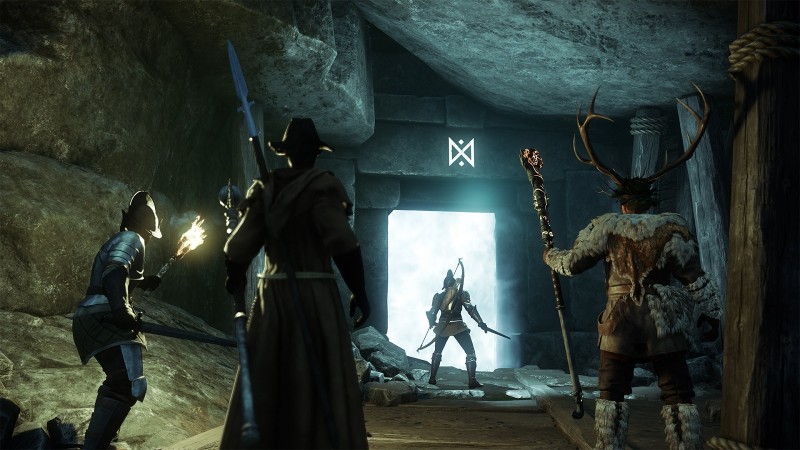 Today, Amazon Games showcased the upcoming PC MMORPG New World with a new trailer that highlights the expedition experience. Expeditions are similar to what players may be familiar with from other MMORPGs in terms of dungeon crawls, group-play endeavors with some puzzling, monster-slaying, and big rewards.. Today’s focus is on the Amrine Excavation, a 5-player delve into the unknown to unearth ancient treasures. Of course, we all know what happens when you head into a long-lost excavation in search of riches, you can be sure to find some other nasties down there as you try to get out with the goods. Check out the trailer below for a look at Amrine, as well as a broader overview of what’s coming with New World this August when it’s scheduled to release.

Amrine Excavation is meant to be an introductory dungeon experience, so players can sort of cut their teeth on teaming up with other players and making their way through a traditional 5-player excursion here. Intro dungeons may not be the most important in terms of player progression, but they are an amazing tool to get players into the MMORPG experience and can be the most memorable. If you look at something like World of Warcraft, most old timers can tell you detailed stories about their first treks through Deadmines, Wailing Caverns, or Shadowfang Keep. Hopefully, New World’s dungeon experiences will prove to be compelling, repeatable content that gets players engaging with each other alongside the encounters.

New World has had its release date pushed back, so hopefully this summer release sticks. While COVID has had massive industry repercussions across the board for the gaming industry over the past year, New World has continually revamped, replaced, and altered systems and mechanics as they tinker with things leading up to release. We’ll see what New World can bring to the MMORPG table on August 31.