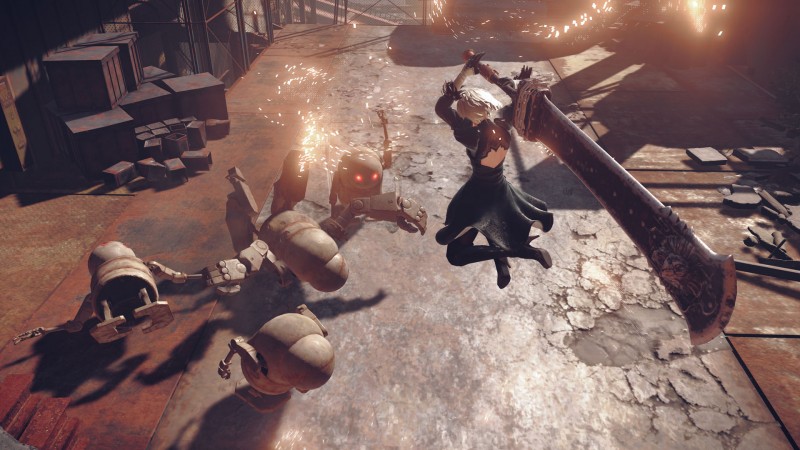 Nier: Automata has a loyal PC playerbase despite the action-RPG’s brief Steam review-bomb period that happened at the end of March earlier this year. Steam users were upset that visual upgrades were still absent from the game many years after its release. Square Enix and PlatinumGames acknowledged these issues and announced a newfound effort to bring the much-needed enhancements to Steam at some undisclosed point in the future. Good thing the modding community is so generous because an amazing Nier: Automata HD Texture Pack got its final major update over the weekend after four years of development.

GPUnity, the mind behind the HD Texture Pack, posted the simple, but important, reason for why they worked tirelessly on the mod: “NieR: Automata is one of my favourite games. Unfortunately, it suffers from some blurry textures that hurt the presentation. My goal is to provide a natural restoration to the low-res textures, maintaining the intended look.”

The final update solidifies GPUnity’s meticulous work on over 300 textures. There is a warning for small performance drop, but GPUnity also provided a version of the HD Texture Pack for players with lower-end systems. You can watch the latest video about the graphical improvements above.

I, for one, was blown away by GPUnity’s mod. The updated character models are particularly great to look at and gives Nier: Automata a new lease on life. Speaking of “version upgrades,” Replicant came out a few weeks ago and as the resident Nier-fanatic (and loremaster) at Game Informer, I can confirm that the reupholstered visuals and combat system go a long way, “This bittersweet narrative is supported by enhanced character models, satisfying hack-and-slash mechanics, and a haunting soundtrack that spins a riveting tale of its own.”

Do you own the Steam version of Nier: Automata and are you planning on downloading GPUnity’s HD Texture mod? If you already have, let us know what you think of the changes!