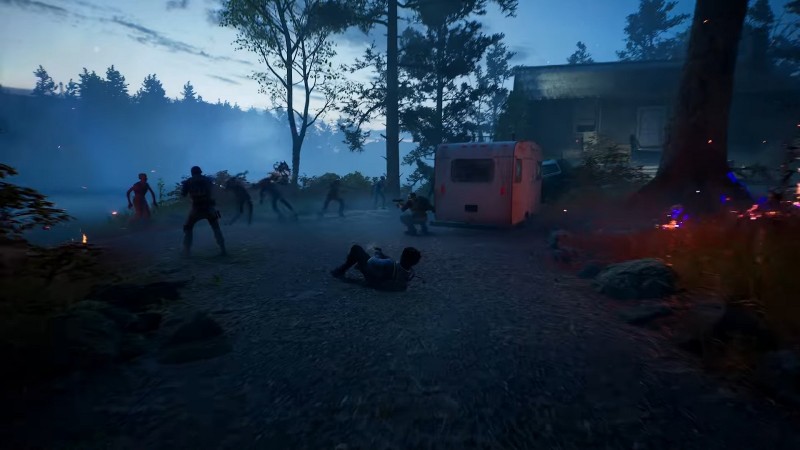 With the upcoming Back 4 Blood, fans of zombie survival shooters look to have their hands full as they fight back against massive hordes. With plenty of Left 4 Dead inspiration, players already had a chance to dig in for a little action earlier this year, and now Turtle Rock is showing off some of the variance you can have from run to run via the card system. With Turtle Rock being the ones that brought us Left 4 Dead in the first place, the inspirations are hardly surprising, but things like the card system add new and important wrinkles to the classic team survival elements.

By creating decks as you progress through each run, every game is different and presents a multitude of possibilities to the player and groups. While we got a brief look at these decks and options in the prior gameplay reveals, today’s trailer digs deeper into card structure and how this mechanic impacts your runs. Take a look at the card system trailer below!

The card system integrates with the adaptive game direction that plots to destroy the players each playthrough. Behind the scenes, the artificial intelligence director keeps tabs on the players and what they’re doing, keeping an eye on how they’re progressing and learning their weaknesses. With this knowledge in mind, special Corruption Cards that impact each game can change up how you prepare for any given situation, adding new elements to the Ridden via mutations.

By preparing your own deck and dealing with the mutations, a good deal of variables are thrown into the zombie mix to keep things fresh. With games that have you play through the same territory/maps over and over, features like the card system can keep runs interesting even after you’ve completed them many times and come up with the perfect deck.

Back 4 Blood is scheduled to arrive on October 12 for PlayStation 4, PlayStation 5, Xbox One, Xbox Series X/S, and PC. Are you looking forward to Back 4 Blood? Let us know in the comments!