Ranking Every Mortal Kombat Game From Worst To Best

Mortal Kombat is a landmark franchise for the video game industry. Not only did it push the boundaries of what is acceptable in interactive media in the ’90s, but the series has continued innovating and evolving the fighting-game genre with high-quality cinematic story modes, new approaches to post-launch support, and a continued desire to push the limits of what can be done in the genre. Whether you’re talking the early entries of the bloody blockbuster or the most recent titles, the series has typically been a fun time regardless of the era. Because of that, ranking every game in the franchise can prove difficult. Still, we decided to give it a shot, laying out the entire series from worst to best.

Check out our ranking below and let us know what you think the correct order should be! 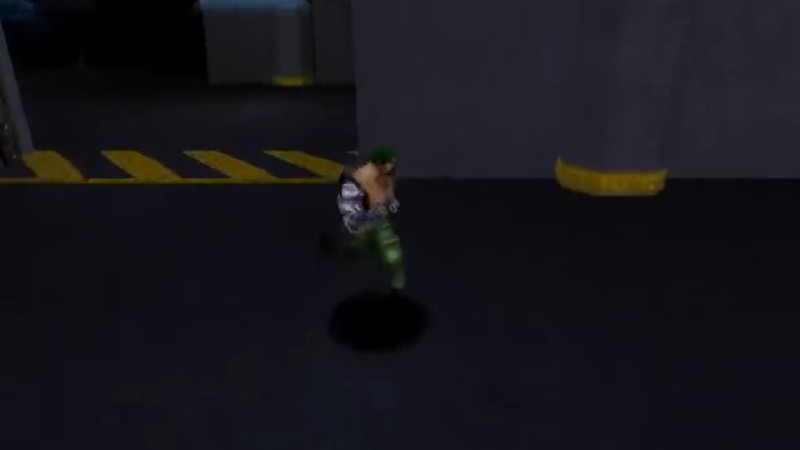 Spin-offs of popular series aren’t necessarily a bad idea, but in the case of Mortal Kombat: Special Forces, this is one that should have remained shelved. Acting as a prequel to the rest of the series, Mortal Kombat: Special Forces put you in the shoes/metal arms of Jax as he battles through stages. While Jax was a popular character following his playable debut in Mortal Kombat II, and the story features him hunting down another popular character in Kano, there’s not much else that makes this third-person action game feel like a Mortal Kombat game. No real Fatalities, a boring combat system, and monotonous encounters make this polygonal brawler a bad game when it released in 2000, let alone in modern times. 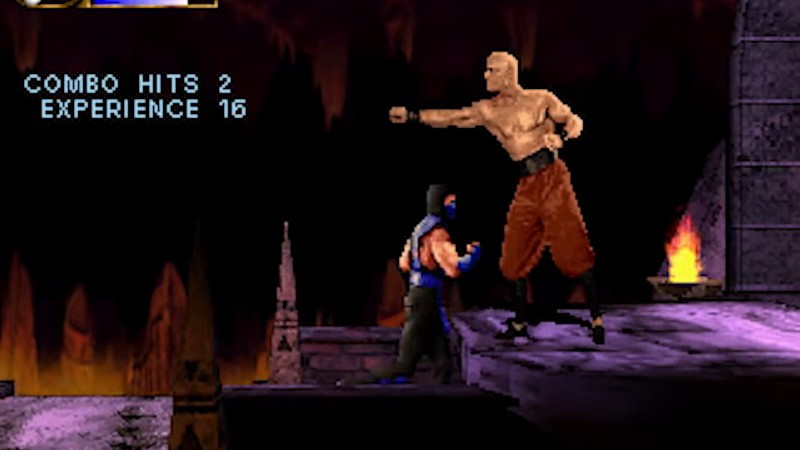 Maybe not quite as ill-advised as Special Forces, but still pretty terrible is the first spin-off game to come out of the Mortal Kombat series, Mortal Kombat Mythologies: Sub-Zero. The base premise is sound: You control the Sub-Zero from the original game, Bi-Han, as he works to find a special amulet for the evil sorcerer Quan Chi. Also, unlike Special Forces, Mythologies features a decent cast of recognizable characters from the series, including Scorpion, Shinnok, and Fujin. The game even attempts to keep the action grounded in the core gameplay and visuals of the series, but as we all found out, those controls are definitely more suited for 1 on 1 fighting rather than a side-scrolling action game with platforming sequences. Even the novelty of the live-action video wasn’t enough to save Mortal Kombat Mythologies: Sub-Zero from its awful level design and boring battles, effectively slamming the brakes on any momentum the series had built up with Mortal Kombat 3 and its revisions. 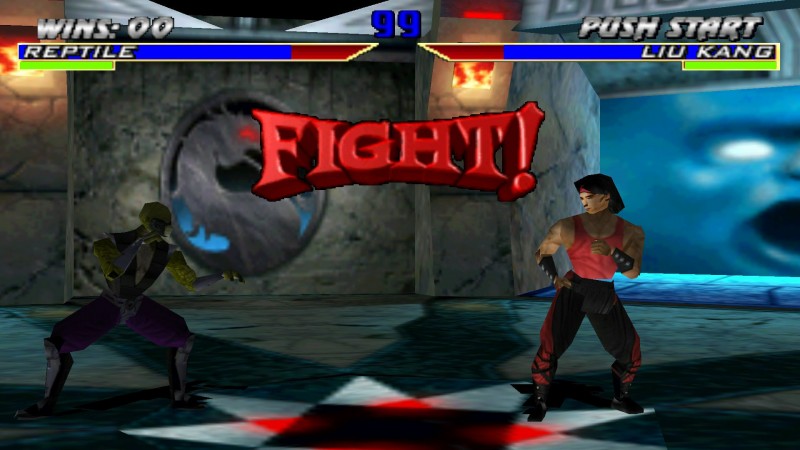 After the overwhelming success and steady evolution of the first three Mortal Kombat games, Midway topped off its blockbuster trilogy with perhaps the most underwhelming fourth entry it possibly could have. Acting as the first game in the series to deliver 3D visuals, the graphics have aged considerably worse than any of its predecessors. That would be easily forgiven if the gameplay was as good as it was in either Mortal Kombat II or III, but unfortunately, the unresponsive controls and uninspired new characters made this the low point in the mainline fighting series. 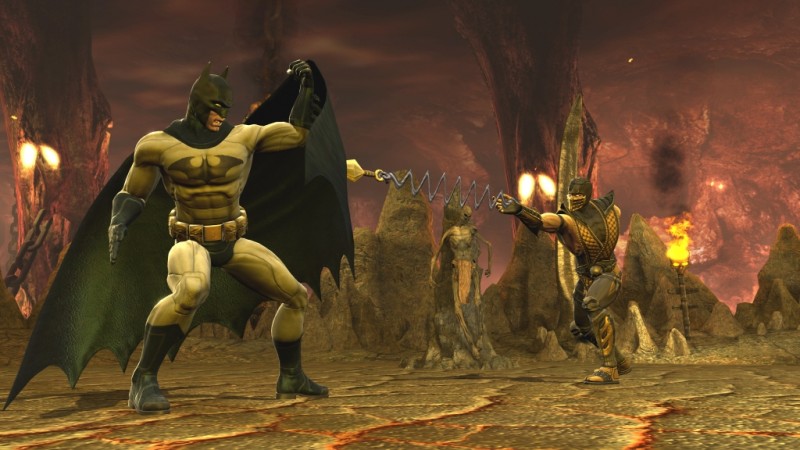 You may not know it from how the DLC of the new Mortal Kombat trilogy has played out, but the series wasn’t always full of crossovers from other universes. Mortal Kombat vs. DC Universe took place at a weird point in the Mortal Kombat franchise; the series had effectively ended thanks to the cataclysmic events of Armageddon, but then the crew came back to fight in Teen-rated, Fatality-lite kombat with the likes of Batman, Superman, and Wonder Woman. The 3D fighting wasn’t the best the series had seen, the fusing of the two universes set a weird narrative premise, and the Teen rating made this feel like bad excuse to resurrect the franchise after it supposedly ended two years prior. Perhaps the best thing to come out of this collaboration would be seeds it planted for the superb Injustice series. 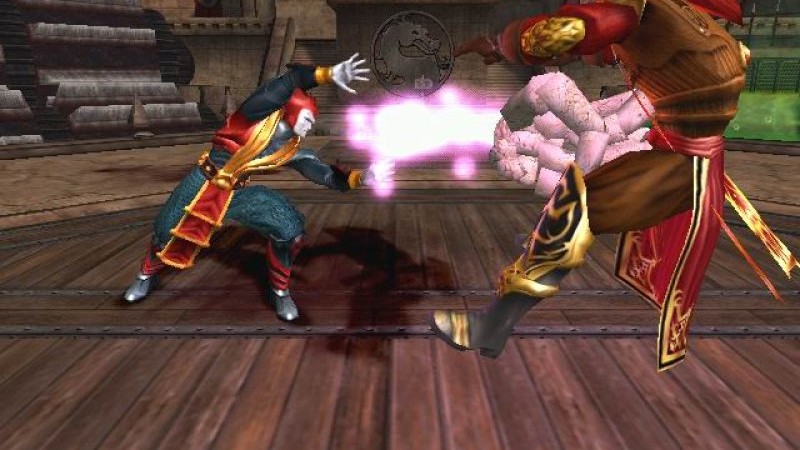 What was supposed to be the ultimate culmination of the first decade and a half of the Mortal Kombat franchise gave players a lot to look forward to. Not only was every single Mortal Kombat character (at that time) included in Armageddon, but you could even create your own fighters to join the roster. Unfortunately, by the time Armageddon rolled around, the then-standard 3D fighting had grown a bit stale and many of the characters from the era felt uninspired, unmemorable, or derivative. Additionally, the massive roster came at a cost as the characters had just two distinct fighting styles instead of three, walking back one of the coolest parts of Deadly Alliance and Deception. Still, despite several forgettable inclusions and the fewer distinct styles, it’s hard to knock a roster that includes such a huge selection of fighters. 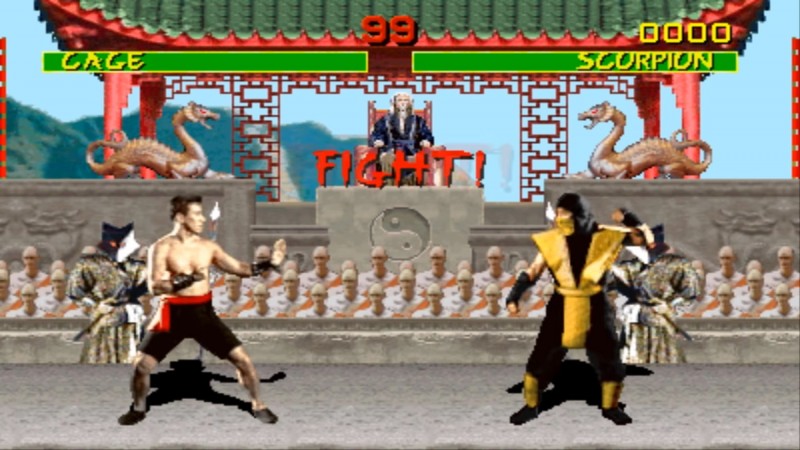 Mortal Kombat certainly deserves a lot of credit as the one that started it all, but looking back on it, you can tell the series wasn’t quite ready to compete with the heavy hitters in the fighting game genre. Mortal Kombat laid incredible groundwork for the series, with mind-blowing graphics for the time, over-the-top violence, and an iconic cast of memorable characters. It also delivered one of the most intimidating boss battles in the history of video games as you faced off against the four-armed leviathan, Goro. However, the fighting mechanics haven’t aged as well as its successors. Regardless of any shortcomings by today’s standards, the first entry of the franchise is one of the most important video games of its era and provided a lifetime of memories for an entire generation of people. 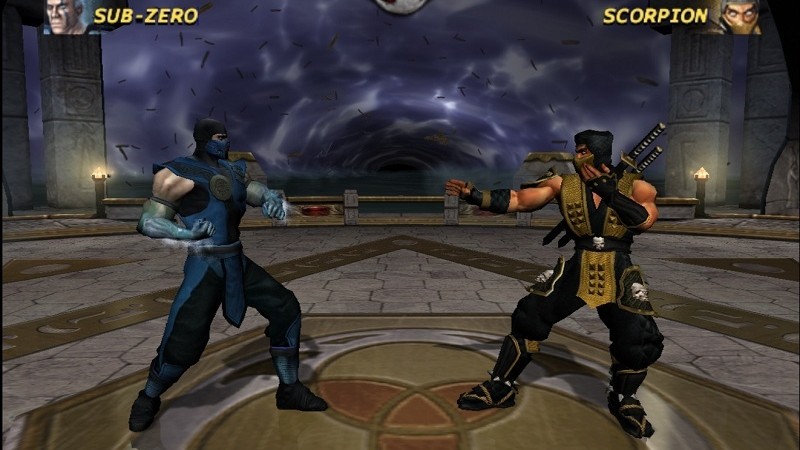 As the Mortal Kombat franchise began targeting home consoles first instead of arcades, developer Midway started thinking more about story. Deadly Alliance kicked off a new trilogy of 3D fighters, with a massive revelation that two of the series’ most evil characters, Shang Tsung and Quan Chi, had joined forces. By implementing multiple fighting styles and offering up a balanced roster, there’s a lot to like with Deadly Alliance. In addition, fans of the 3D era of the series will look toward Deadly Alliance as the one that led the franchise down the right path, but with a limited number of fatalities and the Konquest mode simply serving as a tutorial for characters, it’s not the strongest game of the trilogy it kicked off. 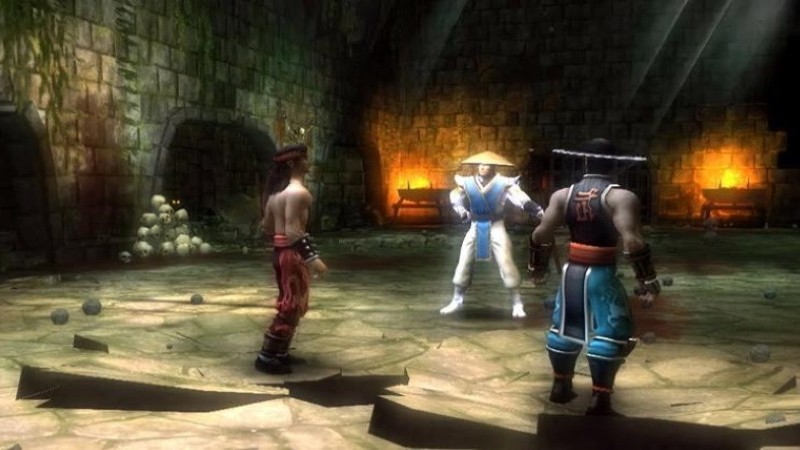 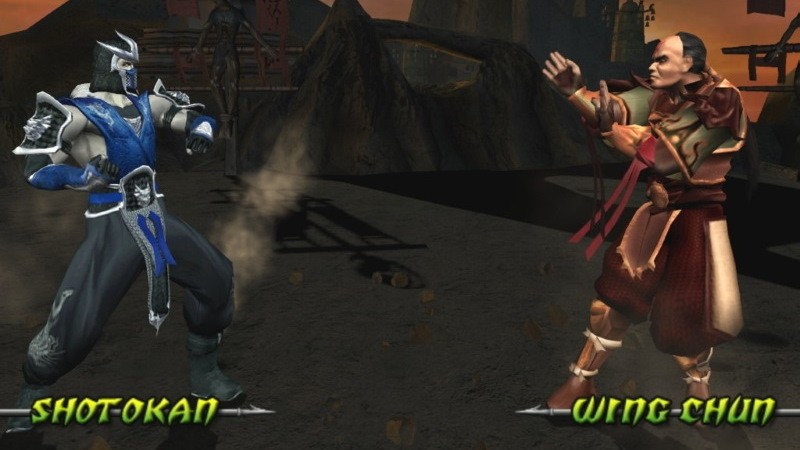 Mortal Kombat: Deception took everything Deadly Alliance did and did it better. After the aforementioned Deadly Alliance of Shang Tsung and Quan Chi complete their mission of defeating Earthrealm, the two sorcerers turn on each other, but a bigger threat looms in the form of Onaga, the dragon king. Not only can you face this monstrous foe in Deception, but love it or hate it, the vastly expanded Konquest mode gave players keen insight into the backstory of how Onaga came to power. While Midway certainly could have chosen a more interesting character to base a long, story-based campaign on (and it did with Mortal Kombat: Shaolin Monks), the Konquest mode proved to be, at the very least, a worthwhile playthrough. On top of that, characters had unique weapons, deathtraps appeared within the stages, and the gameplay was shored up for this follow up, which served as the best 3D fighter in the Mortal Kombat franchise. 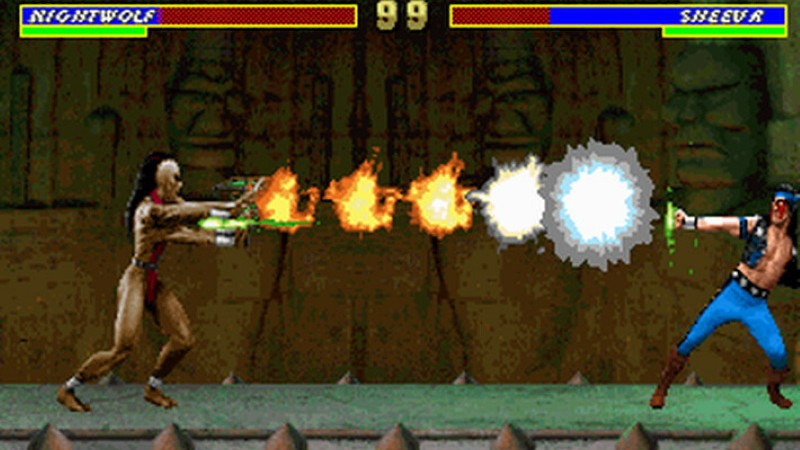 Mortal Kombat 3 carried on the tradition of evolving the still-fledgling series while maintaining the classic kombat of the first two games. However, new gameplay mechanics, like the ability to run, perform chain combos, and access new kinds of finishing moves, were initially overshadowed by the absence of several of the series’ most popular characters (including Scorpion and Kitana). Midway later released Ultimate Mortal Kombat 3, which added many of the missing iconic characters, plus new features and arenas. Finally, Mortal Kombat Trilogy revised the game once again to add more characters and stages, and introduced the Brutality finishing move. This final game in the classic Mortal Kombat gameplay and graphics was a terrific swan song for the style before the series attempted to modernize and flip the franchise on its head with the transition to 3D. 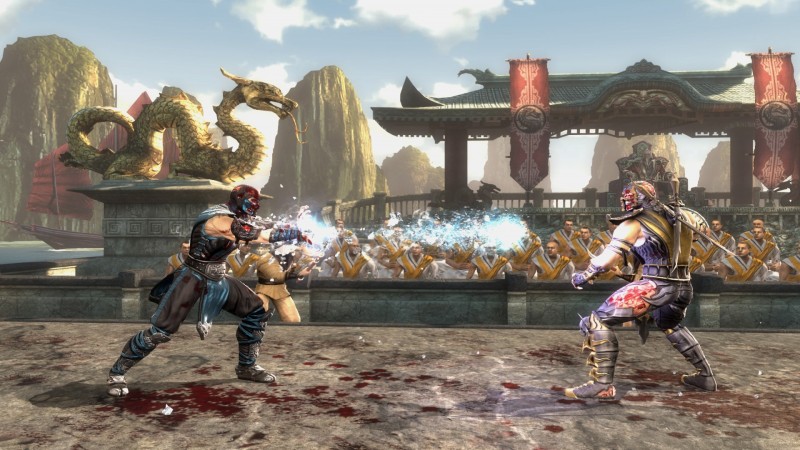 Following an extended stay in the realm of 3D and a continued push toward bombast with its storylines, the newly formed NetherRealm Studios took the Mortal Kombat franchise back to basics in more ways than one. Not only did Mortal Kombat 9 return the series to its 2D fighting roots, but it also brought players back from the brink of Armageddon with a storyline that traveled in time to the beginning of the story, retelling a modified version of the events of the first three games. Aside from bringing together a collection of the series’ most iconic characters, Mortal Kombat 9 also introduced the beloved X-ray moves, where you could see the havoc being wreaked on the recipient’s innards. Perhaps MK9’s biggest legacy over the decade since its launch is its emphasis on narrative storytelling, which established the franchise as the best-in-class storyteller in the fighting game genre. 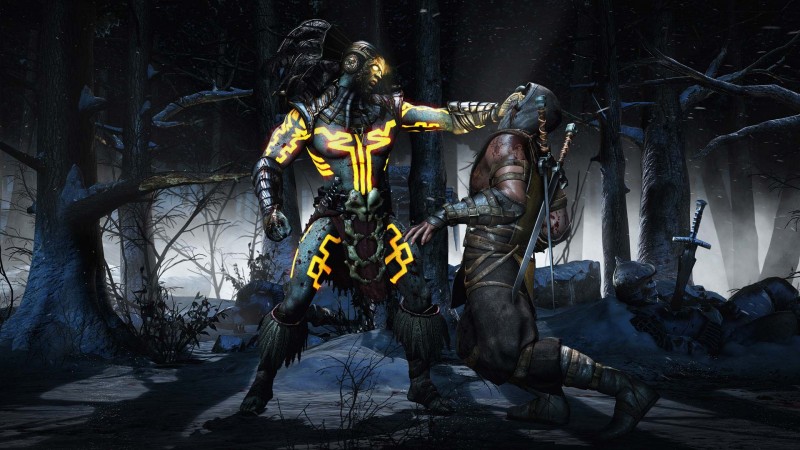 After MK9 returned the series to its roots, Mortal Kombat X began pushing the series forward in exciting ways. The awesome X-ray attacks returned in spades, with more gruesome how-did-they-get-up-from-that moves than in MK9, but the star of the show is the suite of new characters. Whether you’re talking the ice cold mercenary Erron Black, the new generation of kombatants in Cassie Cage and Jacqui Briggs, or the wildly unsettling D’Vorah, Mortal Kombat X delivered some of the most memorable characters since the original trilogy. Not only that, but the story mode weaves them together in compelling ways as they once again battle for the fate of the realms. 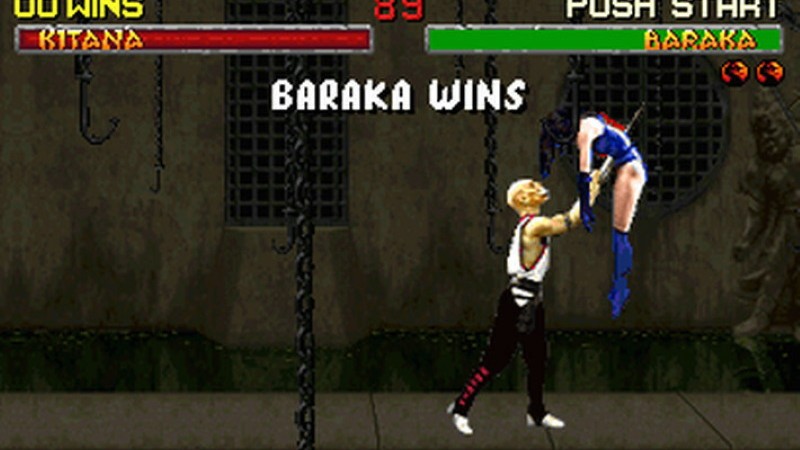 The original Mortal Kombat attracted eyes by way of controversy and a different visual style than other fighters on the market. With the second entry, Midway closed the gap between the Mortal Kombat franchise and its contemporaries like Street Fighter II thanks to myriad gameplay upgrades. Mortal Kombat II also introduced the world to several fan favorites, including Mileena, Kitana, and Kung Lao, and somehow matched the intensity of the Goro boss battle with a showdown against the ultimate challenge in Shao Kahn. Mortal Kombat II will forever be noteworthy as the entry that proved there was more substance than style, and that the MK franchise was one worth watching for more than the blood-splashing spectacle. Mortal Kombat II cemented Midway’s fighter as one of the elites in the video game industry. 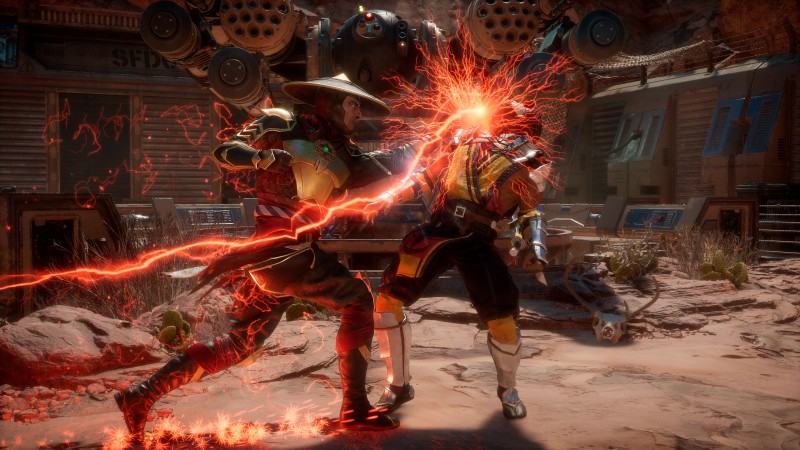 After two overwhelmingly successful entries in the new continuity, NetherRealm Studios set out to create an ambitious and novel experience built on top of the rock-solid foundation started with MK9. The result was Mortal Kombat 11, a game that explored the furthest reaches of the Mortal Kombat lore, introduced another suite of memorable characters, and embraced the Mortal Kombat community in unprecedented ways. Whether you’re talking the nods to the series’ past or the massive Aftermath expansion that added an entire second story mode (featuring actor Cary-Hiroyuki Tagawa reprising his role as Shang Tsung from the beloved 1995 film), Mortal Kombat 11 delivers full throttle on every front.

The game also onboards players better than ever before thanks to an amazingly in-depth tutorial, and keeps players coming back for more with the latest iteration of the Towers mode and a complex Gear customization system. Add into the mix the stellar post-launch support, featuring more than 10 new characters, several new stages, and even new finishing moves, and you have the greatest Mortal Kombat experience available.

Which Mortal Kombat games are your favorite? How do you rank the series? Sound off in the comments section with which games rise to the top for you, and which ones fall helplessly to the bottom of a spike-filled pit.