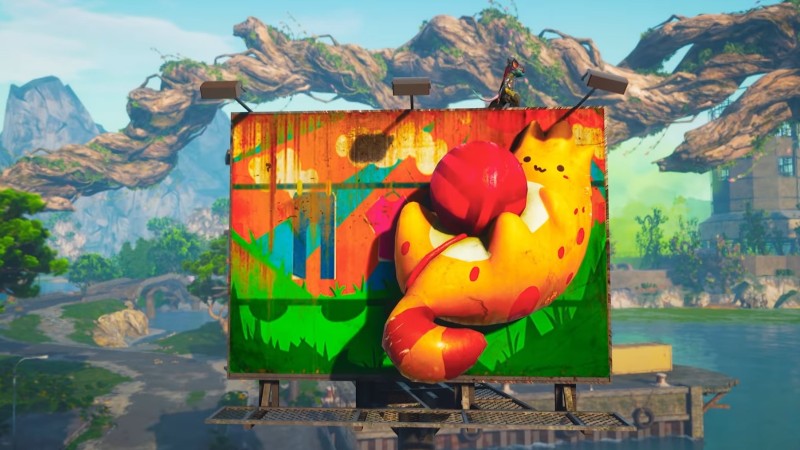 Believe it or not, Biomutant is a little over a month away from launch. That feels wild given how long we’ve waited for it, and after the last trailer took an action-packed look at the game’s combat, the latest video slows things down to let us admire Biomutant’s colorful world.

The serene trailer offers a laid back tour of some of the game’s locales. We get a look at some ruined cities covered in adorable graffiti, villages situated within lush forests, snow-capped mountain trails, and more. The video also shows off some ways you can get around. In addition to hoofing it on foot, you can ride atop a mount or drive giant, mechanical hand. If flying is more your thing, try soaring through the sky in a glider, airship, or even in an open briefcase (somehow).

Biomutant is an ambitious project, allowing players to create their own anthropomorphic critter spliced with a variety of abilities to tackle a post-apocalyptic open world. The game promises a deep, martial arts-inspired combat system on top of plenty of wacky weapons. One reason it’s taken so long to release (it was announced in 2017) is that it’s being assembled by a relatively small team over at Experiment 101, and you can read the studio’s explanation for the long wait here.

After waiting so long for Biomutant, we’re crossing our fingers and toes that it sticks to its May 25 release date. The game will launch for PlayStation 4, Xbox One, and PC. Pre-orders are live now, including the $400 Atomic Edition of the game. Available at select retailers, it includes the base game along with the following:

What do you think of this new look at Biomutant? Let us know in the comments!