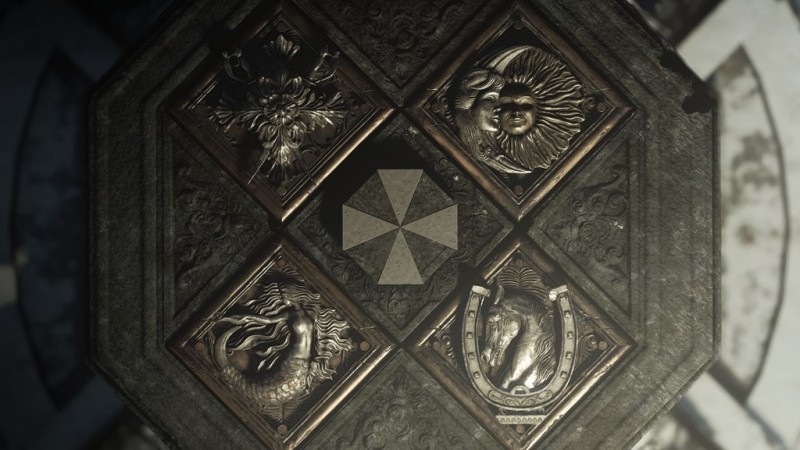 A new Resident Evil Village gameplay trailer is here and there is a lot to unpack. From Lady Dimitrescu’s continued cat and mouse game with Ethan Winters to, what looks to be, a betrayal made by Chris Redfield, there is a lot going on to make fans excited for the next step of Capcom’s epic horror franchise.

During the most recent Resident Evil Village showcase, Capcom showed off a hefty new trailer that explores both the castle in which Lady Dimitrescu and her daughters reside and the village that surrounds it. Shrouded in mystery and chaos, the latest look at the upcoming gaming holds a lot of information, namely that the story seems to be a lot more complicated than we first thought.

The trailer starts off with the mysterious Mother Miranda being referenced in the creepiest way possible, a person fans have speculated is the mysterious masked figure from a Japan piece of promotional art previously spotted.

We already know that Ethan is on a quest to find his daughter and that Chris killed Ethan’s wife, Mia. One question from this has been “Is Chris Redfield evil,” and it looks like Village is set up to answer that once and for all. Whether he truly is evil or under the control of a more sinister power remains to be seen, especially since there are a billion and one different fan theories surrounding the character, especially given the events in Resident Evil 7. There is a lot of back and forth in the latest gameplay, including Winters imploring Chris, telling him “Do me and finish the job.” Earlier in the trailer, he also cries out when Chris attacks him, pleading, “Ethan, no, why!?“

I don’t know, maybe it’s just me, but this game seems to be like a Lycan battle royale. I’m not saying it’s an actual battle royale game, that would be silly, but the Lycans are not messing around when it comes to protecting what’s theirs. There is also a small flash of a waterfall that shows off a beastly-looking water creature.

The latest Resident Evil Village gameplay trailer shares a lot about what’s in store for the road ahead. What part of our latest inside look has you the most excited? Sound off in the comment section below!