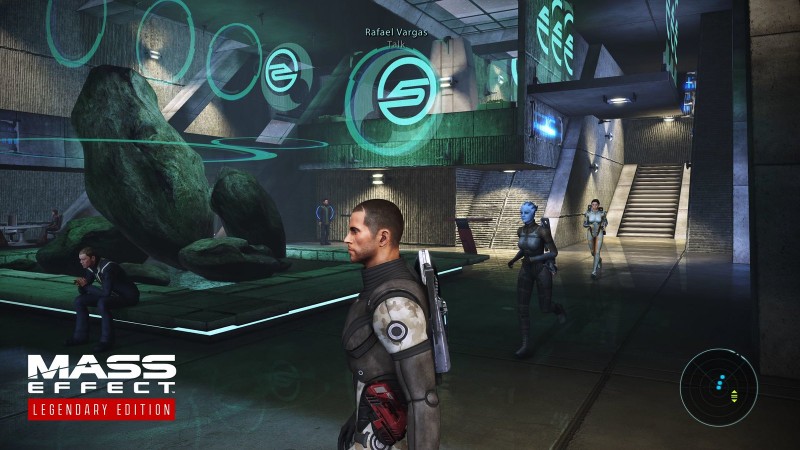 BioWare just showed off a new comparison video for the Mass Effect Legendary Edition, diving deeper into the visual changes players can expect when diving back into the fight against the Reapers.

For those that enjoyed our exclusive coverage of Mass Effect Legendary Edition, including tons of interviews with the dev team, the truth about lost code, and so much more, this new video breaks down those various changes we covered beautifully. Plus, it’s an excuse to see more Thane. Everyone needs to see more Thane:

One aspect of the video above shows off differences seen in Liara T’Soni. While they may seem different, they actually have a much bigger impact on the character than you might think. If you’re interested in learning more, we have a full breakdown of the major ways her small improvements impact the game and her story arc, in particular.

While the biggest changes to the trilogy arguably impact the first game the most, that doesn’t mean Mass Effect 2 and 3 were left out in the dust. “We also improved all cinematics across the trilogy,” says BioWare community manager Jay Ingram in the latest PlayStation Blog post. “Whenever possible, we completely re-rendered the pre-rendered cutscenes in 4K. When it was not possible to re-capture, we utilized an AI upscale program on the original uncompressed videos. In both workflows, we tweaked the color correction, added or composited additional details and visual effects, and even smoothed out some edges frame-by-frame, so they didn’t feel dated when compared to actual gameplay. Cinematic designers fixed dozens, if not hundreds, of bugs that occurred in live-action cutscenes and conversations. Don’t worry, though; the “What’d you just say?” head-spinning meme still exists if you know how to look for it.”

To learn more about what’s new, you can read the full blog post here. Though most of this we’ve covered previously, so if you’re interested in a deep dive into the trilogy remaster, you can check out our Mass Effect Legendary Edition Exclusive Hub right here.

Thoughts on the above Mass Effect Legendary Edition video comparison shared by BioWare? What are you most excited about when the remaster drops next month on May 14? Sound off in the comment section below; Tali’Zorah would want you to.