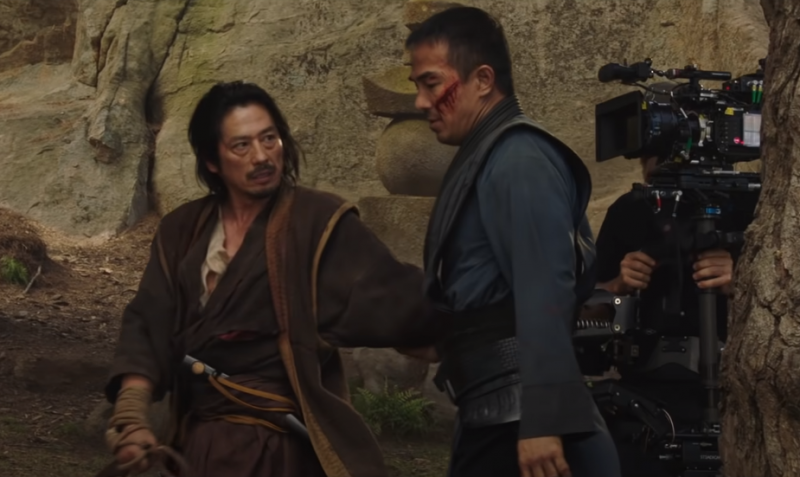 While the Mortal Kombat movie did see a small delay by just one week, the team behind the reboot is not slowing down when it comes to keeping that hype train moving. With a new release date set for April 23 for both a theatrical release and a launch on HBO Max, a new Mortal Kombat movie video has been revealed to show a closer look at what goes on behind the scenes.

“The Mortal Kombat kast is a truly global and diverse group bringing your champions to life,” reads the Twitter caption for the below mini-feature. While the video shows off a plethora of cast footage, it also shows off Nathan Jones as Reiko. From the looks of it, it looks like this film will flesh out Reiko’s backstory even more, which is great when looking at his relatively small impact on the franchise when compared against other fighters.

The Mortal Kombat kast is a truly global and diverse group bringing your champions to life. See it on the big screen in theaters and streaming on HBO Max* – April 23.

*Available on HBO Max in the US only, for 31 days, at no extra cost to subscribers. pic.twitter.com/75sOrg2KdP

Interested in learning more before the film arrives later this month? According to Warner Bros., here is the full synopsis of what to expect:

In Mortal Kombat, MMA fighter Cole Young, accustomed to taking a beating for money, is unaware of his heritage—or why Outworld’s Emperor Shang Tsung has sent his best warrior, Sub-Zero, an otherworldly Cryomancer, to hunt Cole down. Fearing for his family’s safety, Cole goes in search of Sonya Blade at the direction of Jax, a Special Forces Major who bears the same strange dragon marking Cole was born with. Soon, he finds himself at the temple of Lord Raiden, an Elder God and the protector of Earthrealm, who grants sanctuary to those who bear the mark. Here, Cole trains with experienced warriors Liu Kang, Kung Lao, and rogue mercenary Kano, as he prepares to stand with Earth’s greatest champions against the enemies of Outworld in a high-stakes battle for the universe. But will Cole be pushed hard enough to unlock his arcana—the immense power from within his soul—in time to save not only his family but to stop Outworld once and for all?

Between our first look at Kabal in all of his glory to the promise of a gruesome good time that our own Brian Shea detailed in his preview, the Mortal Kombat movie can’t arrive soon enough. While we do have to wait just a little while longer with the week’s delay, the good news is that it hasn’t been pushed back by an entire year like other projects out there.

We’ll be able to see it in action for ourselves when Mortal Kombat arrives on April 23.