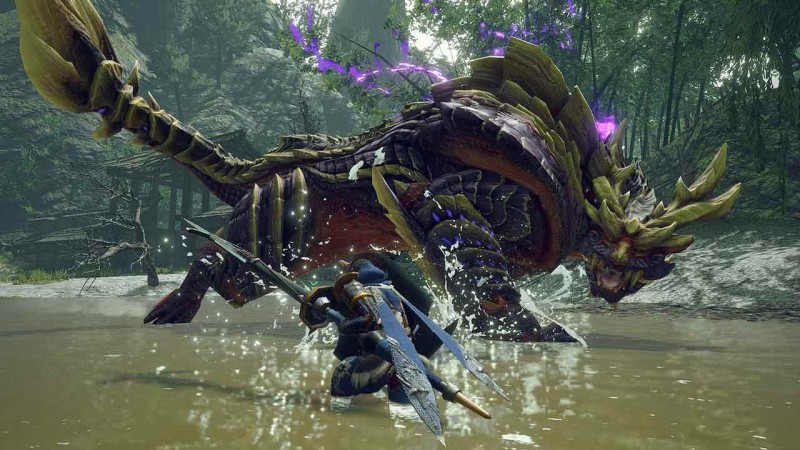 Monster Hunter Rise continues to find unprecedented success, but no game is without its selection of technical issues. A few days after launch, a major bug was discovered after players realized that they couldn’t access their save files. If you were to activate the Action or Hurt Pose from your action bar and quit the game right after, there’s a chance that you wouldn’t be able to get back into the game. Capcom offered a temporary remedy to the issue: access the poses from the start menu instead. And today, some good news has finally arrived: the latest Monster Hunter Rise update fixes the major save-lock bug.

According to the patch notes released on the Monster Hunter website, the fix comes packaged alongside a bevy of other miscellaneous services including but not limited to multiple control-lock bugs (most notably the ones that happen in Kamura Village when calling your Cahoot as well as when you’re out in the field using updrafts at the Lava Caverns or riding your palamute up walls). Some display/UI issues that stem from searching for online lobbies and sitting on a bench with your gestures menu open. You can read up on the patch notes here.

I enjoyed my time with Monster Hunter Rise…until I didn’t. I gave it a 7.75 in my review and said, “Monster Hunter Rise’s gameplay often attempts to copy World’s success, which isn’t always a bad thing. Battles continue to be an exhilarating dance with death, gear customization is satisfying, and coordinating hunts with friends makes for awesome fun and unexpected outcomes. Even with the introduction of new mechanics that help amplify these features, Monster Hunter Rise struggles to establish a creative identity of its own.”

Nevertheless, if you’re new to the series, we’ve got you covered; here’s How To Get Started In Monster Hunter Rise (10 Essential Tips).