The Ascent Shows Off Co-Op With Shadowrun Style 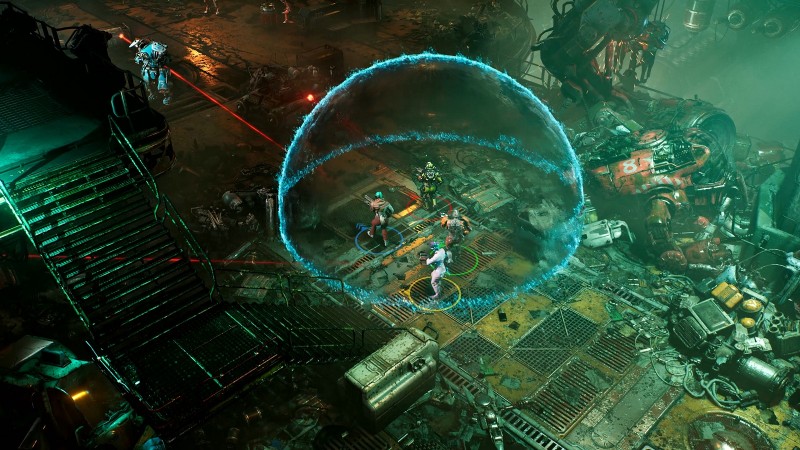 The Ascent unveiled a new trailer today, showcasing co-op play in the tactical future dystopian title. Will your district survive? That’s the big question when The Ascent lands on Xbox Series X/S, Xbox One, and PC this year. The Ascent is also slated to arrive on Xbox Game Pass on day one.

Corporations are trying to take over everything in the wake of social collapse, and you and your crew have to fight back against them, mercenaries, and giant crime syndicates. Along the way you’ll discover the secrets of this futuristic hellscape.

In the trailer, players are treated to core aspects of co-op gameplay. That’s right, you can play with up to 3 others in the Ascent to take on the impossible odds together. Big loot chests. Color-coded character circles that ensure you can keep track of your character. And fast-paced action.

While the Ascent looks like it could easily fill the traditional turn-based CRPG space with its isometric inclinations, instead it’s quite lively. The trailer is packed with explosions, gunfire, and giant suits of heavy armor. There are also plasma beams and electric things. “Electric things” is a technical term for some of the fun stuff showcased in this trailer, so be sure to check it out to see what’s on deck. It looks like there are active dodges in there to go along with plenty of positioning, blasting, thrashing and crashing!

As you can see, the backdrop of Planet Veles looks like a pretty place to hold the ultimate battle for the future. Destructible environments, cyber augmentations, and a wide range of loot round out the experience. Of course, if you don’t want to team up, you can tackle the world solo.

Are you interested in The Ascent? Are you looking forward to more cyberpunk-style experiences? Or is cyberpunk the new zombie/viking/vampire game and you’re looking for something else? Either way, The Ascent looks pretty cool here in the pre-release stage and we’re eager to see more as we plod on to release this year.