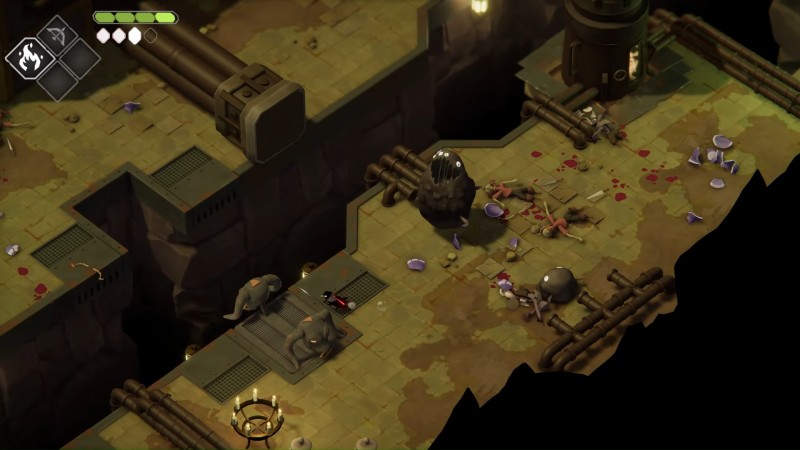 In Death’s Door, players control a crow whose job is to collect the souls of the dead. Your normal day-to-day routine takes a turn for the worst when your assigned soul is stolen by a mysterious thief, and it’s up to you to track it down. The adventure takes you into a strange realm where creatures live far beyond their lifespans and death seemingly has no sway. The reveal trailer below shows off the whimsical environments (such as your striking black and white headquarters) and fast-paced combat.

The design shares some DNA with series like The Legend of Zelda as players cut down foes with their trust sword as well as other weapons they’ll acquire along the way, such as a bow and arrow. The crow also boasts some magical abilities. Weapons and magic can be upgraded to into more powerful forms. The game also has a bit of Metroid in that certain areas will be inaccessible without a certain item or ability. The large overworld is filled with secrets, weird characters, and no shortage of large-scale boss fights.

Death’s Door stands as Acid Nerve’s biggest game yet. While Titan Souls could be completed in a handful of hours, the developers told Game Informer that they envision Death’s Door to take around 10. From the beautiful presentation and unique premises to the hack and slash combat, the game looks like it’s shaping up to be a neat action-adventure romp we’re itching to get our hands on.

Death’s Door striking art and unique premise makes it a game worth keeping an eye one, especially if you’re a fan of Titan Souls. Acid Nerve plans to release the game sometime this summer on Xbox Series X/S, Xbox One, and PC.

What do you think of Death’s Door? Did you enjoy Titan Souls? Let us know in the comments!

Source: Game Informer Play A Sword-Wielding Crow In Death’s Door From The Makers Of Titan Souls