Why It Takes Two is One of the Year's Best Games 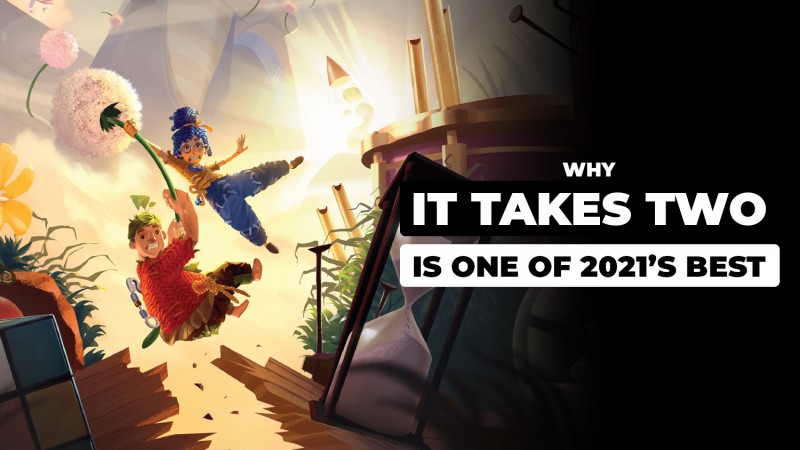 Whether you enjoy the antics of the world’s best assassin in Hitman 3 or taking a tour around Lake Lapcat in Super Mario 3D World + Bowser’s Fury, 2021 has produced plenty of fantastic video game experiences. It Takes Two is no exception, as Hazelight Studios’ newest action title delights in how its co-op gameplay makes the old feel new again and meshes perfectly with a mature and heavily affecting story about love and loss. Don’t believe me? Check out this excerpt from the official Game Informer review:

It Takes Two may not be the platforming juggernaut that it aspires to be, but it more than makes up for it with its big heart, wealth in variety, and gorgeous imagery. All of its individual actions are things we’ve done in other games, but when applied to this distinct cooperative approach, they take on a whole new life and are used in wonderful ways over a long adventure. The action will have you laughing and screaming at your TV, and the story stays strong throughout, creating the backbone for an entertaining adventure that roars with excitement and should keep you glued to the controller to see if this couple’s lost love can be rekindled.

See, high praise, right? But sometimes, a 1200 word review isn’t enough. Join the man behind the review, Andrew Reiner, as he sits down with Alex Van Aken and Alex Stadnik to discuss what It Takes Two is and the four reasons he believes the developer has created one of the best games of 2021.

If you need more It Takes Two before its release on March 26, be sure to check out your first look at some of the game’s creative bosses, more awesome gameplay, and an in-depth discussion of Hazelight’s new co-op title on a recent episode of The GI Show.

You can pick up It Takes Two later this week on PlayStation 5, Xbox Series X/S, PlayStation 4, Xbox One, and PC.

Source: Game Informer Why It Takes Two is One of the Year's Best Games