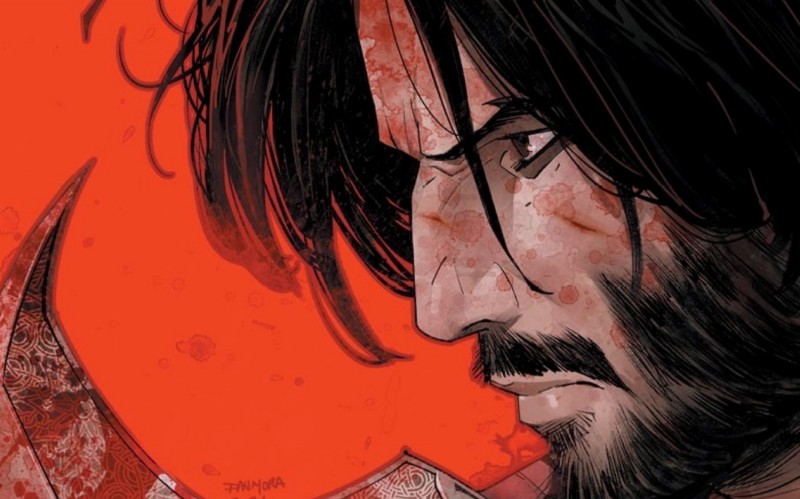 Earlier this month, we shared details about Keanu Reeves’ new comic series called BRZRKR. The comic featured a powerful warrior that looked a lot like Reeves himself, and the reception was so positive that Netflix is turning it into not only a live-action movie but an anime as well.

It’s a story co-written by the high-profile actor alongside New York Times bestselling author Matt Kindt (Justice League of America) with Ron Garney’s stunning artwork. It’s a majestic tale of an immortal warrior named Berserker, a half-mortal / half-god that has seen and done some things in his past. The comic follows this character’s journey into a government position where he uses his powers to take on the jobs normal humans can’t even imagine. It promises a lot of action, a tortured backstory, and pure badassery, and Netflix is looking to expand that adventure even further.

Exciting news! Netflix is developing a live action film AND follow-up anime series based on Keanu Reeves’ BRZRKR, a brutally epic saga about an immortal warrior’s 80,000 year fight through the ages. Reeves will produce and star in the film, and voice the anime. pic.twitter.com/RVWEuBCXTJ

The movie and anime series will follow this 80,000-year-old demigod with Reeves producing and starring in the movie itself. Netflix has also confirmed that he will also voice his own character in the anime adaptation as well.

Netflix has been on a roll with adaptations from games, books, and comics, and this latest addition to its subscription service fits right in. With Netflix’s The Witcher season 2 on the way, in addition to a Dragon’s Dogma anime, a Resident Evil series, and more, it’s kind of a good time to be a part of “nerd culture” because we are getting everything handed to us on a silver platter in terms of additional entertainment.

So what do you think? Did you check out Reeves’ BZRKR comic? Are you excited to see the 12-issue comic series fleshed out more with an anime and live-action movie from Netflix? Sound off with your thoughts in the comment section below! You can also learn more about the comic itself through the original Kickstarter seen here with Boom! Studios.

Source: Game Informer Keanu Reeves' BRZRKR Comic Is Being Made Into An Anime And Live-Action Movie