Be sure to check out our reviews of other popular streaming services: Netflix, Disney+, Amazon Prime Video, Hulu, Apple TV+, HBO Max, Peacock, and Discovery+.

A “new” contender has entered the Great Streaming Wars in the form of Paramount+, which is the rebranded name for the platform formerly-known as CBS All Access. On March 4, Paramount+ launched in the US, Canada, and Latin America with a massive media library of more than 30,000 television episodes, 2,500 movie titles, and over 1,000 live sporting events annually. Paramount+ is the new streaming home for all things under the ViacomCBS banner: BET, CBS, Comedy Central, MTV, Nickelodeon, Paramount Pictures, and the Smithsonian Channel.

Paramount+ is the second major streaming platform to launch in 2021 after Discovery+ made its impressive debut back in January. But where Discovery’s content strategy is focused entirely on the reality TV space, Paramount+ looks poised to compete with streamers like Netflix and Amazon Prime Video with a unique blend of scripted and unscripted original series. However, to compete against those aforementioned streaming giants, you need IP.

At a reasonable $5.99 per month in the US ($9.99 for the ad-free version), Paramount+ has a mountain (forgive the pun) of IP in the form of its massive Star Trek empire that continues to expand with the addition of two upcoming series: Star Trek: Prodigy and Star Trek: Strange New Worlds. The streamer also recently announced its adaptation of the Halo video game franchise starring Pablo Schreiber as Master Chief will premiere on Paramount+ in early 2022. At launch, new titles like The SpongeBob Movie: Sponge on the Run, The Real World Homecoming: New York, and the For Heaven’s Sake documentary are available to stream at no extra cost to subscribers. While the user interface is a bit clunky and not as aesthetically pleasing as some other streaming platforms out there, overall Paramount+ makes a strong debut with plenty of movies and shows to binge at launch. 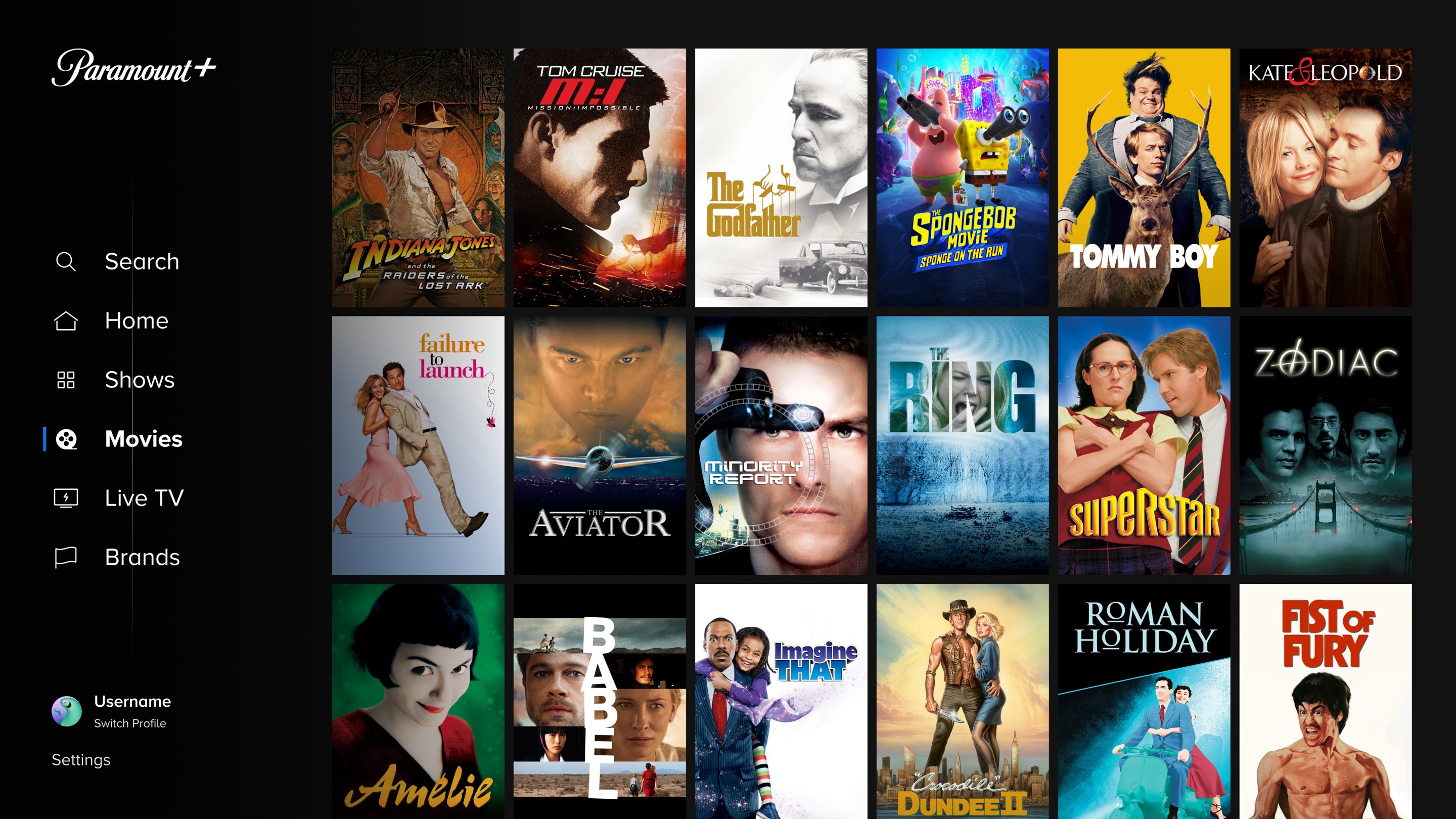 With over 2,500 movie titles available at launch from Paramount’s vast catalog, there are plenty of titles to stream from a variety of genres. If you’re in the mood for action, Paramount+ has three of Tom Cruise’s Mission Impossible films and all four Indiana Jones titles. On the classic film front, some highlights include To Catch a Thief, the Godfather trilogy, and Chinatown.

And for the sci-fi aficionados out there, Paramount+ is the place to be for all things Star Trek old and new. Whether you want to rewatch episodes from Star Trek: The Next Generation or finally catch up on some of the newer entries like Picard or Discovery, Paramount+ has you covered. However, at launch, none of the three J.J. Abrams-produced Star Trek films are available.

The streamer is also developing movies exclusively for Paramount+, which include new versions of Paranormal Activity and Pet Sematary, as well as an original supernatural story, titled The In Between, starring The Kissing Booth’s Joey King. Paramount+ will also stream upcoming blockbuster films following a theatrical release window of 30-45 days, including A Quiet Place Part II, Mission Impossible 7, and Paw Patrol: The Movie.

While there’s no denying that Paramount+ has an immense library of over 30,000 episodes of old TV shows such as Avatar: The Last Airbender, Reno 911!, and Chappelle’s Show, the streamer is lacking in the originals department compared to competitors like Amazon and Netflix. At the time of this writing, Paramount Plus’ original library consists of around 20 series, with four of them being set in the Star Trek Universe. Other original titles, including the gritty crime drama One Dollar, the Twilight Zone reboot, and Strange Angel, have already been canceled.

However, though Paramount still has a long way to go before catching up to some of its competition in terms of its originals lineup, there are several exciting series in development from prominent Hollywood creators. Some notable titles include a new animation studio dedicated entirely to creating movies and TV shows set in the Avatar: The Last Airbender universe, the two new Star Trek series, Halo, and a Rugrats reboot featuring the original voice cast. 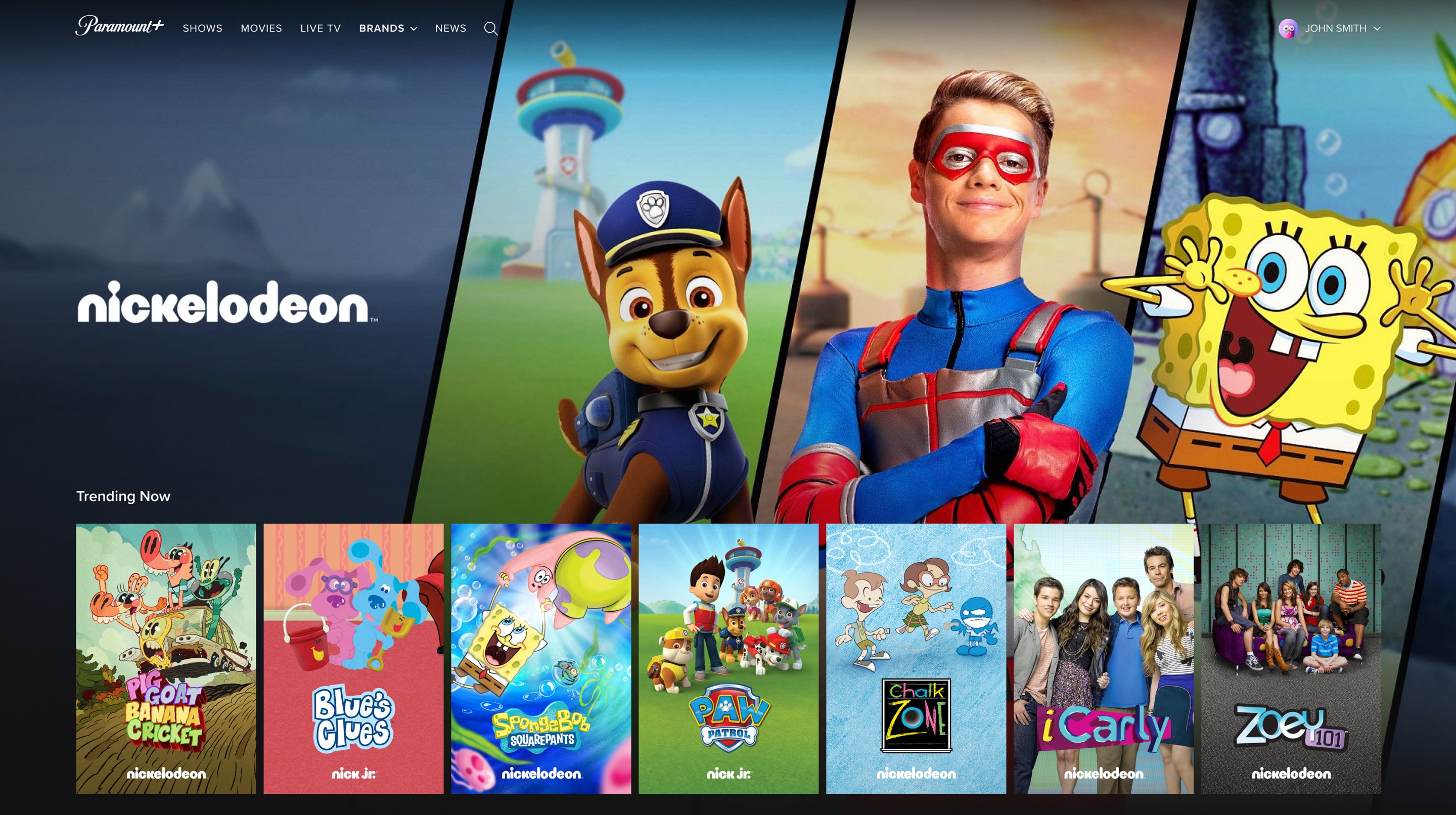 Even after its rebranding, Paramount Plus’ user interface looks basically the same as it did when it was called CBS All Access, which isn’t a good thing. It’s not that the UI is atrocious by any means, but on set-top-boxes and smart TVs the whole experience feels clunky and not aesthetically appealing when compared to Netflix or Apple’s attractive interfaces. If I had to compare it to another streaming UI, I would say it closely resembles Amazon Prime Video’s, which is also in need of a facelift.

On mobile and desktops, however, Paramount+ is a much smoother experience, offering colorful animations (a la Disney+) when your mouse hovers on one of the six ViacomCBS station affiliates. Streaming mainstays such as “continue watching” and the ability to download movies and TV shows for offline viewing are easily accessible throughout, though there is no way to create a “favorites” or “watch later” list, which is a surprising omission considering most providers offer that particular feature.

In terms of picture and sound quality, Paramount+ delivers 4K Dolby Vision HDR for its “Paramount+ Originals” such as Star Trek: Discovery and Stephen King’s The Stand. The one caveat here is that you need to pay for the premium tier of $9.99 per month to access 4K HDR content, which is something Netflix also does, though its premium tier costs a whopping $17.99 at the time of writing. Overall, the layout is easy to navigate, with headers indicating where to go for “Movies,” “Shows,” and “Live TV.” And while it’s certainly not the best-looking UI on the market, Paramount+ won’t leave you feeling lost as you navigate its mountain of content. 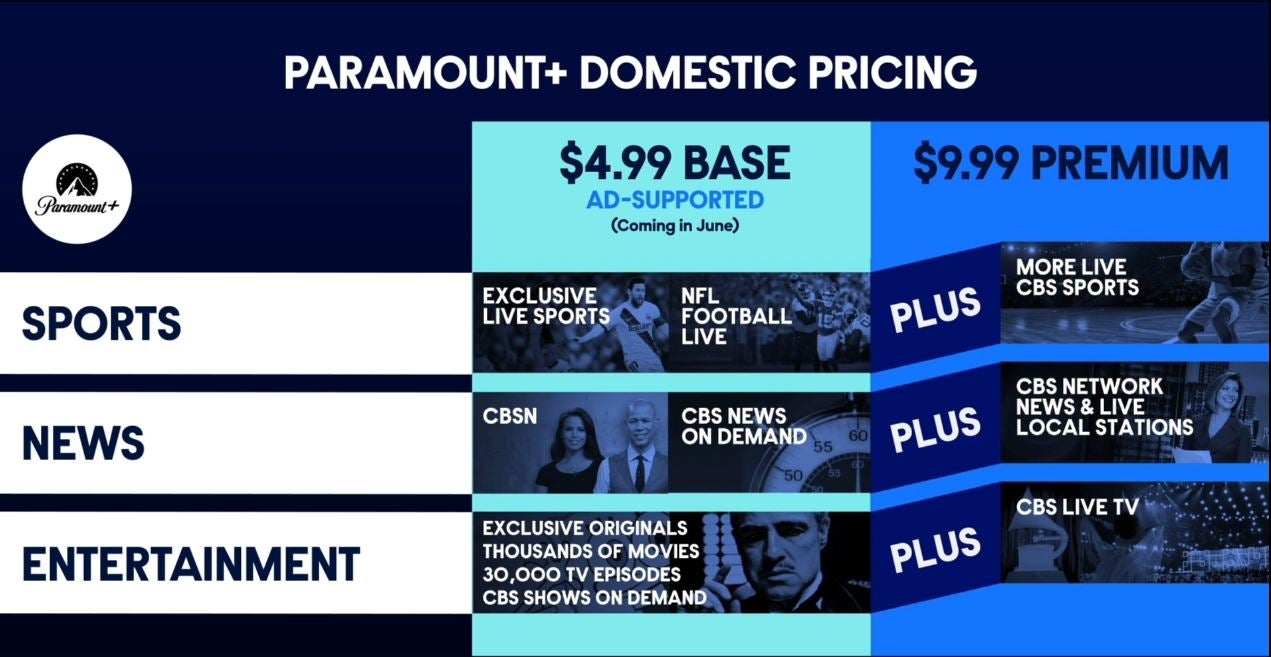 In terms of pricing, Paramount+ falls in the lower-priced tier of streaming services at $5.99 per month with ads and $9.99 for the ad-free version. An important note here is that starting in June 2021, Paramount Plus’ lowest-priced tier will decrease by one dollar to $4.99 per month, but there is a catch. While current subscribers are still able to access live local CBS stations on the platform’s lowest tier, in June, the base subscription plan will not allow you to stream those stations, though you will still be able to watch live sporting events like the NFL and UEFA Champions League.

Even with the lack of 4K HDR and local CBS channels, $5.99 per month with ads ($4.99 in June) is a pretty damn good deal, considering the deep library of movies and TV shows available at launch, plus the 1,000 live sporting events annually, which include the PGA Tour, NCAA, SEC, The PGA Championship, UEFA Europa League, National Women’s Soccer League, Concacaf and more.