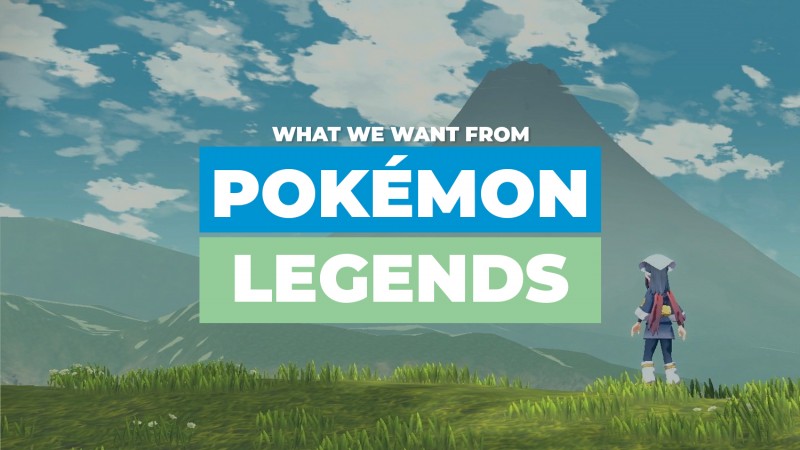 The reveal of Pokémon Legends: Arceus stole the show during this morning’s Pokémon Presents presentation. The upcoming open-world game launches on Switch early next year and transports players back in time to the feudal period of the Sinnoh region. Trainers are let loose to explore a seemingly vast open-world teeming with Pokémon across several generations. Per the title, the game is headlined by the legendary Arceus who, from what I understand, is basically God? So far Pokémon Legends Arceus looks great (if not a bit choppy) but what does it actually entail, and most importantly, what do we as players want to see from it?

Join Pokémon enthusiasts Alex Stadnik and Brian Shea as well as lapsed fan Marcus Stewart (that’s me!) as they share their heart’s desires for Pokémon Legends: Arceus and analyze the debut trailer frame-by-frame. Will we get a thorough look at the lore and story of the origins of the Sinnoh region? How will catching and battling work? Will there be an antagonistic force or will players be free to wander the landscape and explore to their heart’s content? We won’t know the answers until later this year, we hope you enjoy this conversation as we break down what we hope Game Freak’s first venture into the open-world genre will entail.

If you missed out on the presentation, it gave us another look at gameplay for New Pokémon Snap and also featured the exciting reveal of Diamond and Pearl remakes coming to Switch. All in all, it looks like a pretty great time to be a Pokémon fan.

If you enjoyed our takes on Pocket Monsters, maybe you’ll love listening to our expert opinions on the recent Mortal Kombat movie trailer. Be sure to also check out and subscribe to Game Informer‘s YouTube channel for more fun and informative videos like this one.

Source: Game Informer What We Want From Pokémon Legends: Arceus