Shovel Knight Gets Another Crossover, This Time In For Honor 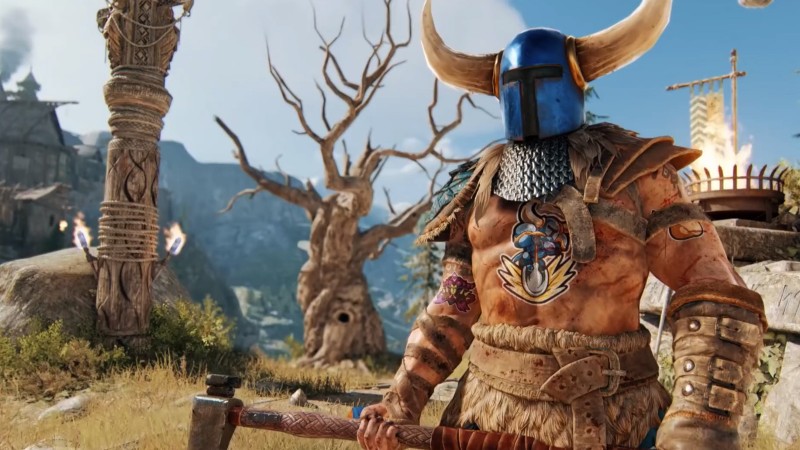 Have you been playing Ubisoft’s For Honor lately? Maybe you should be! But in case the prospect of the game’s intense multiplayer battles isn’t enough to pull you in on its own, perhaps a little shovel-related incentive can push you over the edge. That’s right: Yacht Club’s perennial guest hero, Shovel Knight, is now available (sort of) in For Honor.

As part of the announcement of For Honor’s Year 5 content, Ubisoft has announced that Shovel Knight-related cosmetics are available in the game for a limited time. Before we get into the details, take a look at what to expect in the trailer below:

While this isn’t technically a cameo appearance from the famed knight himself (maybe For Honor can’t support Catfish People?), these items definitely add some of Shovel Knight’s signature flair to the For Honor battlefield. The official Ubisoft press release breaks down the specifics of what’s available starting today:

Players can dig into Shovel Knight-themed content including a Shovel Drop Emote and 3 Illustrious Outfits, each featuring Ornaments, Mood Effects, Symbols, and more. The Emote will be available for 10,000 Steel, and the Outfits will be available for 15,000 to 20,000 Steel each; all items can be purchased via the in-game store from now until March 4.

If you aren’t familiar with the Shovel Knight series, it started as an excellent retro-styled action game before branching out in other directions. Since the first game’s release, Shovel Knight as a character has become a bit of an indie all-star, appearing in a variety of projects as a guest.

When it comes to For Honor, you can familiarize yourself with the game by reading Jeff Cork’s original review – but that won’t give you the most current picture. Today’s update is just the most recent in a long string of updates and additions over the last four years. The fact that the game has been thriving for so long is definitely a testament to the dedication of its player base.

Are a For Honor master who has been playing since day one? Are you a Shovel Knight fans who wants to see it all? Share your thoughts about this recent crossover in the comments below!

Source: Game Informer Shovel Knight Gets Another Crossover, This Time In For Honor