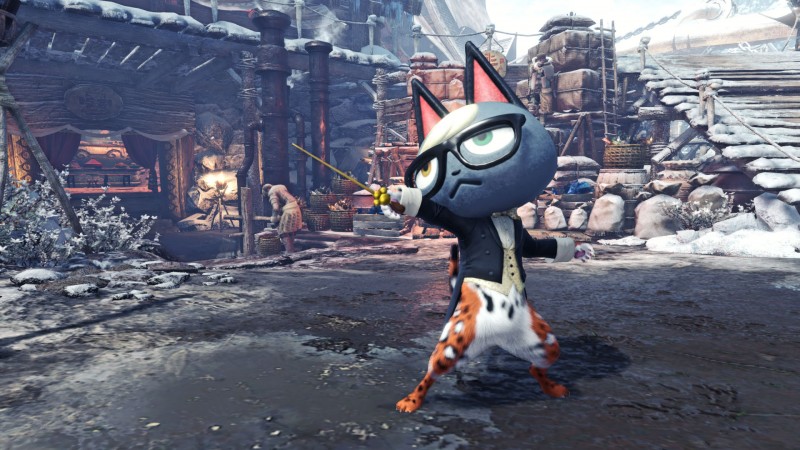 Monster Hunter: World is cool and all, but what could make it even cooler? Animal Crossing villagers as Palicos! This Monster Hunter: World mod does just that…sort of. While the villager part is still true, it only applies to the top half of their bodies, resulting in something that is equal parts cute and terrifying.

The mod itself is for the PC version of the game (given that mod support on consoles is still incredibly limited) and retextures the various Palico heads to look like iconic villager cats instead. Since we still don’t have Raymond in Animal Crossing: New Horizons, this was the closest thing I could get outside of replaying older games in the franchise. 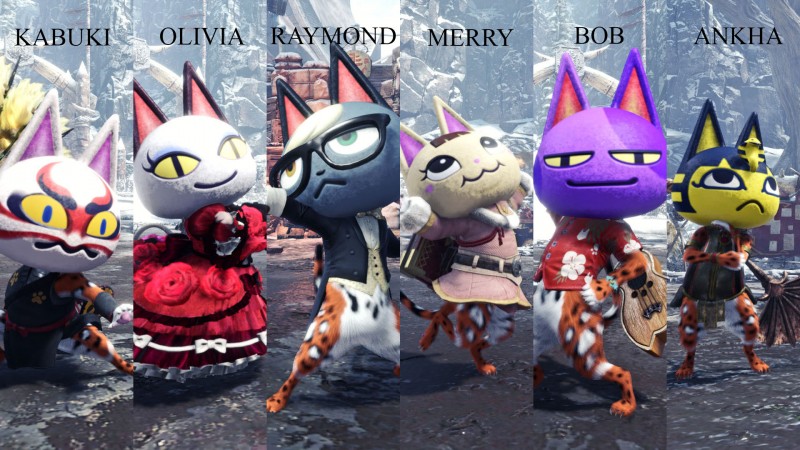 The mod itself replaces the Palico helms by default. For those wanting a particular villager to bring into the world of Monster Hunter, here’s what you need to know about which code belongs to which face:

It’s pretty easy to do; manually copy the contents of the zip file (downloaded here) and place them in your Monster Hunter: World installation folder. If you don’t know what that is, it’ll be where you find MonsterHunterWorld.exe.

Want more mods? Check out a few of my other favorite Mod Corner picks below:

Thoughts on the creepy Monster Hunter: World mod that brings in Animal Crossing? What other games would you like to see faithfully recreated? Sound off with your thoughts in the comment section below! You can also hit me up if you’re looking for a specific game for mod recommendations!