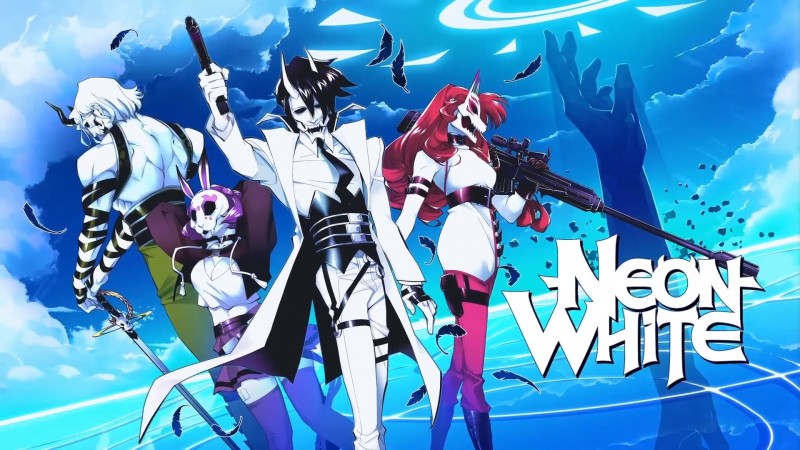 Neon White is a fast-paced first-person action game that is all about kicking butt and taking names when it comes to obliterating demon scum in Heaven. Players will be able to take on the role of White, an assassin from Hell, on the go when the game comes to Nintendo Switch later this year.

During the most recent Nintendo Direct, the company shared our first look at the platformer on the handheld console. While we didn’t get a release date other than a window of winter 2021, Neon White looks to be the perfect fit for the Switch and just in time for the holiday season.

Play as White, an assassin that was chosen by the powers of Hell to compete with other demon slayers for a chance at a permanent location change from Hell to Heaven. Sounds easy for an assassin, right? Well, it should be but it looks like White may see some familiar faces from his past. Can they kill those that may have been friends in the past?

From the Soul Cards to deal out massive amounts of damage to timed events for that competitive edge, Neon While will offer a little something for everyone when it arrives later this year.