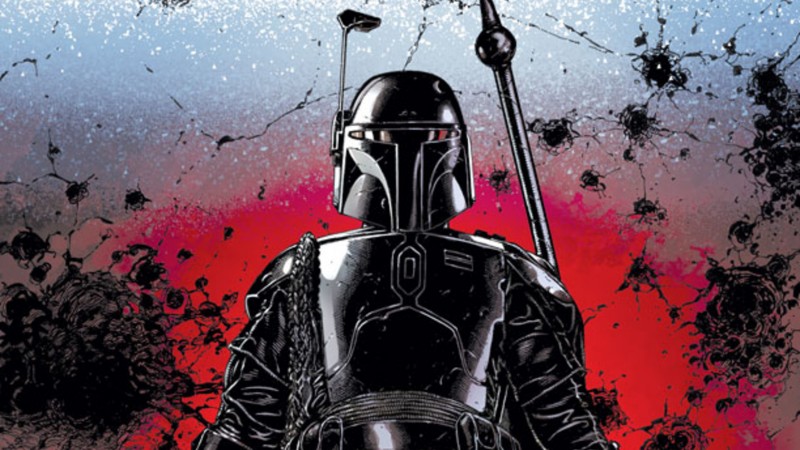 Star Wars and Marvel have been household names for the longest time. Aside from respectively touting extensive lists of movies, television shows, and other forms of media, Star Wars and Marvel Comics have continuously crossed paths since the 70s. The stories that emerge from the two heavyweights’ many collaborations  — canon or otherwise  — leave fans satisfied, yet hungry for more. And the next chapter in the Star Wars-Marvel Comics saga is just around the corner.

Exciting new artwork accompanies a recent post on the official Star Wars website and reveals the latest main character in the next Star Wars-Marvel Comics project: One of the galaxy’s most renowned bounty hunters, Boba Fett. Boba Fett is no stranger to the limelight, but the masked gunslinger’s reputation for teetering on the threshold of reserved anti-hero and cruel villain has solidified him as one of Star Wars’ most mysterious personalities. Information regarding the upcoming comic’s central narrative is still under wraps, but you’ll be happy to know that more details will be revealed on the Star Wars website tomorrow. You can see the stunning image of Boba Fett below. 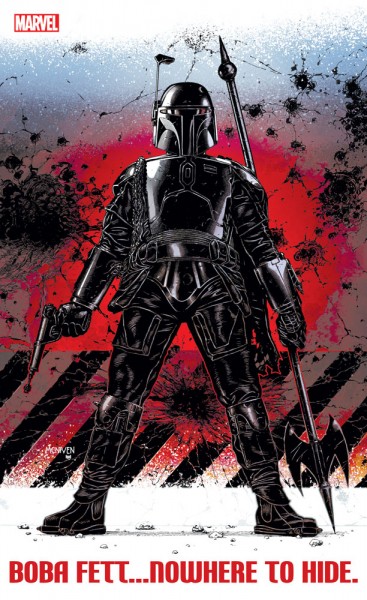 Fett stands menacingly at the center of a battlefield after what looks to be a heady firefight. He holds a blaster in one hand and a spear in the other. There’s a wall riddled with bullets and craters (likely made from thermal detonators or throwables of some sort.). And at his feet, the phrase “Boba Fett…Nowhere To Hide” potentially hints at the upcoming comic’s high stakes. Perhaps Fett is on the run or maybe this is merely some standalone scene where Fett faces an army of enemies head-on. I suppose we’ll all find out tomorrow!

In other Star Wars news, Ubisoft and Lucasfilm Games announced a new story-driven, open world game that takes place in the galaxy far, far away. I’m very excited for what the developers have in store and couldn’t help but put together my own wishlist for the highly-anticipated title.