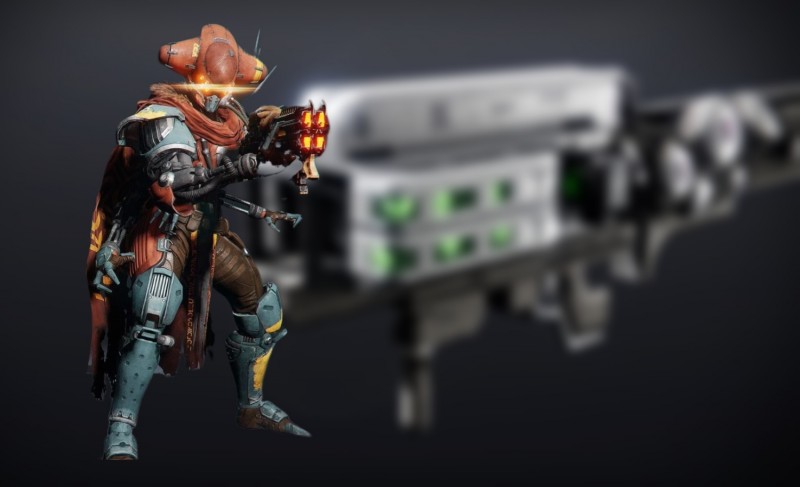 Following the most recent reset in Destiny 2: Beyond Light Season of the Chosen, many players were wondering if the raid exotic ‘Eyes of Tomorrow’ rocket was nerfed. Turns out, the dramatic weakening wasn’t intentional as Bungie confirms that the issues are related to a bug and that the team is working on a fix.

The Eyes of Tomorrow rocket launcher is a drop from the final encounter in the newest raid to join the game, Deep Stone Crypt. It’s a highly desirable weapon due to the perks attached, but the latest update saw a massive decline in the power behind this exotic. The weapon in its normal form fires out several powerful rockets in one swoop but many Guardians have noted that the damage has been noticeably less. Given that the rockets themselves were buffed, the issues with the rocket launcher were confusing. Luckily, we have some clarity and Bungie should be rolling out a fix soon.

Just confirmed that any damage reductions to Eyes of Tomorrow were definitely not intentional and the team is currently investigating it as a bug.

Adaptive Ordinance only triggering off of kills is intentional as referenced in it’s description. https://t.co/5MmgUXp2kq

Bungie’s community manager Cozmo took to Twitter to respond to a question directed at the team, asking if there was an update on the nerf in question. Cozmo responded, saying “Just confirmed that any damage reductions to Eyes of Tomorrow were definitely not intentional and the team is currently investigating the bug.” He added for additional clarity, “Adaptive Ordinance only triggering off of kills is intentional, as referenced in the description.”

In its original form, the stock perks made this rocket larger incredibly grind-worthy with its Smart Drift Control, Fitted Stock, and Alloy Casing. The ability to track and fire at multiple targets at once also makes it a beast to run with, in addition to the Adaptive Ordinance, which was recently changed intentionally.

Players can get this weapon in the final encounter in the Deep Stone Crypt raid when facing off against Taniks. While the changes to Adaptive Ordinance aren’t a huge hit with everyone, it is nice to see that the other tweaks weren’t intentional and that everything will be back to working order soon enough.

Rocket launchers not your thing? Sounds wrong, but we’re not here to judge. Might we suggest checking out the newest bow to join the fight? It’s pretty incredible and packs a powerful punch in its own right. Our own Matthew Miller broke down what he liked most about the newest exotic bow with his deep dive seen here.