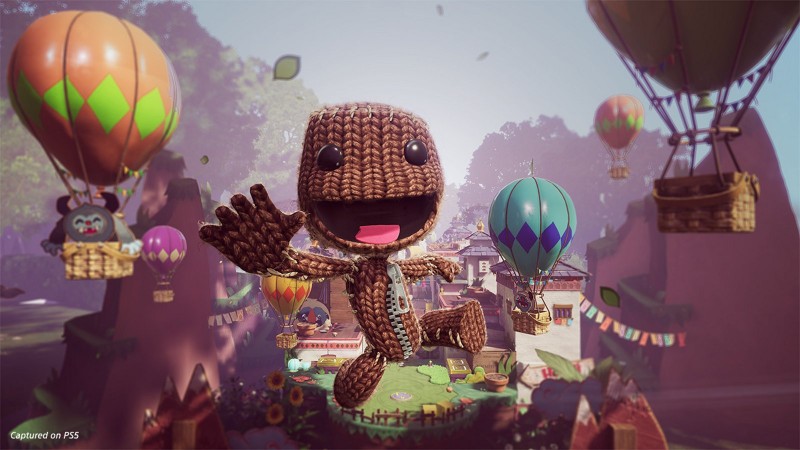 Pop star Ariana Grande’s latest admission? Her 2 A.M. game is none other than Sackboy: A Big Adventure. Grande is quick to throw a few other details in there, such as previous contenders for the late night/early morning crown were none other than Mario Party titles and Mario Kart titles. The specific entries for these franchises are unknown, but let’s be honest, who doesn’t love some Mario Party all night long?

Our team and our wonderful community are super-excited to hear that it’s #SackboyABigAdventure that you wanna play at 2AM!

It’s literally music to our ears!

Ariana Grande is no stranger to the world of games, as she is actually a canonical entity in the mobile title Final Fantasy Brave Exvius. Let that fact sink in for a minute. Ariana Grande, as in the singer and person, is part of Final Fantasy’s universe. Singing it up in the world of flan, chocobos, and moogles, it’s only a matter of time before she starts taking on Sephiroth. While that pixelated entry into the Final Fantasy universe happened years ago, it’s still relevant today!

Game Informer’s Jeff Cork was also fond of Sackboy’s latest excursion, scoring the game an 8 in our official review. “I’ve always had a soft spot for Sackboy, and it’s great that the character has found a new home. As much as I’ve appreciated LittleBigPlanet’s tools in the past, I was always more interested in the playing part than creating or sharing,” says Cork. “And with this release, I’m finally getting to take the loveable hero on a trip that plays as well as it looks. It doesn’t reinvent the genre, but Sackboy: A Big Adventure is a wonderful platformer that takes what’s come before, sprinkles in its trademark aesthetic, and shakes things up enough to feel fresh and exciting.”

Do you have a 2 A.M. game? My late night gaming sessions over the years are often multiplayer-centric, with things like League of Legends, World of Warcraft, or whatever battle royale of the moment is on deck. Of course, there are a few exceptions to that rule when things really take on that “one more run” element now as well, as Slay the Spire titles and other roguelike deckbuilders have kept me up until sunrise more than once. Sorry Civilization, your one more turn draw can’t keep me up until breakfast anymore! Most recently, Valheim and its survival hooks have kept me and my friends building, battling, and exploring well past our bedtimes.

If you have a favorite game that’s kept you up all night, hit us with it in the comments!