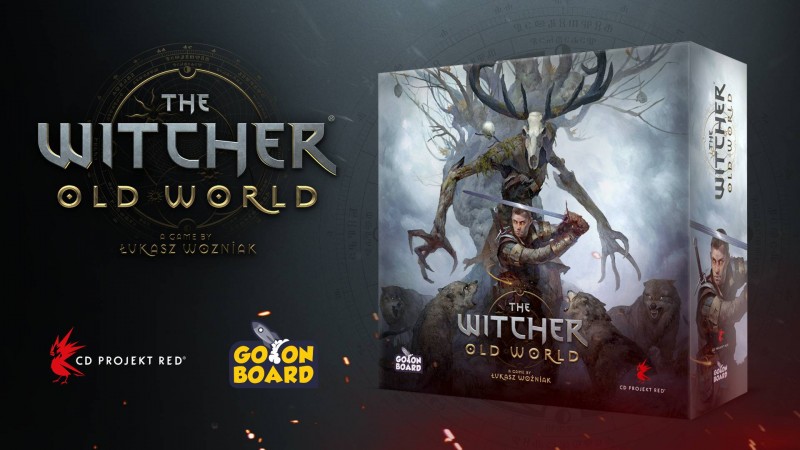 While The Witcher won’t be getting any new video games anytime soon, CD Projekt Red has unveiled a new way for fans of the iconic fantasy franchise to experience a world of monsters and mayhem. A new board game has been revealed called The Witcher: Old World, and it looks like the perfect excuse for us to immerse ourselves within the land of witchers once more.

Created in conjunction with Go On Board, this latest board game is designed by Lukasz Wozniak, a name that has created numerous tabletop adventures including Valhalla and Titans.

The Witcher: Old World is an experience meant for 2-5 players and serves as a prequel to the tale of protagonist Geralt of Rivia. “Players take on a role of professional monster slayers who recently completed their brutal training in one of the witcher schools: School of Wolf, Viper, Cat, Bear or Griffin,” says the Polish studio about the latest Witcher take. “On their adventures across the Continent, young witchers will face difficult choices, take on contracts, battle monsters — and perhaps find themselves brawling with another witcher in order to defend their school’s honor!”

In order to get your hands on this new board game, the company is looking for your help! The Kickstarter for The Witcher: Old World will go live sometime this May and will allow fans of the series to contribute in a chance to unlock additional surprises. With the Kickstarter planned later this year, the team is looking at an April 2022 launch for both English and Polish speakers at this time, though additional language options are “being negotiated.”

To learn more, get in on the Kickstarter action early by checking out the page right here.

Thoughts on a new The Witcher board game? What other adaptations would you like to see land on a tabletop near you? Sound off with your thoughts in the comment section below!