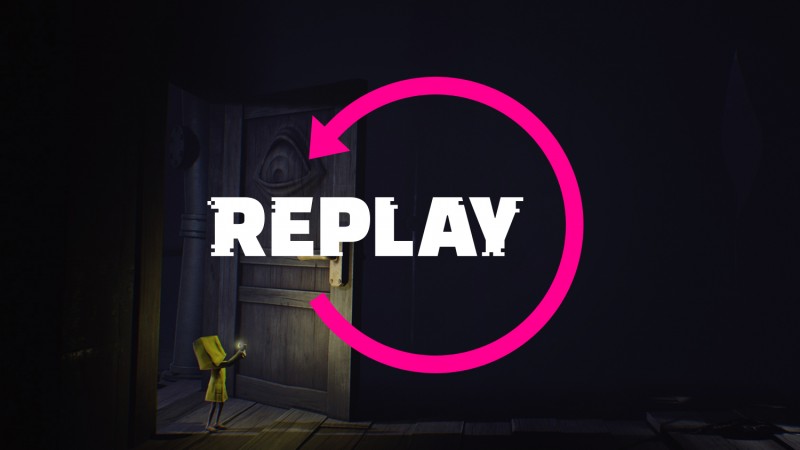 For a majority of the 2010’s, developer Playdead captivated the gaming world with its eerie and thought-provoking work on games such as Limbo and Inside. But they weren’t the only studio creating gorgeous yet grotesque sidescrolling spaces for players to delight in. Back in 2017, Tarsier Studios introduced players to the character Six and the world of Little Nightmares.

The game follows our raincoat-clad heroine on a twisted tale through The Maw, a creepy underwater structure that houses only the most ghoulish of creatures. Six is tiny compared to the rest of the inhabitants of The Maw and can’t hang in a fight. Thus our small protagonist must sneak around and solve the many thrilling puzzles littered throughout the decrepit world. Its design lends itself nicely to the category of little person, big world, so you know Jeff Cork is all in.

Speaking of Jeff, join Andrew Reiner, Cork, Marcus Stewart, and me as we sneak through the harrowing hallways of Little Nightmares and try to make it through without dying (I have my doubts).

We’ll be going live at 2 p.m. CT, so be sure to come join us in the chat and end your week the right way! If you can’t get enough of our live shows, remember to subscribe on YouTube, Twitch, Twitter, and Facebook to get notified when we go live each week. Thanks as always for watching and we hope you enjoy this week’s show!

Excited for Little Nightmares II? Be sure to check out our episode of New Gameplay Today where we show off Tarsier Studios’ newest title and our impressions of our time with the game on a recent episode of The GI Show. Fans of the series don’t have long to wait, as Little Nightmares II drops on February 12 for PlayStation 5, Xbox Series X/S, PlayStation 4, Xbox One, Switch, and PC.