Netflix has unveiled a new trailer featuring plenty of Jaeger-on-Kaiju action for its upcoming animated series, Pacific Rim: The Black, which is set to premiere on Thursday, March 4, 2021.

Here’s how Netflix describes its upcoming Pacific Rim animated series: “There was a time when Kaiju rose from the Pacific Rim only to encounter gigantic robots, Jaegers, built to fight them back. That time has passed. Now, Australia has been overrun by Kaiju, forcing the evacuation of an entire continent. Left behind, teenage siblings Taylor and Hayley embark on a desperate search for their missing parents, teaching themselves to pilot a battered, long-abandoned Jaeger to help in their quest and give them even the slightest hope of surviving.”

You can check out the action-packed trailer in the video below, or at the top of the page:

Pacific Rim: The Black comes from Legendary Television, and was created by Craig Kyle (Thor: Ragnarok) and Greg Johnson (X-Men: Evolution). The animation is being handled by Polygon Pictures, who also worked on “Levius, the Ajin: Demi-Human series, and the Godzilla Netflix Original Anime Movie Trilogy,” according to Netflix.

The streamer has also released a new piece of key art, which you can check out below: 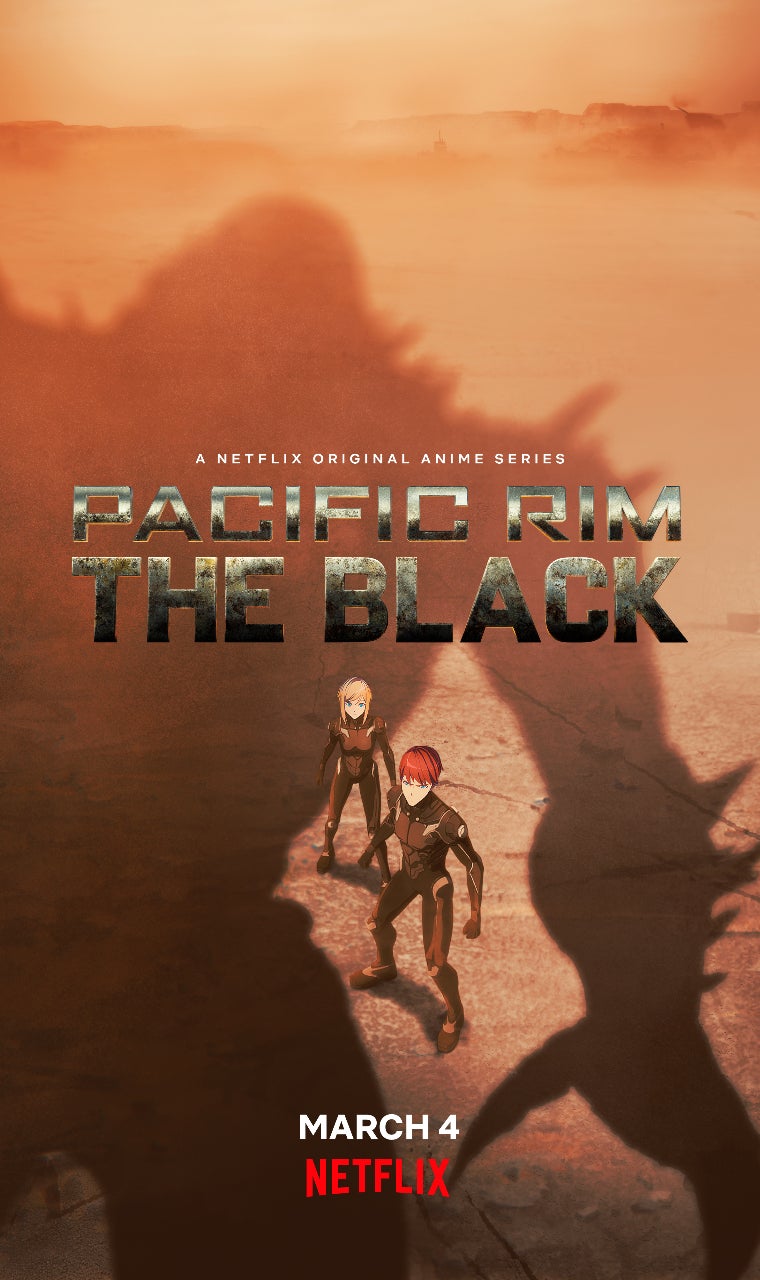 What do you think of the trailer and new key art? Let us know in the comments. And be sure to check out Pacific Rim: The Black when it premieres on March 4, 2021.

David Griffin still watches DuckTales in his pajamas with a cereal bowl in hand. He’s also the TV Editor for IGN. Say hi on Twitter.