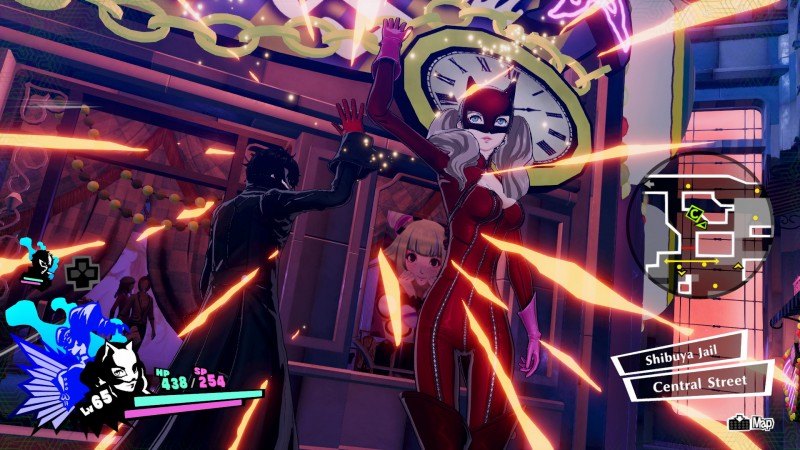 Set six months after the conclusion of Persona 5, Persona 5 Strikers reunites the Phantom Thieves of Hearts for an all-new adventure. Rather than focusing on Tokyo, Persona 5 Strikers expands the adventure to include a road trip to various regions across Japan. Not only is the scope of the journey expanded, but the combat is completely different from the turn-based fare of Persona 5.

This time around, the Phantom Thieves traverse dungeons and encounter Shadows, triggering action-packed, hack-and-slash battles. However, the turn-based inspiration carries through to Persona 5 Strikers, as Joker, Ann, Ryuji, and company can still summon their Personas for pause-and-plan sequences that stop the action while you navigate the menus. Just as each character has their own Personas with unique abilities, each member of the Phantom Thieves has their own special abilities and affinities.

Today, Atlus released a new trailer highlighting some of the combat abilities of the Phantom Thieves. Whether you’re talking Ann’s ability to use fire attacks or Makoto’s nuclear affinity, so much of Persona 5 Strikers’ combat relies on exploiting enemy weaknesses to trigger Follow-Up opportunities and All-Out Attack sequences. You can see the team reunited and battling it out with Shadows in the new trailer below.

Persona 5 Strikers hits PlayStation 4, Switch, and PC on February 23. However, you can access the game starting on February 19  if you purchase the Digital Deluxe edition. This bundle comes with a digital art book, a digital soundtrack, a behind-the-scenes video showcasing the making of the music, and special background music from past Persona games.

For more on Persona 5 Strikers, check out my early impressions of my time with the game here. If you’ve missed the boat on Persona 5 to this point and want to start at the beginning, the enhanced re-release Persona 5 Royal is the way to go (even if Strikers serves as a follow up to the vanilla version). To learn about that game, you can read my review, or check out associate editor Jason Guisao’s opinion piece on why it’s a game worth playing – even if you already experienced the original.