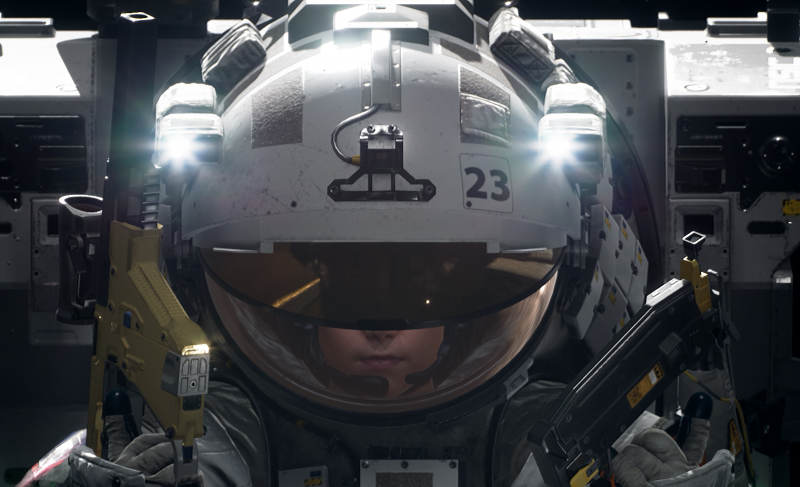 Skystone Games is a new publisher that was founded by industry veterans David Brevik and Bill Wang. To spearhead the company’s goals going into 2021, Skystone has revealed two new games coming down the pipeline, which include a competitive shooter and a new tower defense adventure.

The first game revealed under the Skystone Games umbrella is Boundary, a competitive shooter from the team at Surgical Scalpels. But what is Boundary? According to Skystone,  this game is “set in an alternate near-future timeline where the Space Force is more than a Netflix TV show, Boundary explores space combat like never before. Taking the best of first-person shooter mechanics, adding in Zero-G movement, Surgical Scalpels creates a new visceral experience for fans of competitive shooters. The battle over the remains of space stations or solar arrays on maps that literally defy gravity.”

This shooter aims to offer a completely new take on the competitive FPS genre while offering a customizable means for customization, gravity-defying maps, and a world stunningly built using Unreal Engine 4.

The Last Friend is a new tower defense-inspired game that blends a brawler experience to bring the two genres into one cohesive game. And there are dogs. Lots of dogs.

When the world goes into the apocalypse, there is nothing better than best friends as company… especially when it’s an army of loyal canine companions. The Last Friend brings in an army of super-powered dogs to help players drive back the violent mutants and gangs of the apocalypse in a fun, fast-paced hybrid of Tower Defense and Beat-Em-Up.

And yes, you can pet the dogs.

These two games join the already established lineup that includes Undying, Spacelines from the Far Out, and Underworld Dreams. The five revealed titles will be launching on console and PC throughout 2021.

While Skystone Games is still in its infancy, the company has taken the last six months to truly push its growth boundaries with the goal to offer a diverse array of gaming experiences to players around the world.

“It is our goal that Skystone Games will become a premiere developer-first publishing studio for many years to come,” said CEO Bill Wang. “We believe in the independence, ingenuity, and passion of today’s game development studios, and we cannot wait to show everyone the kind of surprises we have in store for 2021 and beyond.”

“When Bill and David came to our team intending to provide creative guidance and global publishing services in a way that empowers developers and shares the rewards of their hard work, we were ecstatic to get involved,” said Sam Englebardt, Co-Founder and Managing Director of Galaxy Interactive. “We believe in Skystone’s vision and can’t wait to see what everyone thinks of the games they’re making.”

You can learn more about Skystone Games and where its mission statement through the official website right here. You can also register for the upcoming Boundary beta here as well to get ready for a new shooter experience.