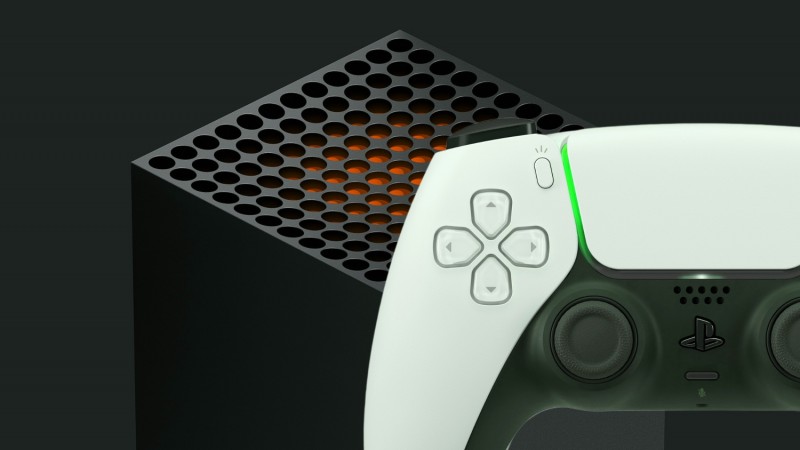 Both the Xbox Series X and the PlayStation 5 are incredible systems, each with something unique to offer gamers depending on what they are looking for. That being said, the PS5 DualSense controller has been something extraordinary, with even more immersive haptics and a design that feels unbelievable. Players aren’t the only ones impressed with this addition to new-gen technology, Microsoft is now asking Series X/S players if they would be interested in features like that on their system as well in a new survey.

Post-launch surveys are nothing new, both Sony and Microsoft are getting a feel for how new players are enjoying their new systems. The recent Xbox survey is pretty standard regarding questions like “what would you like to see improved” “how would you describe your experience,” and more. Also asked, however, is if Xbox Series X/S players would be interested in seeing some of DualSense’s more advanced features within Team Green’s system.

When asking if the Series X/S “feels next-gen,” the topic of possible DualSense-like features was brought up, asking: “Are you aware of features on PlayStation controllers” and if those features are desired on Xbox.

Having had time with both new-gen systems, I have to say that I love the Xbox immensely and its new UI, but it’s hard not to be impressed by DualSense. It’s expertly crafted, the tactile nature of it is advanced, and the haptics truly has been improved upon in an impressive way. While Microsoft likely won’t mimic the DualSense exactly, it would be interesting to see some of that technology reflected on the new Xbox consoles.

What do you think? Would you like to see some of PS5’s DualSense features on the Xbox Series X controller? Sound off with other thoughts for improvement in the comment section below!