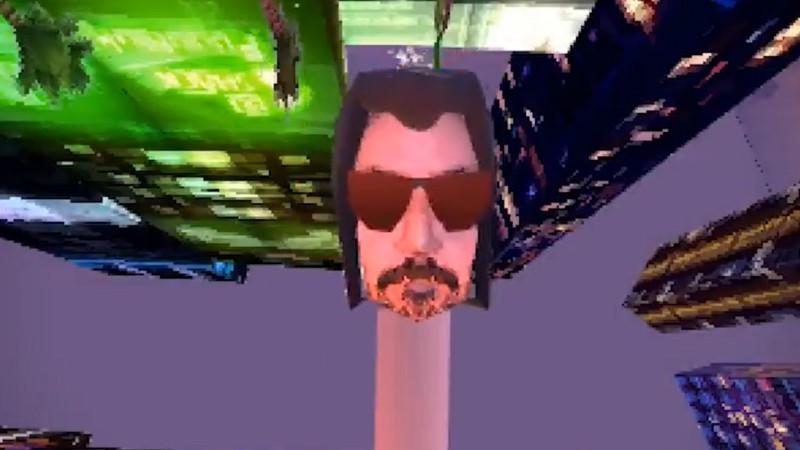 Cyberpunk 2077 has received a ton of justified flak for looking less-than-stellar on last-gen hardware. Well, how bad would it look if it ran on the original PlayStation? One cheeky and talented animator created a cool video providing an idea of how Night City would perform on the classic consoles and the results are hilarious.

The video transports CD Projekt Red’s controversial game back to the 90’s, and it brings its well-documented glitches along for the ride. That includes an NPC suddenly t-posing and floating off into the polygonal ether after V jacks her ride. The kicker, though, is a low-poly Johnny Silverhand stretching his neck like a drugged-out Mr. Fantastic. The video comes courtesy of Anders Lundbjörk, a game developer at Dreamon Studios. Lundbjörk says he made the video using Unity and special shaders to achieve the low resolution and “wobbly look” found in PS1 titles.

Feel free to make any and all variations of “Cyberpunk already looks like that on my PS4/Xbox One!” jokes in the comments below.

As fun as it can be to poke fun of Cyberpunk 2077’s many glitches, the messy controversy surrounding its release hasn’t been quite as humorous. CD Projekt Red has been under fire for misleading players about the game’s performance on last-gen hardware and drew additional ire for promising refunds it may not have been at liberty to promise. Sony has since pulled Cyberpunk 2077 from the PlayStation Store. Still, despite the whirlwind of confusion, anger, and disappointment, the game has managed to sell over 13 million copies (refunds included).

Check out our original review of Cyberpunk’s PC version here and our last-gen console review here.

Source: Game Informer Cyberpunk 2077 Is Reimagined For The PS1 In This Hilarious Fan-Made Video