Call of the Sea Review – A Puzzling Island Escape 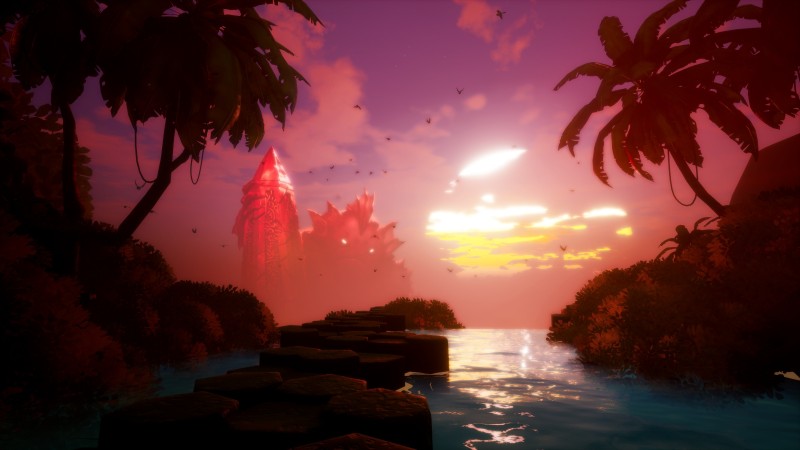 Publisher: Raw Fury
Developer: Out of the Blue
Release:

Rating: Everyone
Reviewed on: Xbox One
Also on:
Xbox Series X/S, PC

Norah knows something is amiss the moment she steps foot on the island. Despite its inviting beauty, an eerie vibe permeates the air. After all, this is the same place that may have claimed the life of her husband, Harry, who never returned from an expedition here to find a cure for Norah’s mysterious illness. This time, though, it’s up to Norah to rescue him. Call of the Sea is the wonderful debut title by Out of the Blue Games and blends a tantalizing mystery that’s matched by equally engaging puzzle-solving and exploration.

Call of the Sea’s beautiful presentation lured me from the get-go. From the lush jungles to jaw-dropping shipwrecks, this is a beautiful game, and many scenes would look right at home on a postcard. The ancient ruins also wowed me in their haunting beauty and during moments when seemingly impossible machinery comes to life.

Norah is more Nancy Drew than Lara Croft, so puzzles take precedence over combat, and they succeed with clever design and strong variety. What I love most is how Call of the Sea makes you feel like both an observant detective and a problem-solving genius. It takes advantage of its alluring beauty by encouraging players to look at everything around them to spot clues and connect dots. An ancient mural or a hastily drawn sketch can often be the difference between a quick solution and more prolonged head-scratching. Inspecting curious objects and notes is part of the fun, and nothing is ever too hidden. I always found everything I needed if I was reasonably thorough in my searches. Furthermore, Norah jots down important info in her journal, which alleviates much of the pressure in terms of committing clues to memory.

Puzzles come in many cool shapes and sizes; they can be as simple as rotating totem poles to match a specific pattern, or as elaborate as deciphering a dead language. One of the largest and most impressive challenges tasked me with discovering the correct melody to play on a giant, ancient organ. Smaller puzzles often feed into larger ones to create a cohesive whole, and it’s fun to see how riddles thematically build upon each other. Call of the Sea regularly surprised me with its puzzle design, and I always looked forward to seeing what was next. 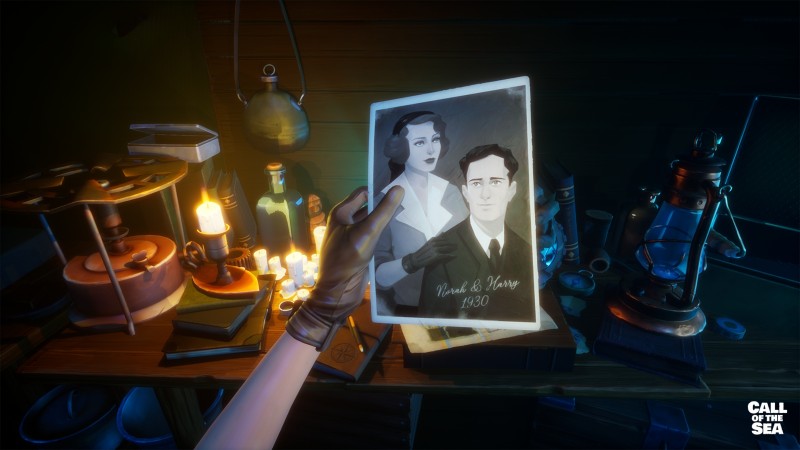 The challenges grow more complicated the deeper Norah penetrates the island. Most puzzles are reasonably tough, but a couple feel too obtuse. One particularly maddening example involves using symbols to operate a series of locks to open a door. It’s a clever idea on paper, but after exhausting the area of all of its notes and visual hints, it felt like the game still wasn’t clearly communicating a key step – like I was missing a crucial piece to a cool jigsaw puzzle. I eventually just resorted to a walkthrough, and I’m still not sure how the answer makes sense.

When the going got tough, however, the strong narrative propelled me forward. I loved picking up notes with more details about Harry’s expedition and further insight into Norah’s illness. The story takes some dark and surprising turns that culminate in a surprising and mostly satisfying conclusion. With all the focus on ancient tribes, mysticism, and death, the endearing bond between Norah and Harry manages to shine through even when Norah is the only one providing insight.

Call of the Sea kept me hooked from beginning to end, making it a voyage worth embarking on. I could have gotten lost on that island and solved puzzles for double of its actual running time (about six hours), but the game spends as much time as it needs to spin its tale and test your noggin. This is one island worth getting marooned on. 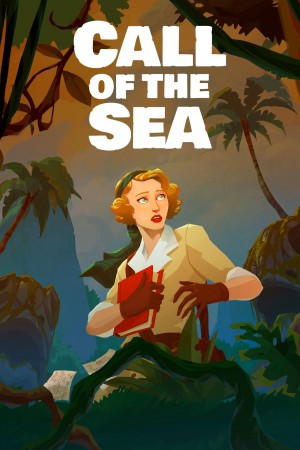 Summary: Call of the Sea’s fascinating mystery is backed by clever puzzle-solving to make it an island worth exploring.

Concept: Travel to an exotic island during the 1930s to find your missing husband and uncover the cause of your mysterious disease

Graphics: The scenic island, from its lush jungles to its haunting ruins, evokes feelings of both awe and trepidation

Sound: Norah’s determination and fear comes through in Cissy Jones’ voice performance, and the soundtrack hits at the right moments to elicit feelings of success and suspense

Playability: The complex puzzle-solving makes the most of the game’s otherwise simple interactions to make sure your brain works hard, not your hands

Entertainment: Clever puzzles and an engaging narrative make Call of the Sea a voyage worth taking