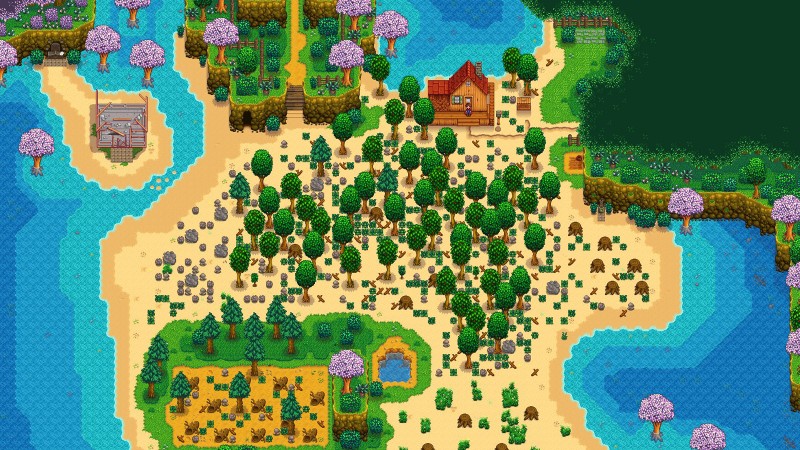 Stardew Valley isn’t a game that receives updates often, but when it does, they add big chunks of new content and significant quality-of-life improvements to the popular farming simulation. Today, the Stardew Valley’s 1.5 update was released on PC, and developer Eric Barone (a.k.a. ConceredApe) has let players know what to expect from the changes.

The Stardew Valley 1.5 Update is out now on PC! pic.twitter.com/DJ8gUYR614

Remember earlier this year when more end-game was teased (including a mysterious door in Willy’s shop)? That’s presumably in the game now, as well as a host of other major and minor additions. Barone runs through the spoiler-free features in a blog post,  which include a new type of farm (a beach!), advanced game options, and new hairstyles.

Of course, the changes go far beyond that. If you don’t mind some spoilers about what to expect, you can read the full changelog, which runs through a variety of new quests, characters, and locations. As a big fan of the game myself, the excerpts below stand out as the most exciting to me:

Be sure to check out the full (and enormous) list if you don’t mind ruining a few surprises. According to Barone, the additions in 1.5 make it the game’s biggest update yet. He was in the midst of developing content for this update when I interviewed him a few months ago; give that feature a read for some insight about how Barone approaches the updates to Stardew Valley and why he’s so careful about what he includes and changes.

Though all the new stuff is available right now on PC, console players need to wait a little longer. The 1.5 content update will be hitting “early next year” for other platforms.