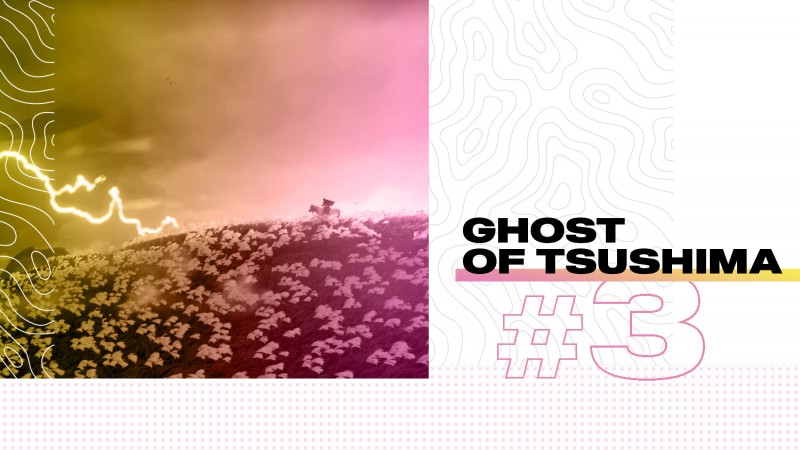 Audiences finally got the open-world samurai game they longed for this year, thanks to Sucker Punch Productions and its stellar Ghost of Tsushima. It skillfully marries stealth action and visceral swordplay, letting players protect Japan from a large-scale Mongol invasion however they see fit. And even though it tells an epic story of love, betrayal, and honor, it’s filled with moments of quiet contemplation that let players fully absorb the effects of their actions.

Protagonist Jin Sakai is a young noble torn between acting honorably while up against insurmountable odds. Under the brutal leadership of Khotun Khan, hordes of invaders have slaughtered the protector samurai class and butchered anyone on the island of Tsushima who stands in their way of eventually claiming greater Japan. Sakai’s uncle, Lord Shimura, believes the only way to fight back is by doing so the traditional way: battling enemies in face-to-face combat. Once Shimura is captured, Sakai discovers a new path, one based on deception and subterfuge.

Ghost effectively gives players two main ways to approach combat, both of which are equally effective and satisfying. Sakai can hide in the shadows, drawing enemies near and striking before his presence is even known. Or he can stride to an encampment’s front gate, boldly challenging the entire group of Mongols to battle. Not only are both options viable, but players aren’t discouraged from dabbling in both approaches depending on the situation. At its best, Ghost of Tsushima makes players feel as though they’re participating in encounters pulled straight from samurai cinema, with a lone hero facing – and triumphing – over seemingly impossible odds.

These violent and bloody battles take place in a world that is also home to breathtaking beauty. Sucker Punch’s art team has built a world that features shockingly vivid color palettes and vistas that demand you stop whatever task you’re on to appreciate the visual splendor. Sucker Punch also gives players the option to play in what they call “Kurosawa Mode,” which aims to recreate the high-contrast black-and-white of Akira Kurosawa’s mid-20th century samurai movies. It not only adds film grain and other visual artifacts, but it compresses the soundscape to fully suit the era. In short, it’s much more than a simple color-palette swap, showing once again the passion and dedication to vision that Sucker Punch brought to the project.

While it was designed to be a robust single-player experience, Sucker Punch added multiplayer via a free post-launch update. Here, players can take on new story challenges with a friend, or team up in larger horde-mode style battles against the Mongol armies with up to four combatants – each with their own special skills and abilities. It’s a great bonus for players who understandably want to spend as much time in this gorgeous (and brutal) world as possible. And who could blame them? Ghost of Tsushima is one of 2020’s best games.

Want to read more about the best games that 2020 had to offer? We’re counting down our Top 10 for the year, so navigate to another entry using the links below!