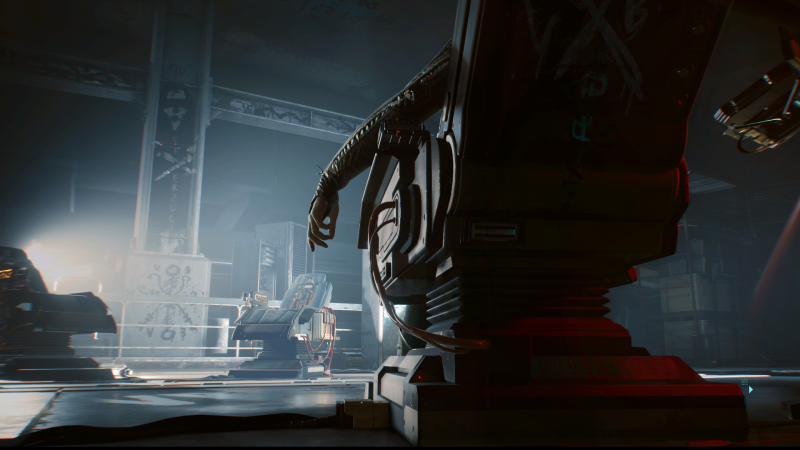 The Cyberpunk 2077 launch was one of the most anticipated launches in recent years, making its post-release hardships all of the more shocking. From mismarketing to veiled review restrictions, even game-breaking bugs to the extent where many felt last-gen version of the open-world game was something else entirely, it’s been a tumultuous week for the Polish company. Following a public conference call that revealed more information about how little care went into the pre-launch prep, especially for last-gen versions, the atmosphere surrounding this game has been rife with tension and it looks like it’s the same way internally, as well.

In a recent report from Bloomberg, an internal video meeting took place on Thursday addressing the ongoing situation, the same day that Sony delisted the game from its platforms entirely. It was during this meeting that a “frustrated and angry staff” went directly to the board following another apology from management and, according to the report, many of the staff were met with vague responses.

It was during this meeting that the staff aired their frustrations with questions to the board and upper management, it was also during this time that the management clarified Sony refunds, saying after the PlayStation refund chaos they have reached a decision with the company. Shortly after that, Sony delisted the game with CDPR saying this was a mutual decision.

As the meeting continued, the staff inquired about the additional hours put in leading up to launch with the directors, and what the next step is, to which the directors themselves responded with assurances that they are going to “improve” production practices, though they reportedly did not specify how.

Another confrontation centered around one developer asking the board in question why they told the public that Cyberpunk 2077 was “complete and playable,” especially now that we see the current state of the game and the nuance of the earlier company call. The board responded saying that they will take responsibility for this misleading promise, a promise that has been cited numerous times over the past week.

An additional staff member reportedly went for the jugular when asking if the board thought it was at all hypocritical when looking at the entire premise of Cyberpunk 2077 being anti-corporation and abuse when looking at the current situation. Bloomberg doesn’t say the response, but they note that it was “vague and noncommittal.”

As I’ve said on my own social media and many others have also stated on the industry-side, many of the issues with this launch are a direct result of mismangement on an executive level: setting unrealistic deadlines, making false promises, attempting to hide unfinished aspects of the game. Post-launch, it’s obvious to see that there were a lot of cut corners, but those cut corners are usually used not out of laziness, but out of desperation to hit the board of directors-inspired deadline pace. A game as hedonistic as this didn’t even have a basic epilepsy warning at the beginning, which is common practice with releases, and that was only added after we went public about a specific design aspect that is dangerous to both epileptics and non-epileptics as well.

This isn’t the first studio to have mismanagement, but the many layers as to why the launch went so wrong dives into several deeper issues within many industries, not just gaming: Management not effectively caring for those that work under them, non-transparency with the public (though they did a phenomenal job at making it look like they were being transparent), and the refusal to make adjustments when certain aspects along the process no longer made sense (IE, PS4 and base Xbox One launch).

The studio has promised to correct the issues the Cyberpunk 2077 launch faces, but it’s hard not to be worried at the cost of those double-down efforts. The board of directors needs to be clear about how they are going to make the work environment safer and better for employees, now is not the time for vague replies.