Microsoft Is Giving Away Two Free The Mandalorian Xbox Controllers 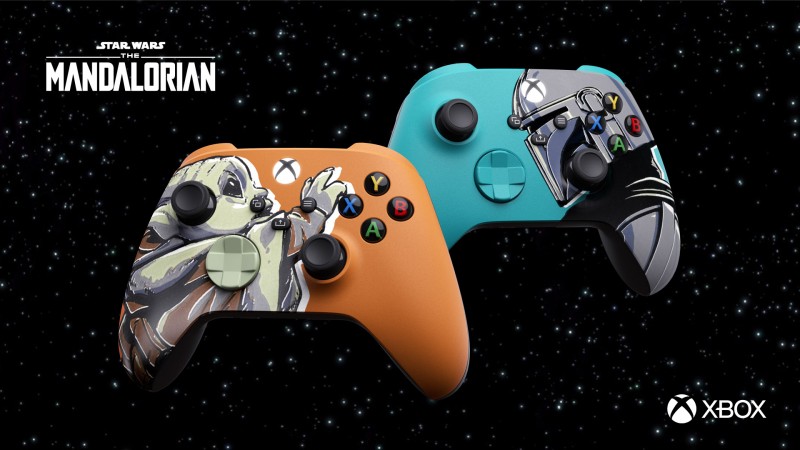 The Mandalorian on Disney+ is killing it. It feels like each episode released makes the show even better and now that the Star Wars spinoff is even easier to watch with Xbox Game Pass Ultimate, that Mando love is at a new peak. To celebrate the show’s success, Microsoft is teaming up with Lucasfilm Games to giveaway two special-edition The Mandalorian controllers for one lucky winner.

Team Green took to Twitter to reveal the special designs, announcing the giveaway and letting fans know what they need to do to try to score this exclusive loot drop. The giveaway is live now and will run until December 28 at 7 PM PT:

This is the way.

Follow @Xbox and RT with #TheMandalorianXboxSweepstakes for a chance to win controllers inspired by @TheMandalorian.

The Mandalorian season one was pretty spiffy, bringing an awesome Wild West vibe back front and center in the Star Wars universe. Season two, however, is truly where the Baby Yoda (yes, we know that’s not his name) Show shines, bringing back favorite characters across the various TV shows and movies. Without going into spoilers about who has made an appearance, the last three episodes in particular have been a real wild ride.

Between this and the recent Star Wars DLC that just dropped in Minecraft, the love for a galaxy far, far away is going strong. With the Mandalorian season finale just around the corner, this giveaway gives us a little more to cling to before another season takes the bow.

To learn more about how to enter, you can check out the official Xbox Sweepstakes page right here. This is the way.