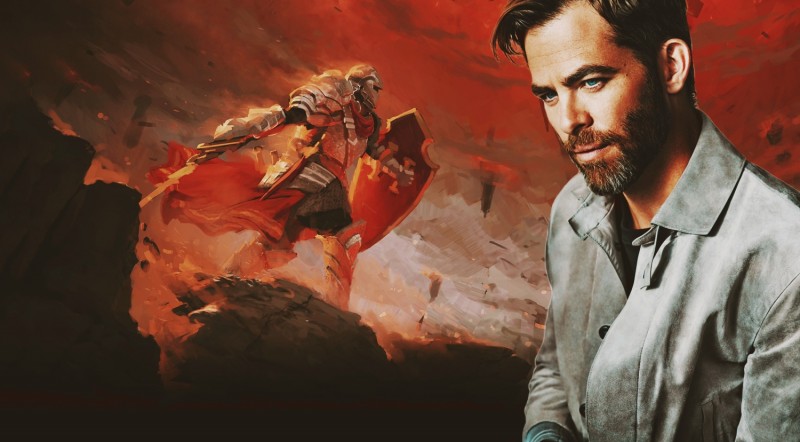 Back in May, the upcoming Dungeons & Dragons movie landed Marvel exec Jeremy Latcham as its producer and while the film has been hit with some COVID-related delays, it looks like the studio is eyeing Star Trek star Chris Pine for a major role.

Chris Pine has been in a plethora of movies but to me, he’s the Star Trek cutie always looking for booty (OK, so he has a lot more nuanced than that, but let me have this one). Deadline reports that the actor is in talks with Paramount to take part in the upcoming D&D adventure, though for which role, in particular, we don’t know.

Additionally, we now know that John Francis Daley and Jonathan Goldstein have been tapped to both write and direct the latest adaptation alongside Latcham as the movie’s producer.

As for the named producer, Latcham is the former Senior Vice President of Production and Development but now he’s moving onto a very different scene: D&D. Latcham was confirmed to be attached to the upcoming Dungeons & Dragons movie as producer thanks to a recent agreement made with Hasbro’s Entertainment One back in May of this year.

Unfortunately, we don’t know much about the Dungeons & Dragons movie at this time but with Paramount being behind this wheel, it’s a safe assumption that it will have resources aplenty, especially seeing how much the D&D community has grown through the years in part due to the mainstream-nature of the franchise thanks to properties like Critical Role.

With the future still mostly unknown, it does have us interested in what fans would like to see the upcoming Dungeons & Dragons movie take on in terms of narrative. Which characters would you like to see up on the big screen and who would you like to see take on those roles? Do you think Pine could be a huge win for the film? Sound off with your thoughts in the comment section below and tell us what you’d like to see out of the latest D&D project!