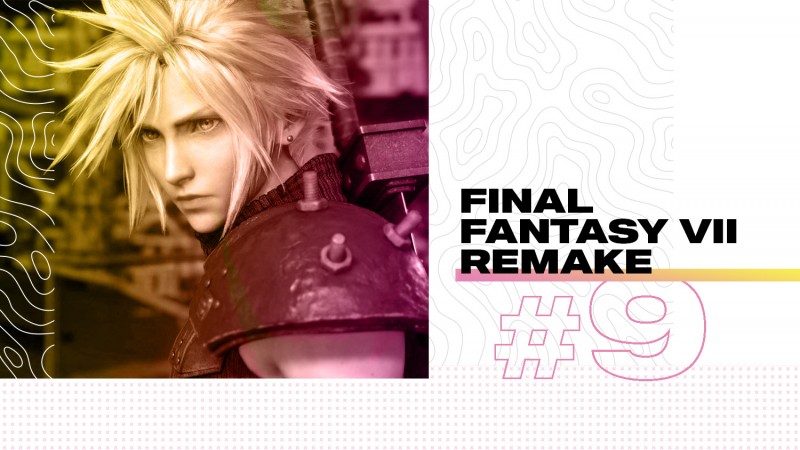 With its remake of Final Fantasy VII, Square Enix pulled of a seemingly impossible feat: It put a fresh spin on the classic story and characters, all while completely reinventing the gameplay for modern audiences. The result is an adventure that taps into Final Fantasy VII’s deep well of nostalgia, but still offers plenty of delightful surprises for old and new players alike.

Cloud and his mercenary friends still fight against the evil Shinra corporation, but the world has been beautifully reconstructed to give the cast and environments new life. From to your battle in a ruined church to your first haunting glimpse of Sephiroth, Final Fantasy VII Remake recreates the important events that fans remember, but adds enough new content to make the experience feel fresh.

The highlight of the new elements is battle system, which the team at Square Enix has brilliantly reimagined by trading the turn-based model for a real-time approach. Through careful use of commands and switching control between your party members, combat becomes a fun fusion of aggression and strategy. This versatile system also highlights each character’s strengths; Tifa’s melee brawling feels different from Aerith’s ranged attacks, so fights aren’t about repeating the same routine.

The remake only follows the Midgar section of the original plot, which gives the narrative the space it needs to expand and explore new territory. Characters who were only in the background before get a chance to step into the spotlight, like Jessie and the other members of Avalanche. You spend time in the Sector 7 slums and see how its denizens live, and infilitrate labs to unearth new secrets about Shinra’s biological experimentation. Through all this, the story focuses mainly on the struggling people of Midgar, which makes the industrial city feel more oppressive and hopeless than ever.

Amid the additions and changes, plenty of classic touchstones remain. Memorable scenes, iconic summons, and a rewarding materia-based progression system all feel familiar despite their new incarnations. The soundtrack also deserves a special mention, with wonderful new versions of recognizable songs that strike a remarkable balance between Final Fantasy VII’s past and its present.

Even if you’re intimately familiar with Final Fantasy VII already, don’t assume that you know everything that’s going to happen. In addition to small detours that add more dimension to the world, Square Enix also takes some astounding leaps here – especially during the finale – that can send your mind reeling with the possible implications.

Final Fantasy VII Remake is the first of several installments, and how the story and systems will evolve going forward is a mystery. But no matter how future games shape up, this first entry is an amazing accomplishment that no RPG fan should miss.

Want to read more about the best games that 2020 had to offer? We’re counting down our Top 10 for the year, so navigate to another entry using the links below!