How To Get The Best Ending In Assassin's Creed Valhalla 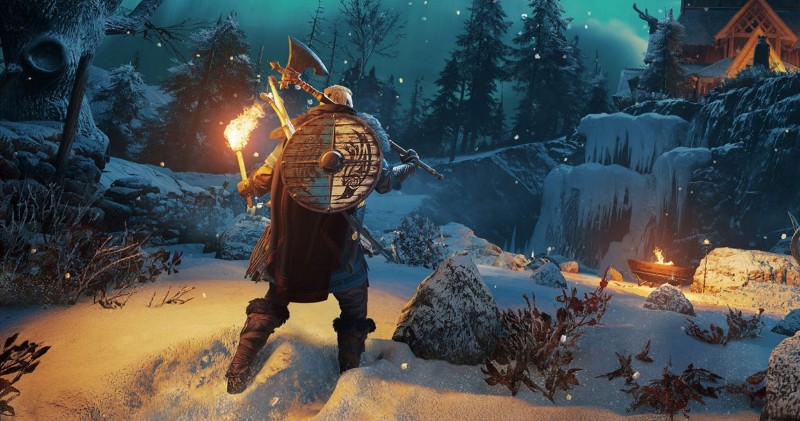 There are a few different endings to get in Assassin’s Creed: Valhalla based on choices made in-game and how much has been explored during the Viking adventure. Here’s how to make sure you get the best one for those players looking to get the most out of their time in Valhalla.

Assassin’s Creed Valhalla | How to get the best ending

As to be expected by the very nature of the article itself, there are SPOILERS AHEAD regarding the game’s ending. For those wanting to complete Valhalla with zero spoilers, stop here. That being said, the largest spoilers will be hidden behind spoiler tags. To reveal everything hidden beneath the bars, simply click on the text to reveal every detail.

Throughout the progression of Assassin’s Creed: Valhalla, players are given the option to go the tried-and-true way of the Assassin through stealh, or take the more blunt approach with good ‘ol fashioned bludgeoning in true Viking form. Or, mix the two!  Much like Odyssey, there is a narrative surrounding our protagonist and their family – in this case, Eivor’s brother Sigurd. However, the outcome with Sigurd at the end of the game has two very different possibilities.

The gist of getting the best ending in Assassin’s Creed Valhalla is to make the “good” choices, meaning the options that have the most honor from Sigurd’s perspective. Vikings value honor, so it’s no surprise that the game’s consequences would be tied to this value. Keep that ethos in mind throughout the entire game, but here are the main parts of the story that will impact which ending you get.

The Seas of Fate chapter will be the first major choice players will have to face. With vengeance in mind against Kjotve the Cruel, there is an option to take his treasure in order to secure passage to England, a vital part of the game’s progression. Sigurd will want to leave the treasure as-is as tribute for King Styrbjorn. If you want to get the best ending, ignore your greedy impulses and choose the “We leave the resources for Styrbjorn” option. Do this for brownie points with Sigurd both now and later on in the narrative.

Choice #2: Turn down a romance option

If you’re like me (especially how I played Odyssey), you’ll likely want to romance every single option available. I get it, but for the purpose of getting the best ending, you need to show restraint regarding Randvi, Sigurd’s wife. Following the Taken for Granted mission, it doesn’t really matter which choice you choose as long as you do not select “I feel the same way.” Choosing that option will kickstart a romance with his wife and trust me, he does find out.

Choice #3: Resist the urge to punch

During the Blood From Stone quest, Eivor is going to have to hold their own in an argument with both Basim and Sigurd. It gets pretty heated and deeply personal, but you’re going to want to resist the urge to throw any punches. In order to not open a can of whoop-ass, you can choose either the “Take a breath” option or the “Enough of this” choice. Trust me, punching can have actual lasting consequences here.

For the A Brewing Storm mission, Eivor will make their way back to Ravensthorpe and face off against a trusted lieutenant. Slay Dag and be the bigger person, because he’ll be down for a permanent dirt nap.

When beaten, you’ll see that his axe is lying just out of his reach. Take the high road and choose the option that says “Give Dag his axe.” This will cut to a sequence that sees the axe being gingerly laid upon his chest with well wishes into Valhalla. To take the pettier route means the judgment of Sigurd, an action that he will hold against you later on in the game.

This one will seem obvious, but supporting Sigurd will ensure the best ending. For the game’s final pivotal choice relating to Sigurd, Eivor’s brother will be in charge of settling an argument between two Ravensthrope NPCs following both the Suthsexe and Essexe quests. There will be a choice option that says “I support Sigurd’s judgement,” choose that to secure a happy ending – even though it may seem extreme.

While you can have smaller disagreements with Eivor’s sibling throughout the game, the above routes are the most prominent ways to secure getting the ending that feels the most rewarding. However, you also have a little bit of wiggle room; of the five choice-based scenarios above, you only need to do three correctly in order to get the best outcome with Sigurd. So don’t worry if you made a couple mistakes early on without understanding the consequences.

Source: Game Informer How To Get The Best Ending In Assassin's Creed Valhalla