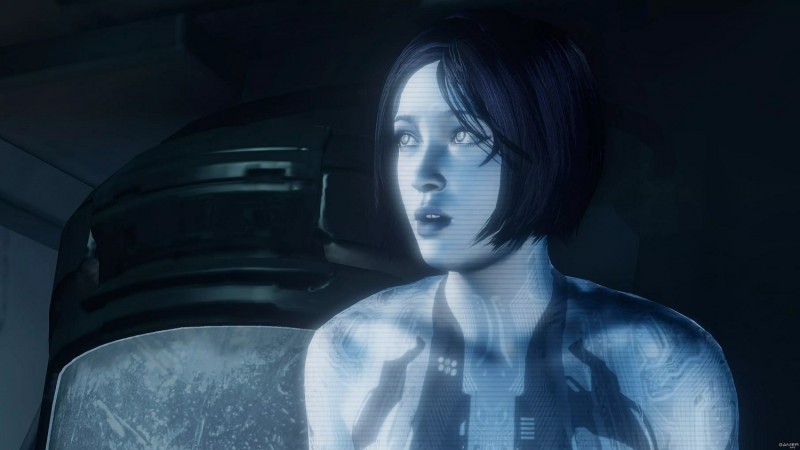 The original voice of Cortana returns for the upcoming Halo TV series on Showtime. Originally, the Cortana role was given to Natascha McElhone, but scheduling conflicts have forced the actress to drop out of the upcoming show. Works out well for fans, because the replacement casting has put Jen Taylor in the role of Cortana, a role she is intimately familiar with having played her in the games.

Taylor brought Cortana to life in every mainstay Halo game, so we know she’s got the chops for it. The news that the original Cortana voice actress would be reprising her role for the upcoming live-action series came on the heels of the confirmation that the show has resumed production. Following delays onset by COVID-19, the main star of the series, Pablo Schreiber, shared the good news with a small teaser image of Master Chief’s helmet.

The series itself is currently filming once more in Budapest, Hungary. The ten-episode series is executive produced by showrunner Kyle Killen (Lone Star) and directed and produced by Rupert Wyatt (Rise of the Planet of the Apes). Stephen Spielberg, Showtime, and Amblin Television assisted 343 Industries in putting together the creative team, alongside 343’s Kiki Wolfkill.

According to the team creating this show, the latest Halo adaptation will follow the general paths of the games with a full focus on the 26th-century conflict between the Covenant and humanity. Showtime also revealed that it will “weave deeply drawn personal stories with action, adventure, and a richly imagined vision of the future.”

We also know that the upcoming show, according to Wolflkill, will be “an epic new story experience set in the Halo Universe.” Wolfkill also previously mentioned that the team is working hard to ensure that they balance “moments fans have already experienced and moments that have yet to be experienced” in order to create something respectful of the franchise, “but also new and surprising and enthralling.”

It will be interesting to see how it all comes together when the Halo TV series finally makes its Showtime debut. We don’t have a release date yet, but given rumors that Master Chief is set to remove his helmet in the pilot episode (a big no-no for the franchise, his mystique is part of his charm as a character), we know that people are going to have some thoughts on the show after it launches.

What are you hoping to see from the upcoming Halo TV series? Love the idea, or wish they would stop making live-action adaptations? Sound off with your thoughts in the comment section below!