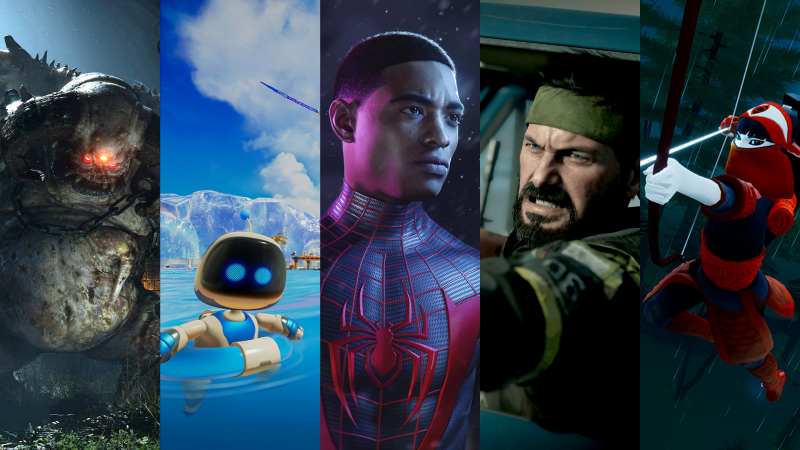 The next game from developer Giant Squid, maker of the underwater adventure game Abzû, The Pathless proves this independent studio can’t be held down by silly things such as land and sea. When we reviewed The Pathless, we were struck by its beauty and the way it interweaves its narrative and open-world world exploration, all before throwing us against terrifying fiery beasts. Truly, Giant Squid is a master of the elements.

The Pathless runs at 4K resolution, and its simple painterly aesthetic does a lot to make this graphical enhancement really pop off screen. Sure, it’s not the biggest tentpole release of the year, but we still recommend you give this shorter experience a try.

From Software’s Demon’s Souls is the game that started the whole Souls-like craze, but this remake is developed by the talented team at Bluepoint Games. Demon’s Souls on PlayStation 5 is a lovingly recreated look back at the beginning of a phenomenon.

And a phenomenon it truly is; From Software delivers its signature brand of hyper-difficult games on a near-yearly cycle at this point, which consistently review and sell well. But this is your first chance at playing a Souls game on a new platform, appreciating the PS5’s super quick load times after you die repeatedly to the game’s new 4K-displayed bosses. Remade from the ground up, Bluepoint’s take on Demon’s Souls is a chance to play a classic and influential game for either the first or hundredth time, but with modern tech and sensibilities.

“From the outside, the PlayStation 5 is big, attractive, and showy. If it had legs, it would swagger. But it’s possible the bluster is warranted, once you power up and see what this monster is capable of doing..” Read more…

Technically, Call of Duty: Black Ops Cold War comes out the day after the PlayStation 5, but we’re still counting it.

As we’ve mentioned in our coverage of the PlayStation 5, this new console is a powerhouse. The Call of Duty series is known for being on the bleeding edge of graphics and tech, and it helps tremendously that they’re also spectacularly bombastic, full of explosions, fire, and particle effects. When you pick up your PlayStation 5, we recommend giving the new Call of Duty a go; it’ll be a great chance to enjoy some big next-gen set-piece moments, over-the-top action, and numerous multiplayer offerings.

As a bonus: The best game of the year, Call of Duty: Warzone, Modern Warfare’s standalone battle-royale spin-off is also coming to PlayStation 5 in December and will allow cross-play between generations. We highly recommend you check it out if you like battle-royale games.

In a game full of well-written characters, Miles Morales was a standout in Insomniac Games’ 2018 Spider-Man. He’s now getting his own standalone game, and we couldn’t be more excited about the result.

We spent all of last month covering Miles Morales as our latest cover story, and the footage we got from Insomniac was incredible. Now that the game is actually in our hands, we can confirm it plays as well as it looks. If you want to see the amazing things your PlayStation 5 can do, like HDR, 4K resolution, and 60 frames-per-second animation, this is going to be a must-buy alongside your new PlayStation 5. The addition of Harlem also looks to breathe new life and culture into the first game’s open-world Manhattan. By all accounts, and according to our own review, Miles Morales seems like a worthy and exceptional follow-up to its predecessor. 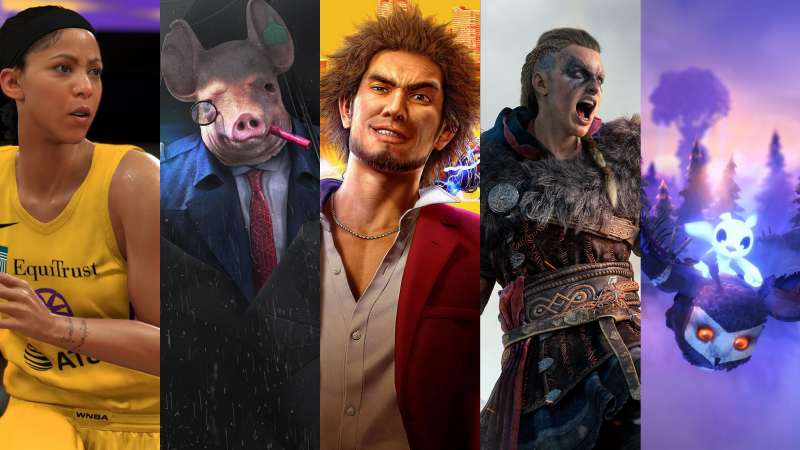 In case you missed it, Microsoft also launched its next-gen console, the Xbox Series X/S, this week. We compiled the five launch games we think you should play your new Xbox. Read more…

The real draw of Astro’s Playroom is the way it showcases the rumble tech and haptic feedback of the DualSense. Sure, it’s not alone, other launch games utilize this tech as well, but Astro is designed around showing the player the power of Sony’s new controller. Feel raindrops on your palms and sand between your hands as you guide this adorable little robot around levels inspired by the PS5 architecture. Don’t sleep on Astro’s Playroom just because it’s a pack-in game, this might be your best chance on day one to really see what the PS5 is capable of.

What games are you planning to play first on your PlayStation 5. Let us know in the comments below!