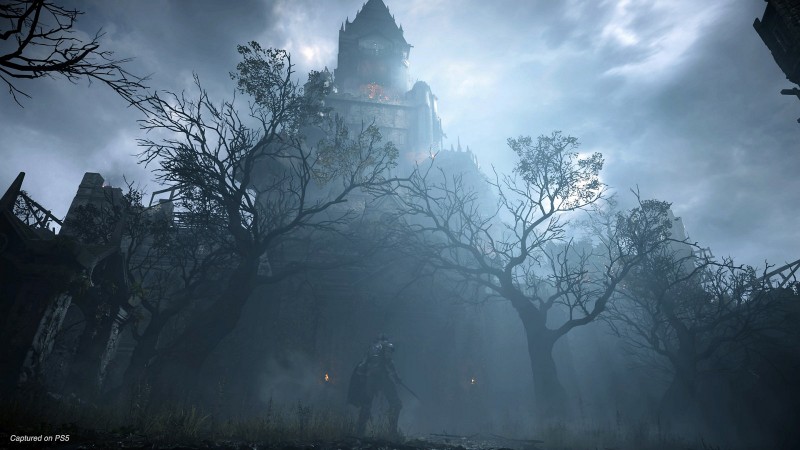 A State of Play unveiled by Sony lets players take a good, long look at the upcoming Demon’s Souls remake. As a launch title, Demon’s Souls is available exclusively on the PlayStation 5 on November 12. That’s Thursday. As in, this Thursday!

This State of Play features creative director Gavin Moore, who we conducted a massive interview with just a little bit ago. Check that out here for information on Fractured Mode and more. The video touches upon many aspects of the game over twelve minutes, showcasing plenty of footage and encounters. Get a taste of Boletaria, the Flamelurker battle, and finally — the Tower of Latria. Moore calls Flamelurker one of the most beloved of the Demon’s Souls bosses, which I’m not sure I agree with, but hey maybe this time maybe most players won’t trap him in the environment to squeeze out a victory.

A haunting, byzantine dungeon crawl, the Tower of Latria is one of the most lauded locations in the Souls universe, a chilling place filled with mystery and magic. There are also Mind Flayers who will tear you to pieces with powerful magic. Many a player has nightmares about their paralytic powers, which seem to be perfectly retained here in this new incarnation.

We also get a look at the Valley of Defilement. A dark, desolate area that was essentially the precursor to other Dark Souls locales of note such as Blighttown and The Gutter, you can see a few changes in the remake’s version, including some slight changes that give the player some increased visibility. Purists may balk at this (and any number of other small changes), but I’m more than willing to see how that change plays out in reality when the game launches soon. There are also a number of smaller jump cuts that give players a taste of other areas of the game scattered about the video, and one thing is for certain — in terms of visuals, the remake looks incredible.

You can watch the entire State of Play right here.