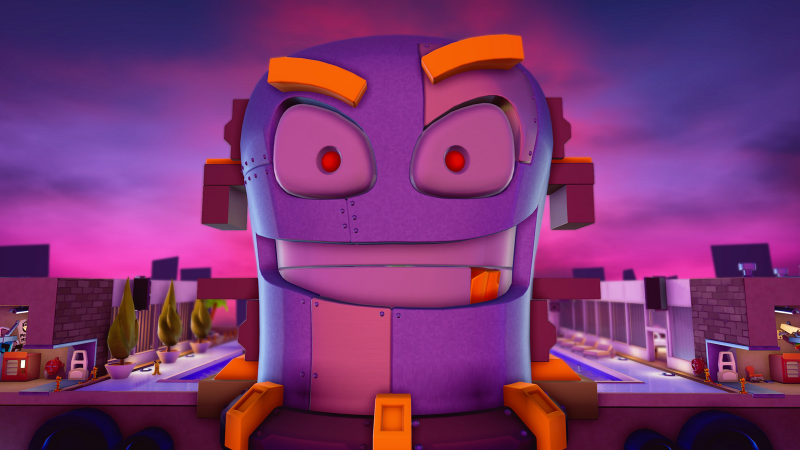 Did you know that the Worms franchise was coming back? Team17’s rambunctious take on the classic artillery-style game is scheduled to launch in just three weeks, but you can get in the beta this weekend and enjoy the action until Monday. Worms Rumble is launching on PlayStation 4, PlayStation 5, and PC on December 1st, but you can play in the weekend beta on PS4 and Steam. The beta is free on Steam, or obtainable via PlayStation Plus.

This open beta session includes a new map to play on, Transforming Towers. The aptly named arena features a giant tower that transforms into a giant robo-worm, because why not? You can also play in several different game modes, from traditional Deathmatch to battle royale options such as Last Worm Standing or Last Squad Standing.

If you’ve never played a Worms title, it has its roots all the way back in the DOS era of gaming, where tanks or other creatures would input trajectory commands and fire shells or other objects at each other over vast distances, attempting to knock each other out. The so-called artillery genre has expanded and while still quite niche, has had several standout franchises spawn out of its roots, one being the Worms series. While I’ve played many hours of Worms titles huddled around a PC as we did “hot seat” swapping and hurling Holy Hand Grenades at each other, I miss Gunbound more than ever these days. Please come back, Gunbound. Please.

Anyway, in this beta session you can play with up to 32 players with a bunch of wild weaponry. Sheep Launchers. Plasma Blasters. Sentry Turrets. Something called a Hammerhead, which might actually be a shark knowing the Worms games. And of course, moving around the terrain is an important method to get your worms in place to land their shots, so you can use grappling hooks, jet packs, and more. Finally, you can get cosmetics like hats and skins for your little worms too.

Check out the trailer for a look at some Worms Rumble action!

Unto The End Official Release Date Confirmed with Special Trailer