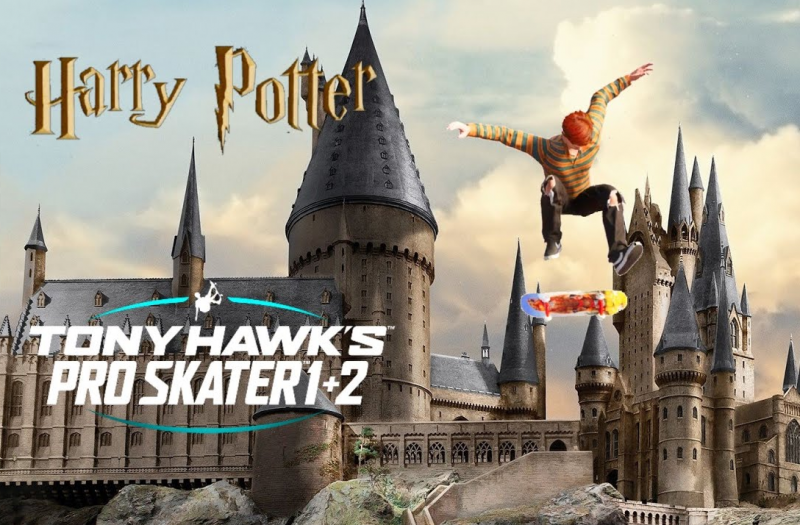 Back in October, we shared a really awesome recreation in Tony Hawk’s Pro Skater 1 + 2 that brought the Super Smash Bros. Hyrule stage to life in a unique, new way. Now the community has done it again, though this time with a bit more magic with this faithful Hogwarts homage from Harry Potter.

While there is an official Harry Potter game coming out on the horizon, one player decided that they just really wanted to shred in the magical world of Hogwarts. Kickflip off of He Who Shall Not Be Named’s face for extra cred (not really, but that would be cool).

This is one of the many ways skate fans have shared how incredible the level creator truly is with the right motivation. While not limitless freedom, the tools provided allow for a surprising amount of creative freedom for those that want to blend the best of two worlds with one epic park.

The same person that created this Hogwards nod also created the previous Hyrule Stage. The creator is ‘Skyramblez’ on YouTube and he’s no stranger to creative twists. It is important to note that this creation is for the PC version of the game, just mosey on over to the Create a Park browser and search ‘Hogwarts’.

Pretty impressive, right? What do you think about the magical Harry Potter’s Hogwarts recreation? What other games would you like to see collide with Tony Hawk’s Pro Skater 1 + 2? Sound off with your thoughts in the comment section below!