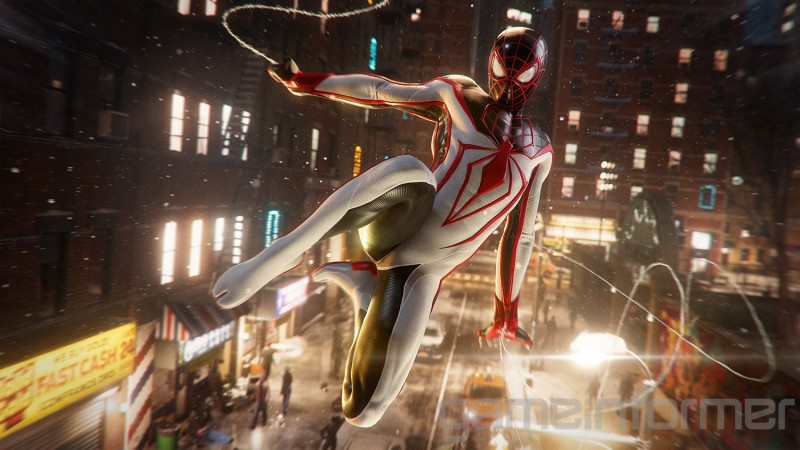 From the game’s first boss fight to catching up with Peter and Miles, we’ve already seen a lot from Marvel’s Spider-Man: Miles Morales. But the fun doesn’t stop there!

One of the main ways Insomniac is differentiating the two web-slinging heroes is through their abilities in combat. While Miles will still have access to a plethora of spider gadgets, he’ll also be able to camouflage himself to surprise his foes when players want to go in a bit quieter.

Join us for this exclusive look at how Miles fares in combat using both stealth and his new electric powers!

If you enjoyed this short video, be sure to check out our story covering who Miles is and our new episode of The GI Show where we go in-depth on our time seeing the game.