From the Razer Blade Stealth 13 to the Razer Iskur Gaming Chair, we’ve gathered each and every product announced below; 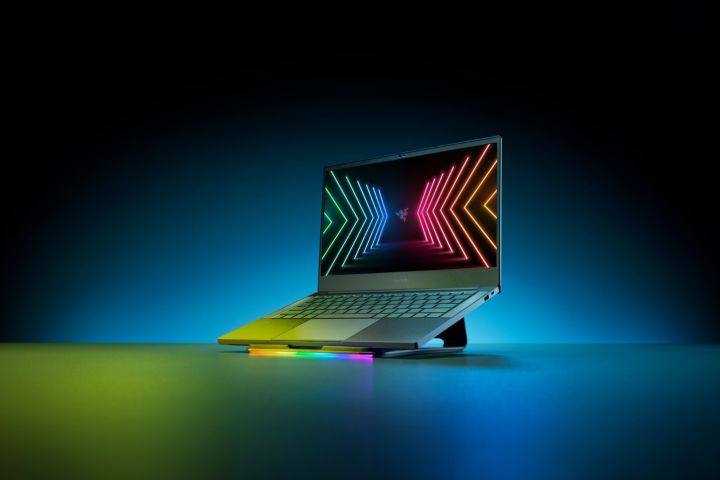 This laptop is capable of up to 4.7GHz using Intel Turbo Boost technology and can be paired with the NVIDIA GeForce 1650 Ti for those looking for a great solution for productivity, gaming, video rendering, and more.

In addition to the Full HD OLED Tourch screen, the Razer Blade Stealth also offers a Full HD 120Hz option that features the highest refresh rate panel available on a 13″ laptop, a matte finish for reduced glared, and full coverage of the SRGB color space. 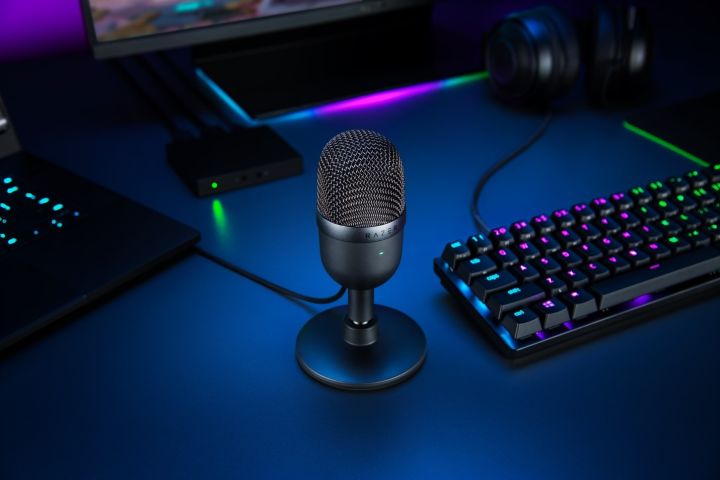 The all-new Razer Seiren Mini is a sleek and compact desktop microphone that is Razer’s smallest USB powered microphone to date. It offers pro grade sound in an ultra compact form factor and is available in three colors – Razer Black, Quartz Pink, and Mercury White.

It features a supercardioid pickup pattern that helps reduce unwanted ambient noise, paired with a “finely tuned 14mm condenser capsule to broadcast crisp and accurate sound.” There will also be a built-in shock mount and a heavy-duty tilting stand to maintain stability. 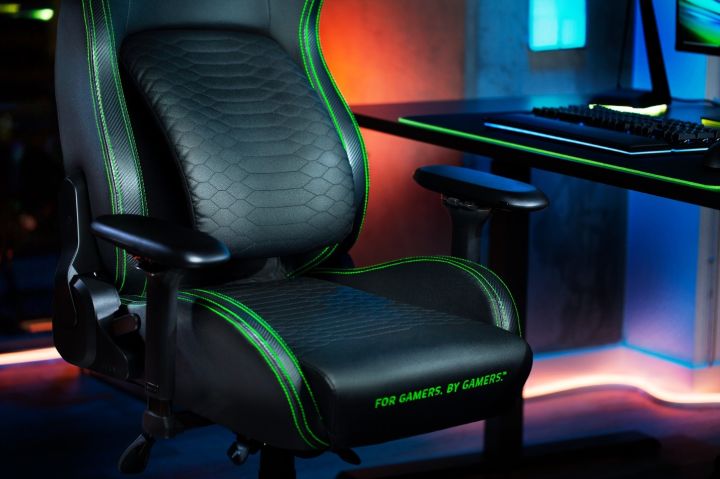 It will be available on October 10, 2020, for $499.99 USD at Razer.com, and it also sports a 4D armrest system and a memory foam neck pillow for added comfort and support.

The previously mentioned lumbar system offers 26 degrees of customization and works to reduce aches and strains by supporting the full curvature of the spine, specifically the mid and lower regions where tension builds up the most.” It also has a 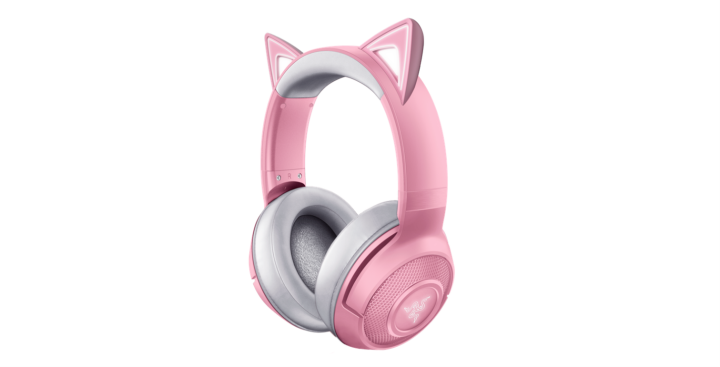 A new take on a fan favorite, the Razer Kraken BT Kitty Edition headset allows “fans to take their meow factor anywhere and everywhere.” This wireless headset features Bluetooth 5.0 connectivity, 40mm drivers, Razer Chroma RGB, and up to 50 hours of battery life. It also has a built-in microphone with beamforming technology to block out ambient noise capture the wearer’s voice as clear as possible.

Its striking kitty design, complete with adorable ears, is available with a Quartz Pink finish with an accent of the Mercury White padding on the headband and earcups, which respond to apps and notifications with Razer Chroma RGB. 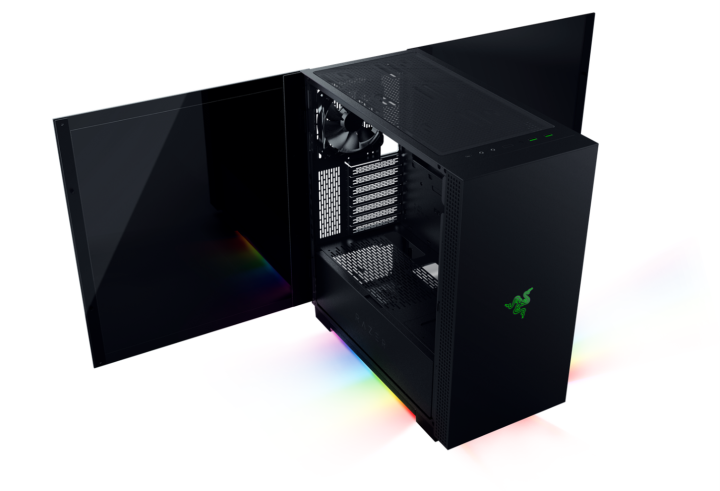 These chassis, designed by Razer for PC gaming enthusiasts, are available in two distinct sizes – The Tomahawk ATX, a standard mid-tower case, and the Tomahawk Mini-ITX, a small form factor case.

They both feature full tempered glass side panels to showcase the desktop components on one side and the “elegant cable management” solution on the other. They detach from a rear hinge that allow for easy access to the aforementioned components.

The chassis sport a matte black metal frame and an all-black front panel accentuated with Razer’s green logo. The bottom is lined with Razer Chroma RGB lighting, which can be fully controlled via the Razer Synapse 3 software.

These were engineered with airflow in mind and can support up to a 360mm radiator along the front and up to two 140mm fans along the top. 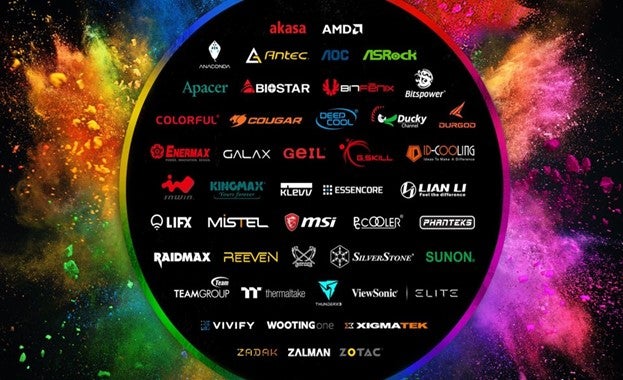 Alongside the new hardware announcements, Razer also introduced four partners to its Razer Chroma Connect program – WD Black, Seagate Gaming, Yeelight, and Twinkly. This brings the total third-party partners to over 50, making it “the world’s largest RGB lighting ecosystem for gaming devices with support for over 500 devices and over 150 games and applications.”

Source: IGN.com The Razer Blade Stealth 13 and Every Product Announced at RazerCon 2020