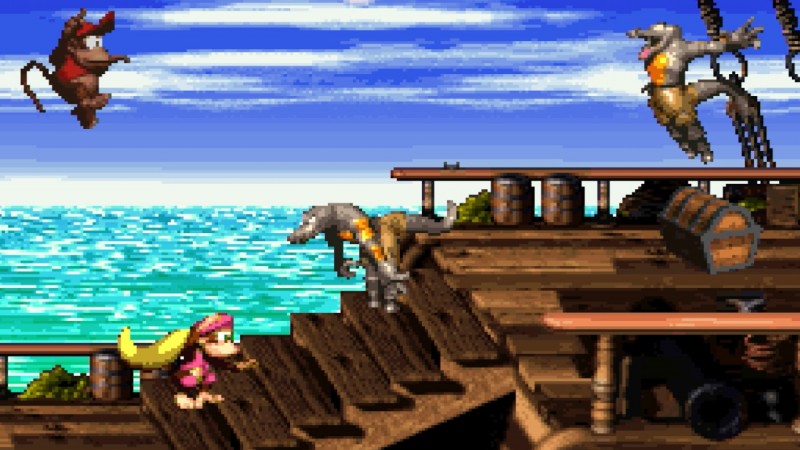 The headliner this month is undoubtedly Donkey Kong Country 2: Diddy’s Kong Quest (pictured above). The follow up to the iconic SNES platformer sees Diddy and Dixie Kong taking the spotlight in an adventure to save Donkey Kong from the clutches of King K. Rool. In addition, Nintendo Switch Online subscribers can look forward to adding puzzle game Mario’s Super Picross and action title The Peace Keepers on the SNES side, while NES enthusiasts have S.C.A.T.: Special Cybernetic Attack Team coming at them.

In order to access the ever-growing library of classic games available on Switch, which includes titles like The Legend of Zelda: A Link to the Past, Super Mario World, Super Metroid, and Super Mario Kart, you must be a subscriber to Nintendo Switch Online. The service, which also grants you access to Switch games’ online features, also gives you the ability to play downloadable titles like Tetris 99 and the upcoming Super Mario Bros. 35 at no additional cost.