UPDATE: Jason Momoa has gone into greater detail about his support for Ray Fisher’s claims of Joss Whedon running a toxic and hostile set during the Justice League reshoots.

In a post to his Instagram account, Momoa wrote: “THIS SHIT HAS TO STOP AND NEEDS TO BE LOOKED AT @ray8fisher AND EVERYONE ELSE WHO EXPERIENCED WHAT HAPPEN UNDER THE WATCH OF @wbpictures NEEDS PROPER INVESTIGATION.”

The Aquaman star went on to call foul on the recent news that he was voicing Frosty the Snowman in a movie to be produced by Jon Berg and Geoff Johns, the former DC Films execs Fisher has specifically called out for fostering Whedon’s alleged bad behavior on set.

“I just think it’s fucked up that people released a fake Frosty announcement without my permission to try to distract from Ray Fisher speaking up about the shitty way we were treated on Justice League reshoots,” Momoa wrote. “Serious stuff went down. It needs to be investigated and people need to be held accountable.”

Jason Momoa is the first Justice League cast member to publicly “stand with” Ray Fisher in his case against Joss Whedon.

Momoa played Aquaman in 2017’s Justice League alongside Fisher’s Cyborg with Whedon serving as the director after previous director, Zack Snyder, had to bow out due to personal reasons. Fisher recently accused Whedon of running a toxic and hostile set and that DC Films chair Geoff Johns and former co-chair Jon Berg enabled Whedon’s alleged bad behavior. The rest of the Justice League cast has remained quiet, but on Sept. 8, Momoa showed his support for Fisher on his Instagram story, as originally reported by Variety. 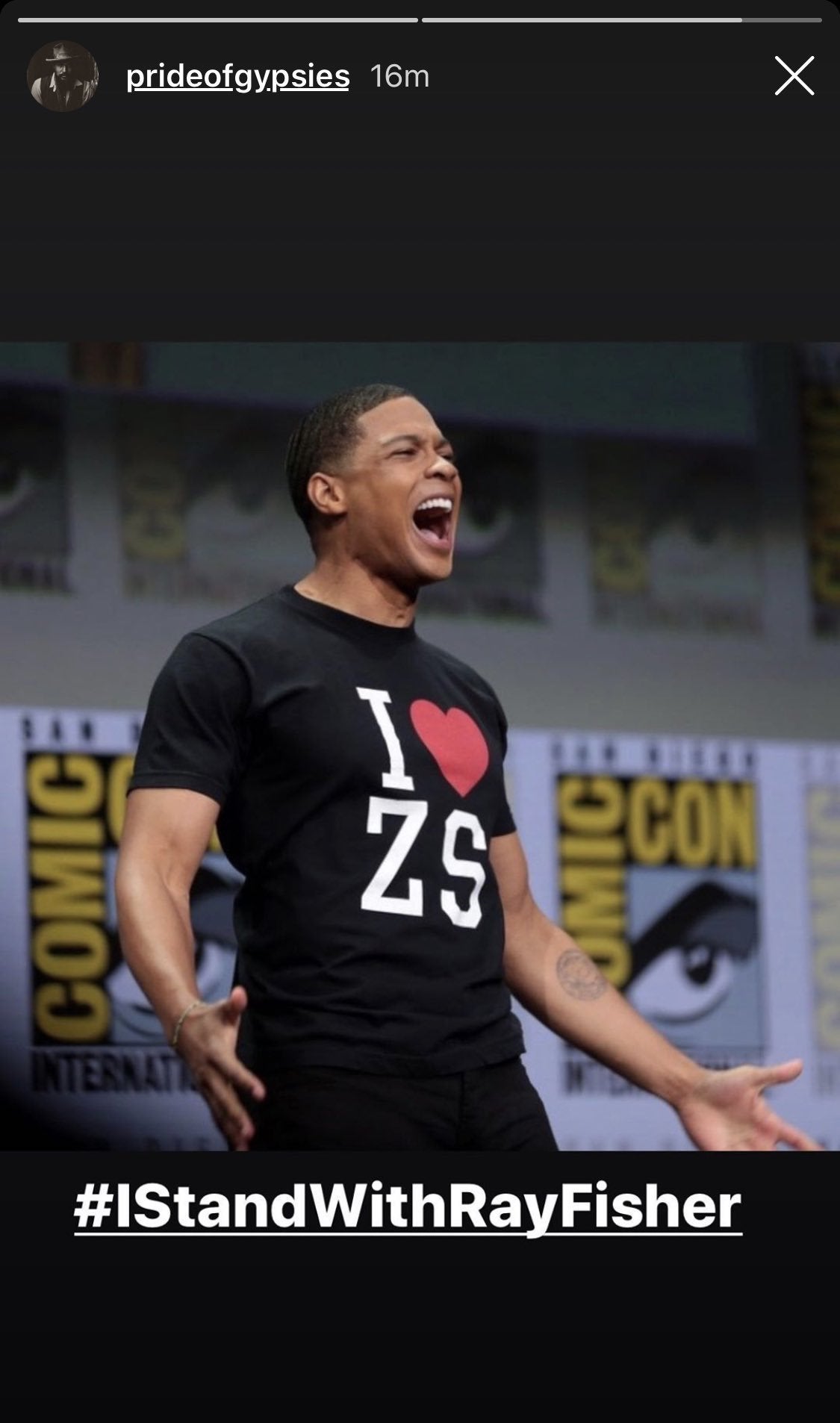 As you can see, Momoa said “#IStandWithRayFisher,” which marks the first show of public support from any of Fisher’s fellow Justice League cast members. Momoa didn’t mention anything else but the message is pretty clear. Fisher posted a screenshot on Twitter of Momoa’s post that says “Let’s Go!!! #BORGLIFE Accountability>Entertainment.”

Without inferring into Momoa’s message, it’s a case of Fisher’s story versus the DC Films side of the Justice League Production. It’s worth noting that Momoa has voiced his support of Fisher while in talks to voice the titular character in an upcoming Frosty the Snowman Warner Bros. picture that has both Johns and Berg attached to it.

You can check out Momoa and Fisher in their respective DC roles in the upcoming Snyder Cut of Justice League, which is set to hit HBO Max in 2021.