Will Smith has shared two images from the upcoming Fresh Prince of Bel-Air reunion special on HBO Max, and he also revealed that he sat down with Janet Hubert, who originated the role for Aunt Viv, for the first time in 27 years.

Smith revealed the images on Instagram, saying, “Today is exactly 30 YEARS since The @FreshPrince of Bel-Air debuted! So we’re doin’ something for y’all… a for real Banks Family Reunion is comin’ soon to @HBOmax! RIP James. #FreshPrince30th” 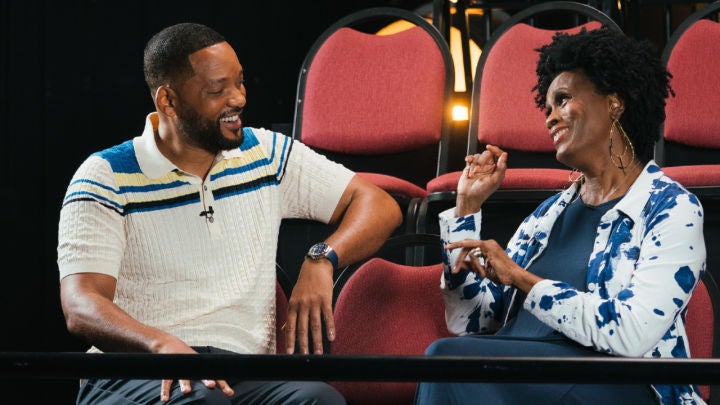 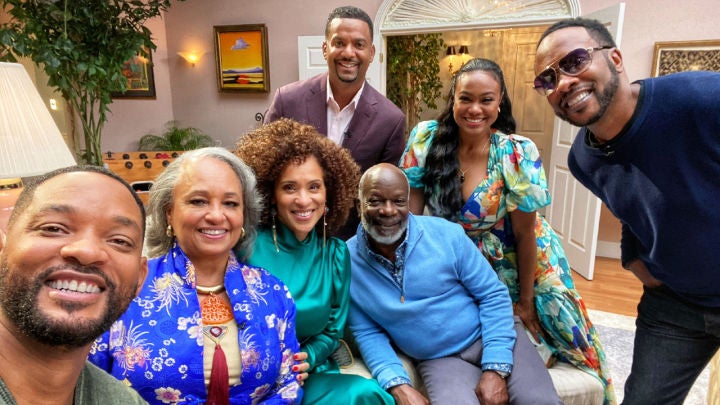 James Avery, who Smith was referencing in his post, played Uncle Phil on The Fresh Prince of Bel-Air and passed away in 2013 at the age of 65.

As for Hubert, Smith surprised the cast when he revealed he sat down with her for a “emotional reunion and a candid conversation” that will be part of this upcoming special. Hubert played Vivian Banks for 74 episodes from 1990-1993, before Daphne Maxwell Reid took over the role through the end of the series.

The second photo features members of the main cast, including Tatyana Ali (Ashley Banks), Karyn Parsons (Hilary Banks), Joseph Marcell (Geoffrey Butler), Daphne Maxwell Reid (Vivian Banks), Alfonso Ribeiro (Carlton Banks), and DJ Jazzy Jeff (Jazz), who all came together for a “family reunion on the set of the Banks’ home in this one-time special” that was taped today, September 10, 2020.

In addition to hearing from The Fresh Prince of Bel-Air’s series regulars, this special will also feature guest appearances, music, and dancing.

While this reunion may only be for one night, The Fresh Prince of Bel-Air is getting a reboot with a darker and more dramatic tone. It’s is being developed by Morgan Cooper, who produced an unlicensed faux-trailer for a proposed Fresh Prince reboot, and is being co-produced by Smith’s Westbrook Studios and Universal TV.