It’s that time fo the year again and with so many stuck inside this season, what better way to spend your time than binging through Netflix’s latest Halloween offerings. The streaming service is promoting 23 new spooky and Halloween-themed titles to watch throughout the chilly season. Netflix has already released some of these titles with more dropping each week leading up to Halloween.

Check out the 23 titles below to see what awaits you on Netflix in the coming weeks. Netflix has also provided us with a synopsis for each of these upcoming titles.

Synopsis: Oh Jun-u wakes up and finds a note from his mom that says his family went on vacation without him. He turns on the TV and the news anchor says that an outbreak is spreading nationwide, with the infected showing signs of cannibalism. Suddenly wifi is disconnected and what Jun-u can only hear is his father’s message that he must stay alive. The world goes crazy and everything is destroyed by the zombies. After more than 15 days without any social connection, Jun-u notices a laser beam coming from outside of his balcony window. Kim Yu-bin who lives on the other side of the apartment complex is the one with the laser pointer. They try to communicate using hand signals, determined to find ways to escape from an apartment complex which is now full of zombies. 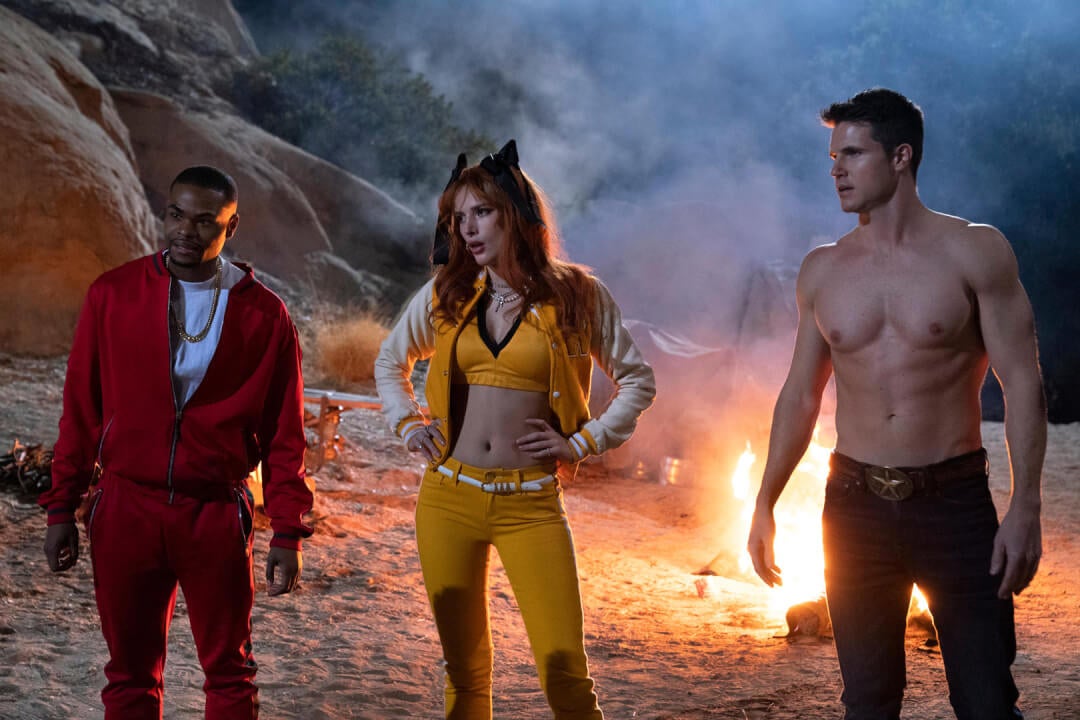 Synopsis: Two years after defeating a satanic cult led by his babysitter Bee, Cole continues to be haunted by the horrific events of that night. Everyone in his life thinks he has lost his mind since Bee and all of her friends disappeared, making Cole’s story hard to believe. He is still hopelessly smitten with his best friend and next-door neighbor Melanie – the only one who believes his story  – who convinces him to forget the past and come to a party thrown at a nearby lake. But when old enemies unexpectedly return, Cole will once again have to outsmart the forces of evil and survive the night. 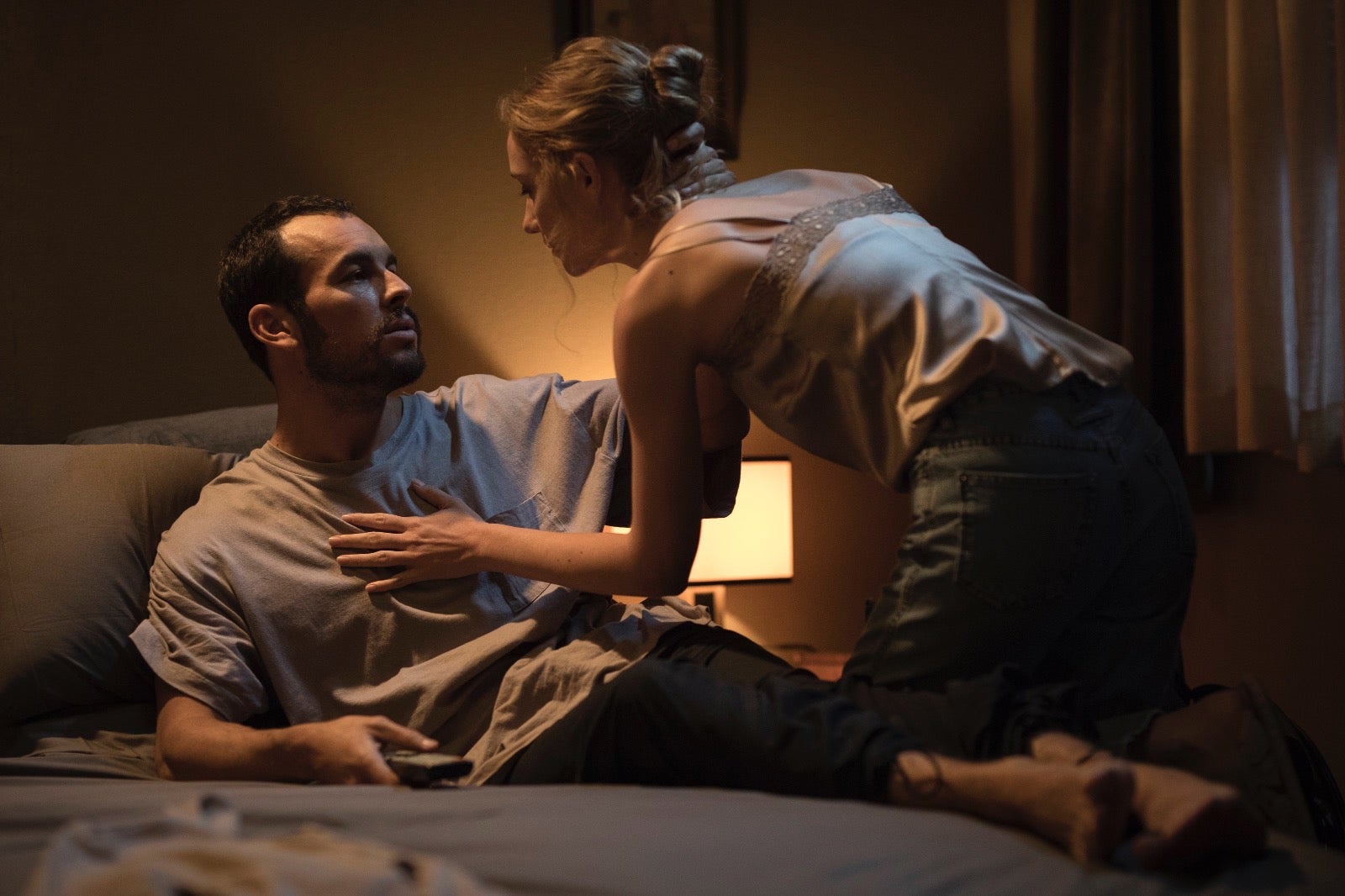 Synopsis: After an accident leaves him confined to a wheelchair and wallowing in depression unable to face his new life, Angel decides to channel his rage, getting even with those who, in his eyes, has betrayed him. Particularly the woman who left him when he needed her the most. 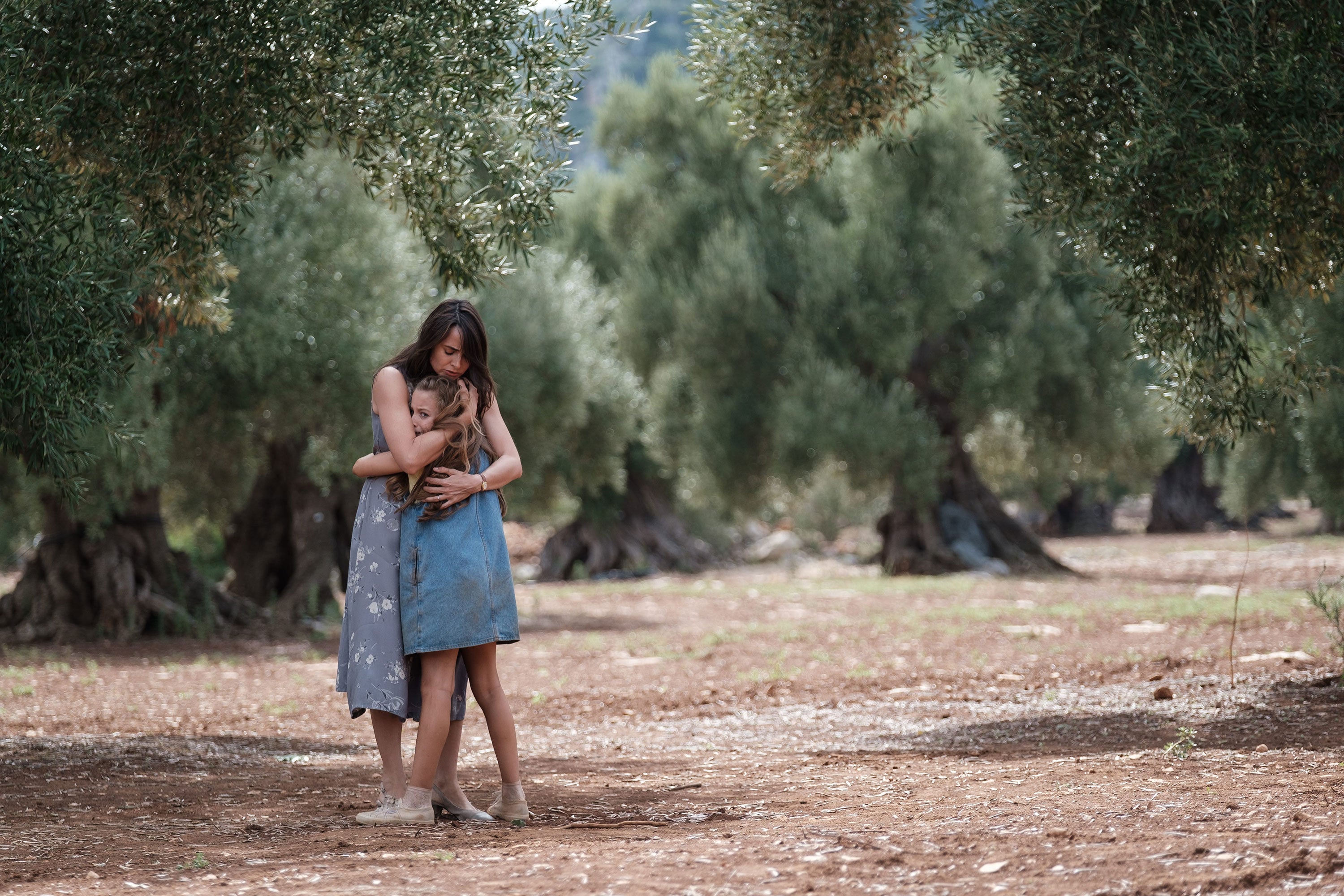 Synopsis: While visiting her fiancé’s mother in southern Italy, a woman must fight the mysterious and malevolent curse intent on claiming her daughter. 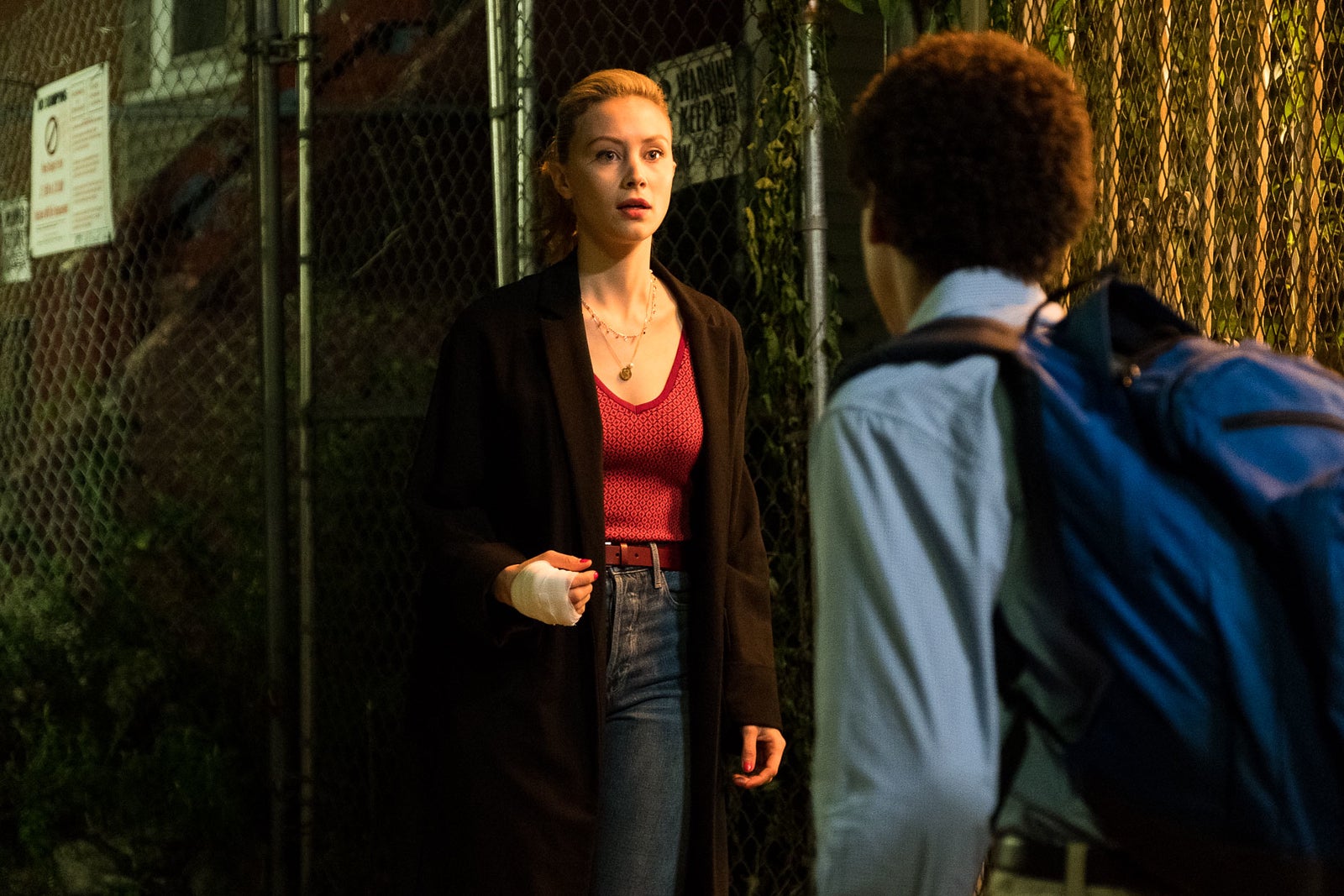 Synopsis: A group of young friends from the Bronx fight to save their neighborhood from a band of vampires. 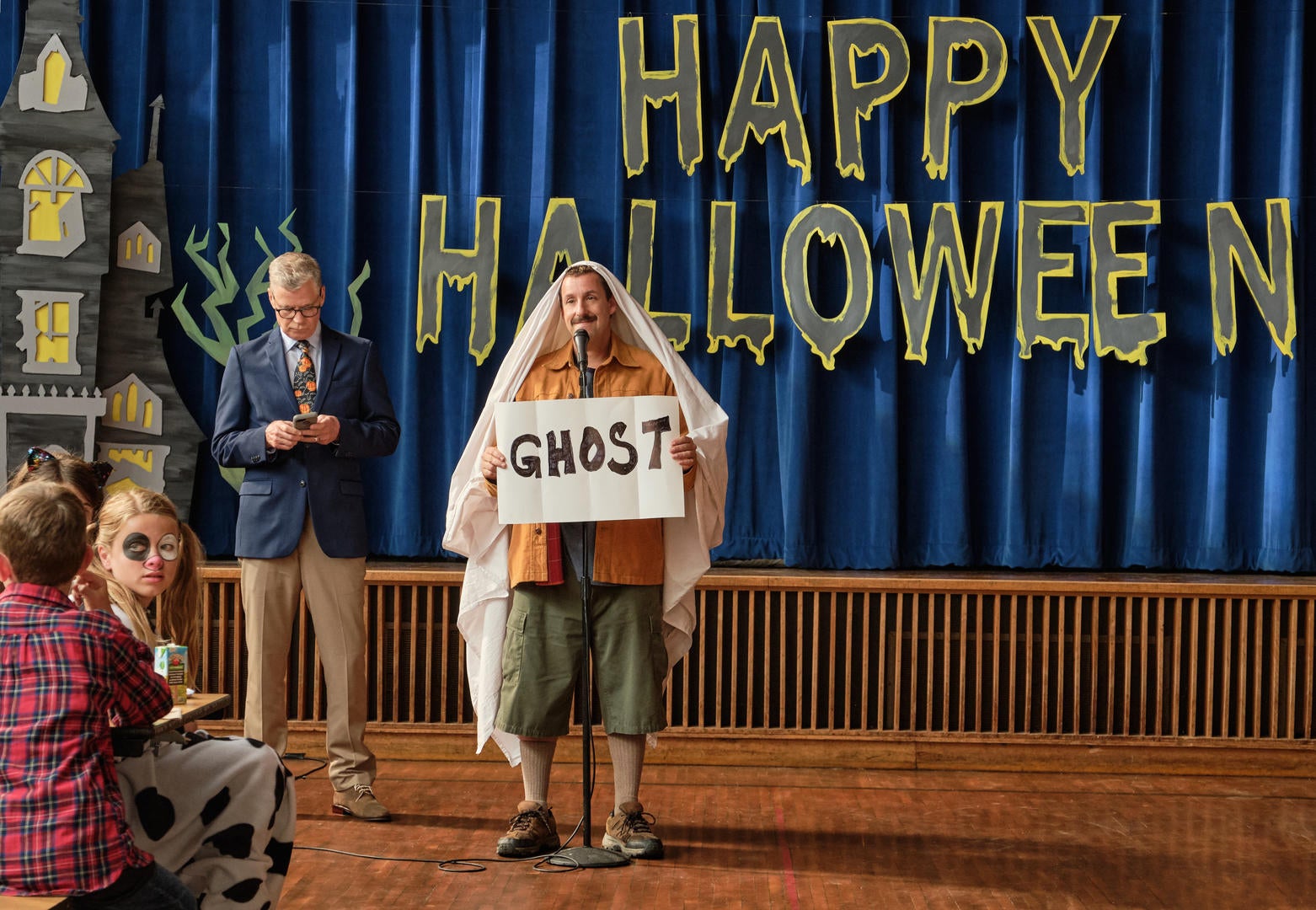 Synopsis: Hubie Dubois (Adam Sandler) thanklessly spends every Halloween making sure the residents of his hometown, Salem, celebrate safely and play by the rules. But this year, an escaped criminal and a mysterious new neighbor have Hubie on high alert. When people start disappearing, it’s up to Hubie to convince the police (Kevin James, Kenan Thompson) and townsfolk that the monsters are real, and only he can stop them. Hubie Halloween is a hilarious family film about an unlikely hero with an all-star cast including Julie Bowen, Ray Liotta, Noah Schnapp, Steve Buscemi, and Maya Rudolph, produced by Happy Madison. 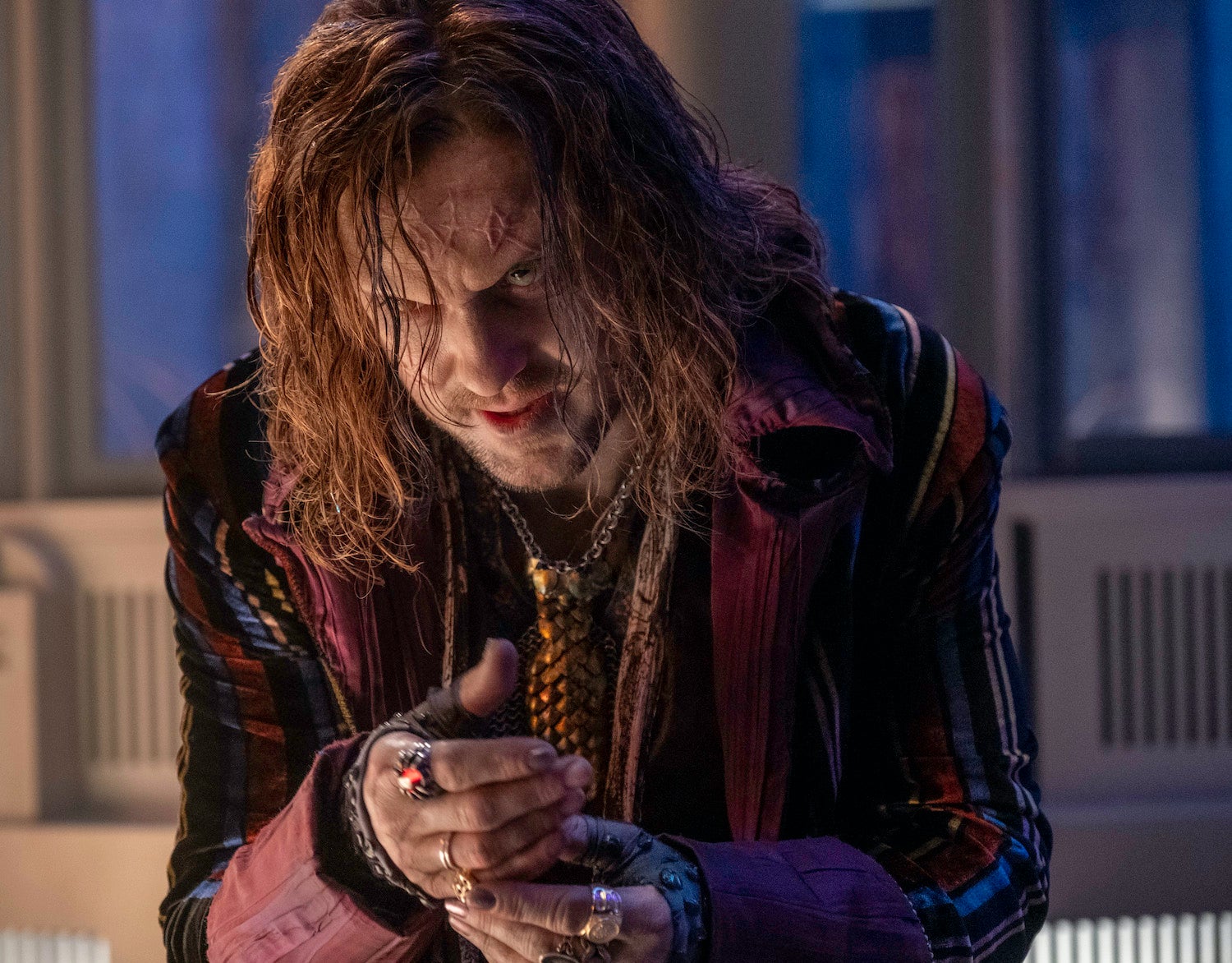 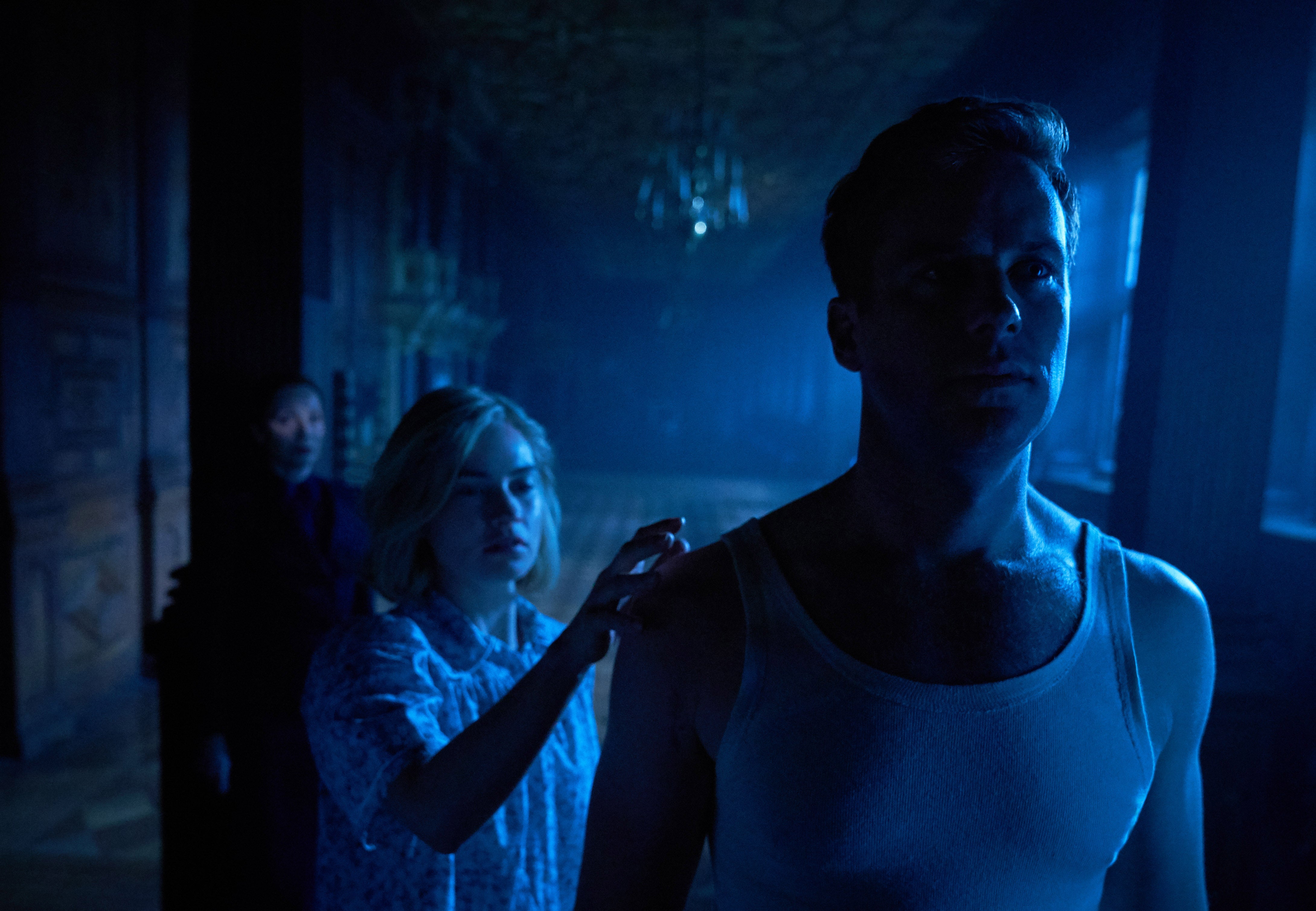 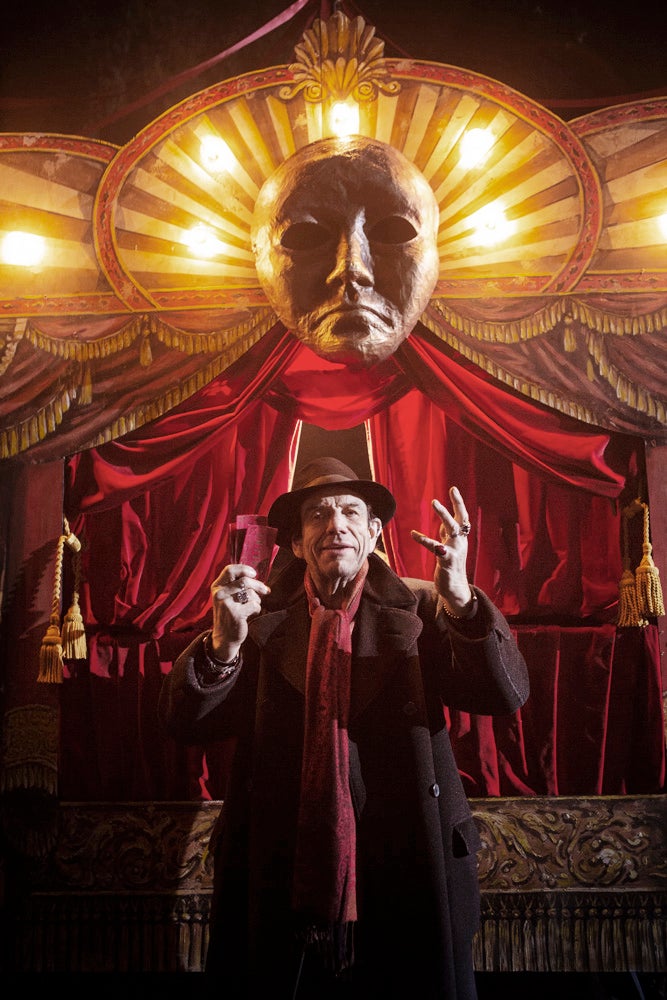 Synopsis: Cadaver is a Norwegian psychological horror film that takes us on a journey where humanity is being put to a test and stars among others Gitte Witt, Thorbjørn Harr, Thomas Gullestad) and Kingsford Siayor. In the starving aftermath of a nuclear disaster, Leonora (Gitte Witt), Jacob (Thomas Gullestad), and their daughter Alice (Tuva Olivia Remman) are on the edge of survival. One day, the local hotel invites survivors to attend a theatre play, with a meal included, as a charitable effort to help those in need. Left with no choice, the family of three decide to go to the hotel, where the director, Mathias (Thorbjørn Harr), introduces the entire hotel as the stage. Attendees are given masks to help separate them from actors, but the play takes an eerie turn when audience members start to disappear. The line between reality and theatre quickly gets blurred, until Alice disappears in front of Leo and Jacob, and there’s no longer room for doubt: Something is very wrong with Mathias’ hotel.

Nobody Sleeps in the Woods Tonight (Oct. 28) – Netflix Film

Synopsis: Addicted to technology, a group of teens attends a rehabilitation camp in the forest, but a sinister force there intends to take them offline forever. From 1-2-3 Production. 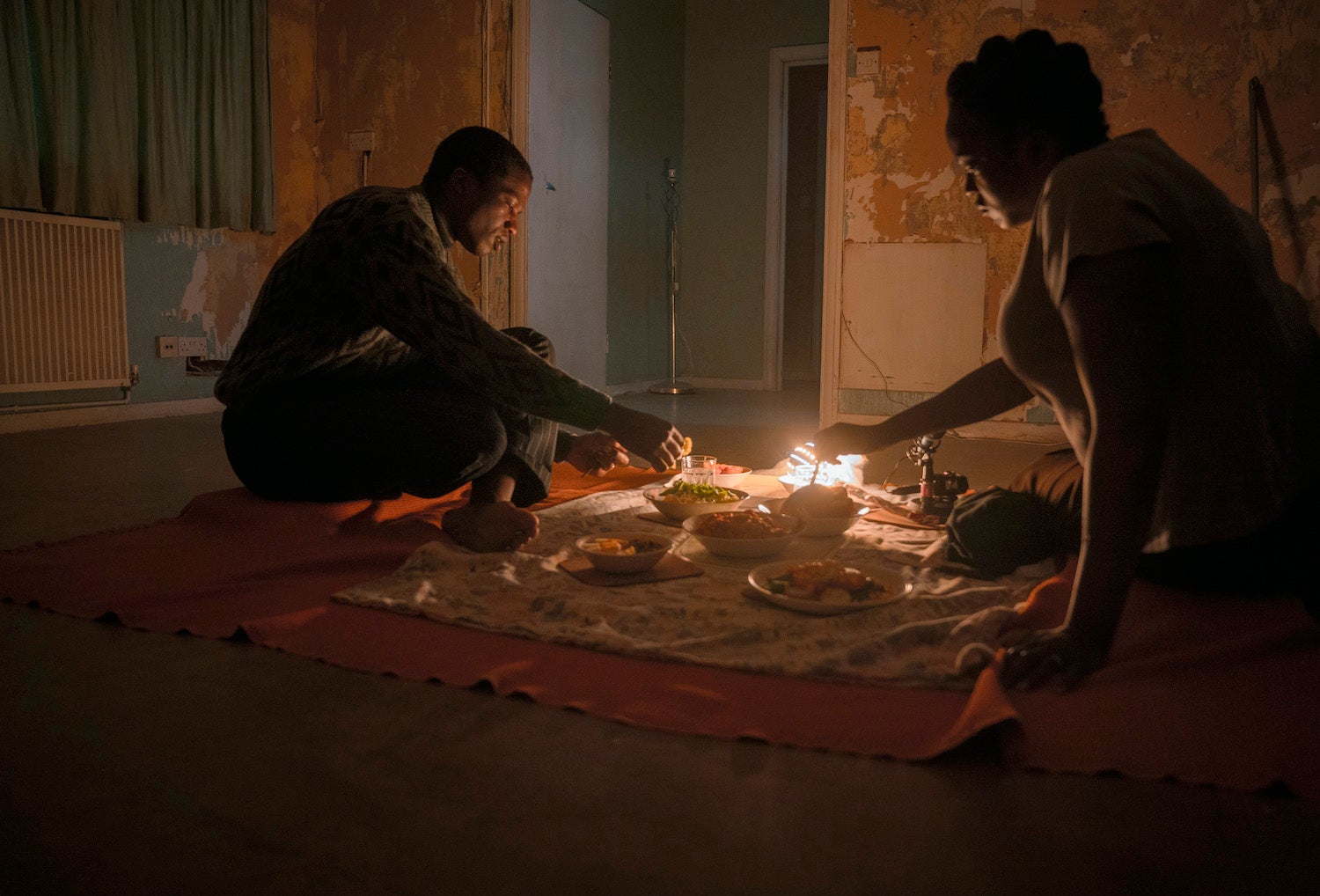 Synopsis: After making a harrowing escape from war-torn South Sudan, a young refugee couple struggles to adjust to their new life in a small English town that has an unspeakable evil lurking beneath the surface. 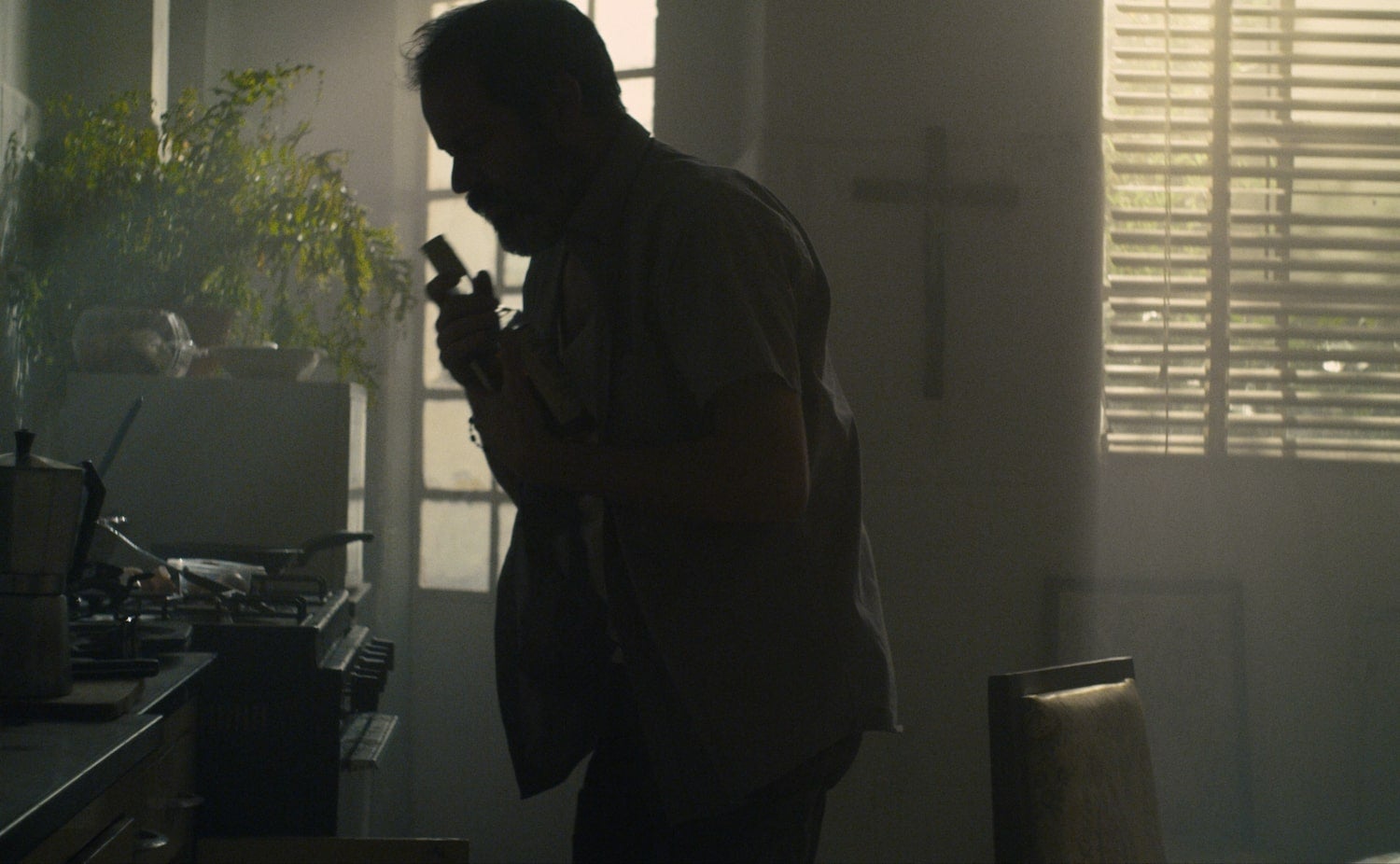 Menéndez is a retired priest who lives in his dark and ruinous apartment turning his back on the world. He suffers from a crisis of faith and is haunted by horrible nightmares and acts of his past that torture him.

One day, he receives the visit from Sebastián, an old friend who knows Menéndez’s past business. He claims his daughter is possessed by the devil and begs for Menéndez’s help to exorcise her, although he’s well aware of the aggressive methods the priest uses.

Pushed by Sebastián’s insistence and his inner conflict, Menéndez takes this case as a chance for redemption. He has a new goal in life but is she really possessed or will she suffer a senseless torture? 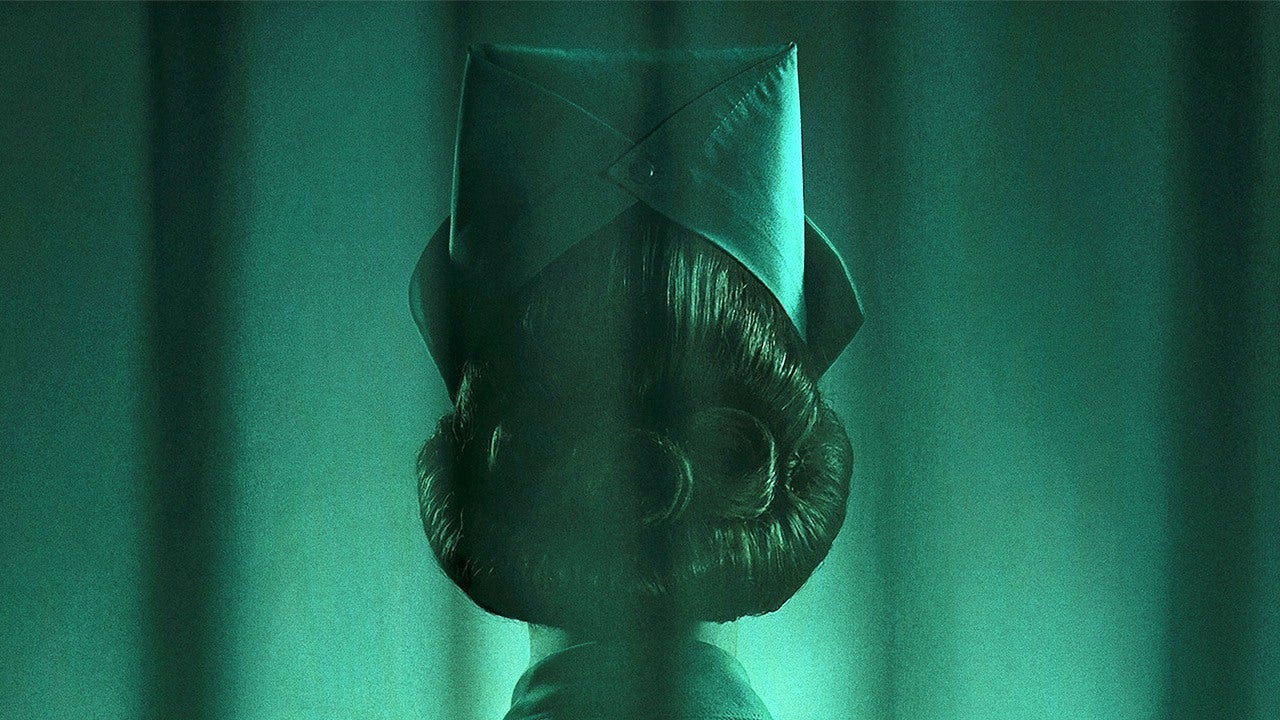 Synopsis: From Ryan Murphy and Ian Brennan, RATCHED is a suspenseful drama series that tells the origin story of asylum nurse Mildred Ratched. In 1947, Mildred arrives in Northern California to seek employment at a leading psychiatric hospital where new and unsettling experiments have begun on the human mind. On a clandestine mission, Mildred presents herself as the perfect image of what a dedicated nurse should be, but the wheels are always turning and as she begins to infiltrate the mental health care system and those within it, Mildred’s stylish exterior belies a growing darkness that has long been smoldering within, revealing that true monsters are made, not born. 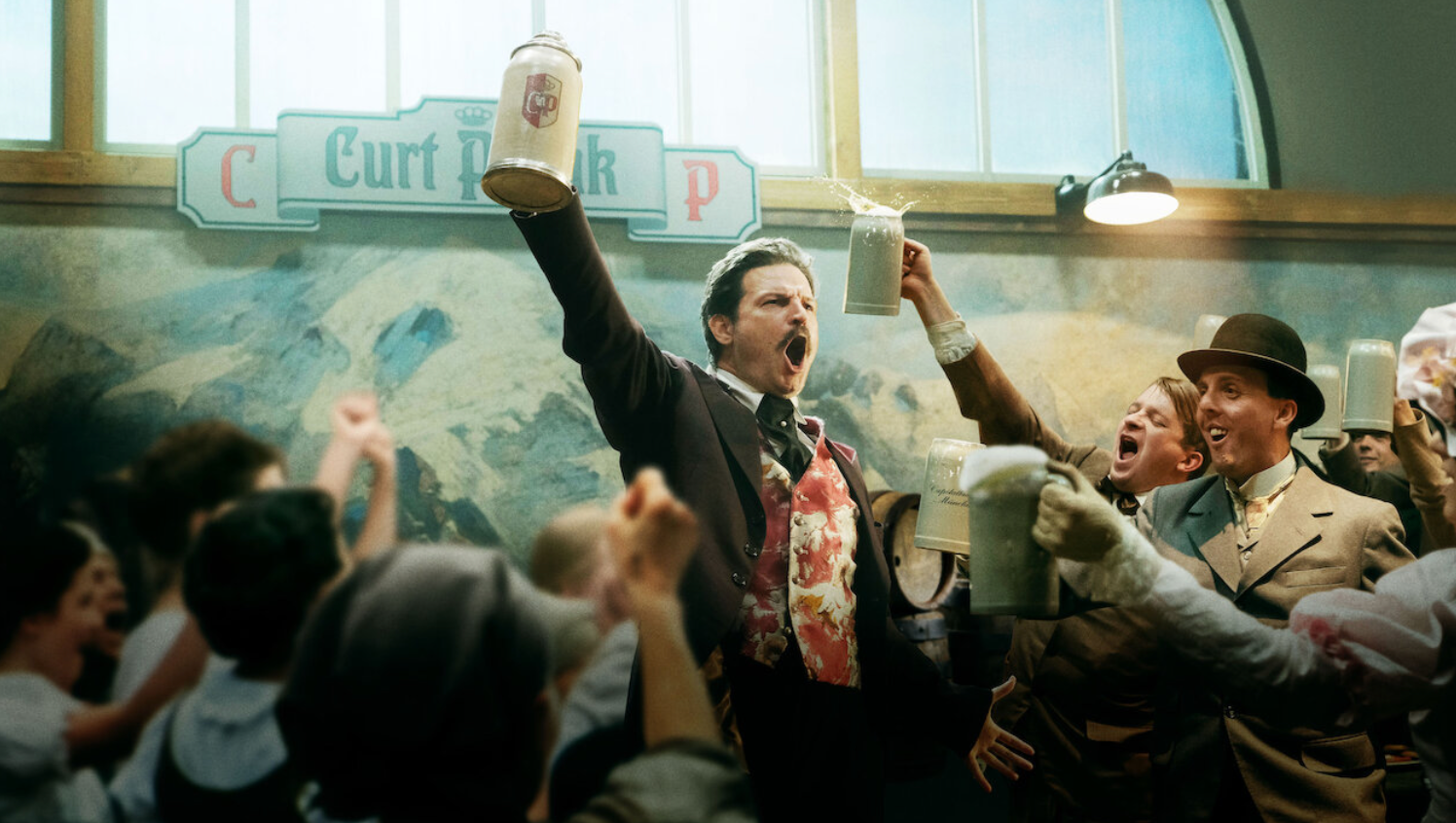 Synopsis: 1900: A rich newcomer with a shady past arrives in Munich determined to crash the local Oktoberfest with his own brewery. But when his daughter falls in love with the heir to a rival brewery, a violent chain of events is unleashed that will threaten both families’ futures. 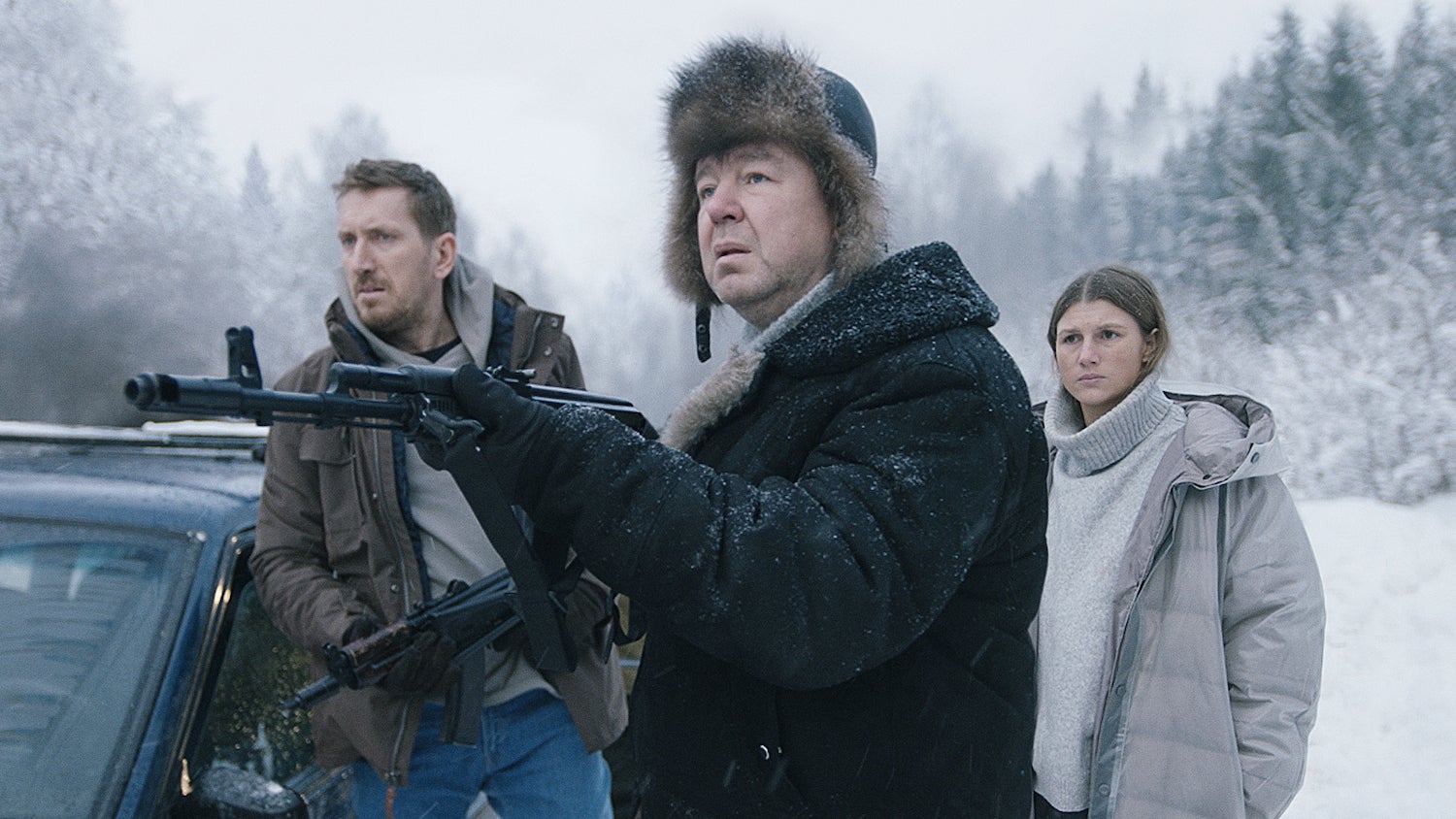 Synopsis: Facing the end of civilization when a terrifying plague strikes, a group risks their lives, loves — and humanity — in a brutal struggle to survive. From Akson Studio.

Synopsis: From The Haunting of Hill House creator Mike Flanagan and producer Trevor Macy comes THE HAUNTING OF BLY MANOR, the next highly-anticipated chapter of The Haunting anthology series, set in 1980s England. After an au pair’s tragic death, Henry Wingrave (Henry Thomas) hires a young American nanny (Victoria Pedretti) to care for his orphaned niece and nephew (Amelie Bea Smith, Benjamin Evan Ainsworth) who reside at Bly Manor with the estate’s chef Owen (Rahul Kohli), groundskeeper Jamie (Amelia Eve) and housekeeper, Mrs. Grose (T’Nia Miller). But all is not as it seems at the manor, and centuries of dark secrets of love and loss are waiting to be unearthed in this chilling gothic romance. At Bly Manor, dead doesn’t mean gone. 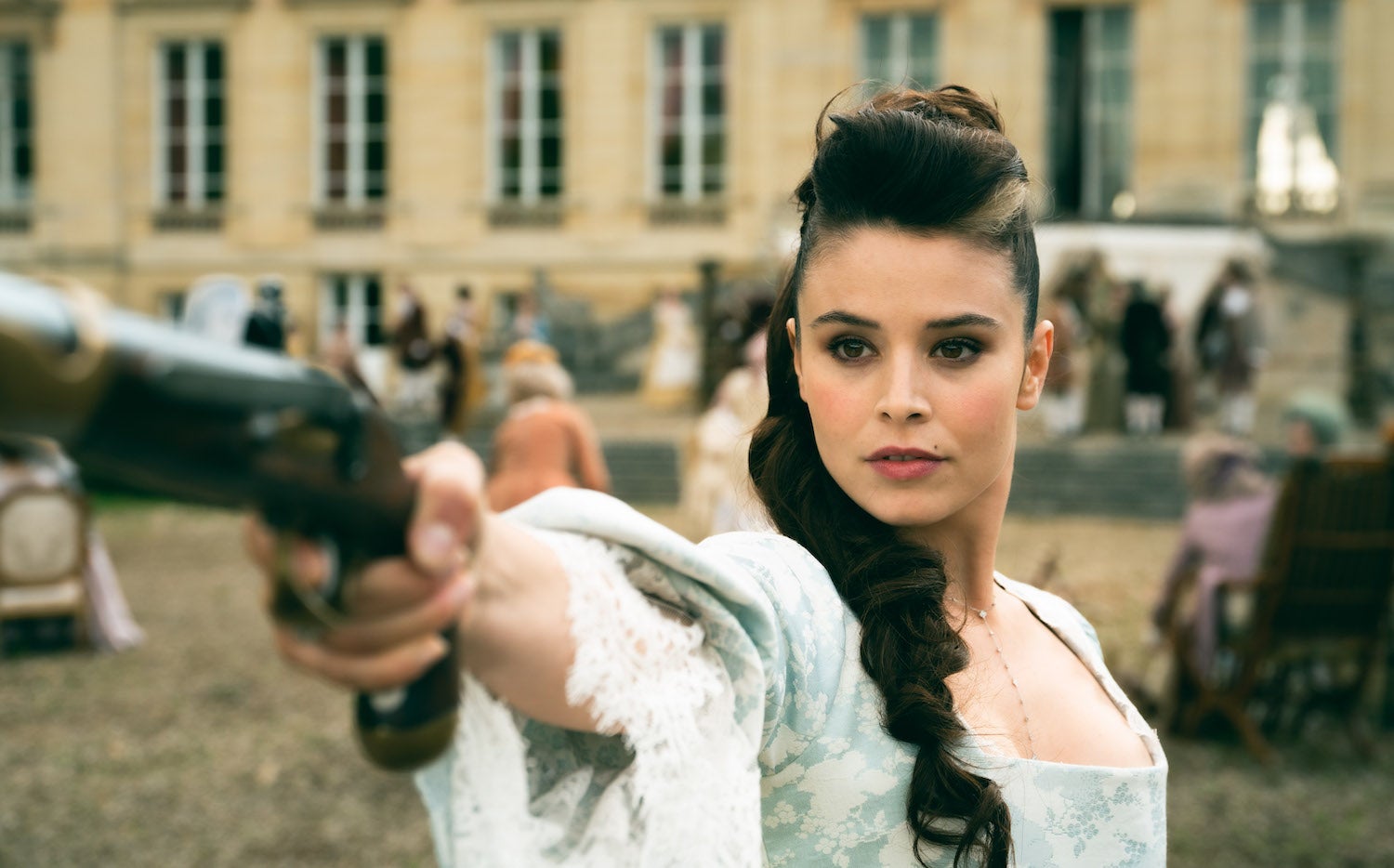 Synopsis: 1787, France. While investigating a series of mysterious murders, Joseph Guillotin – the future inventor of the world-famous ‘Guillotine’ – uncovers an unknown virus: the Blue Blood. The disease, quickly spreads amongst the French aristocracy, driving them to murder ordinary people and soon leads to a rebellion… What if the French Revolution didn’t happen the way we were told? 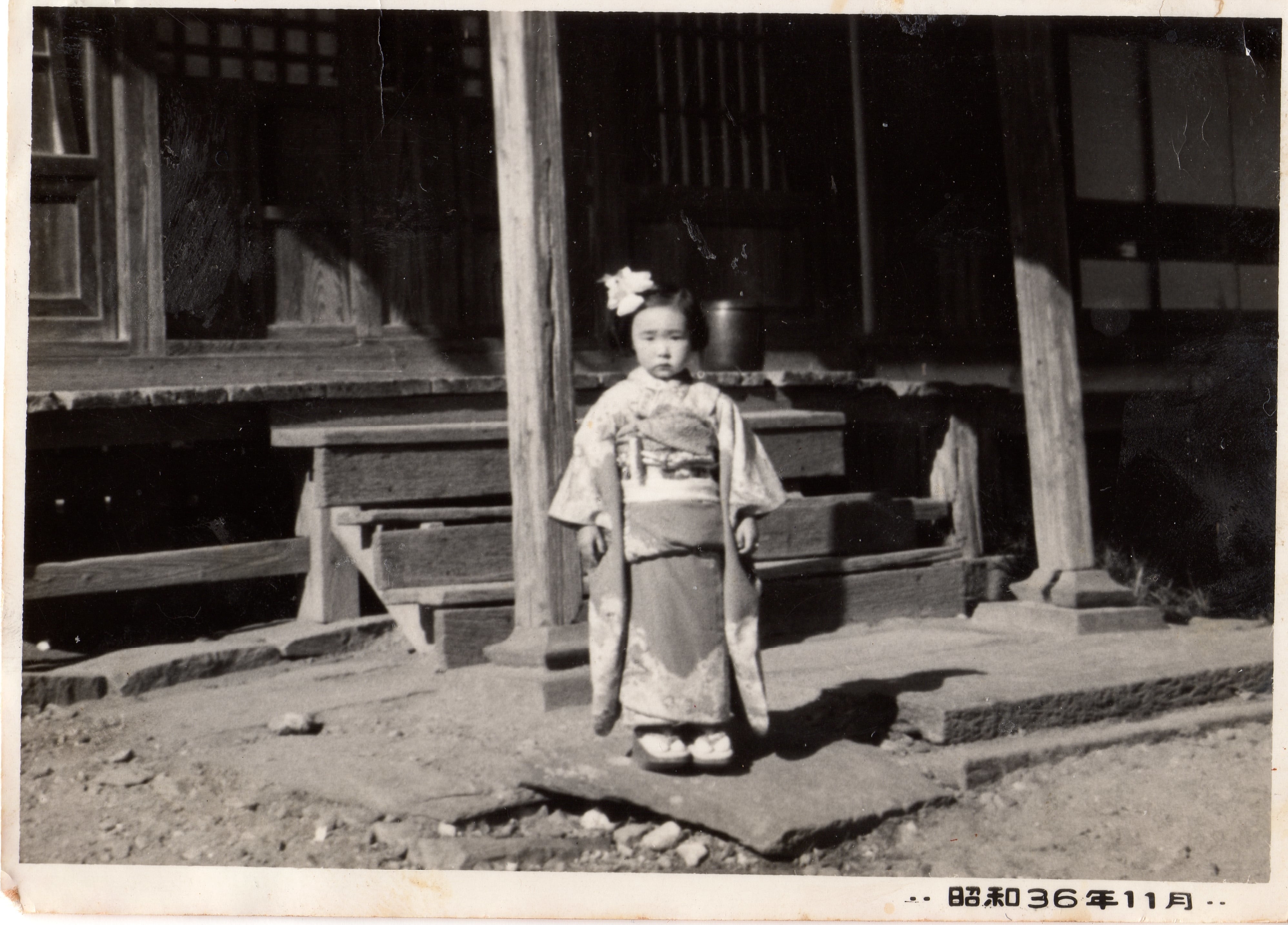 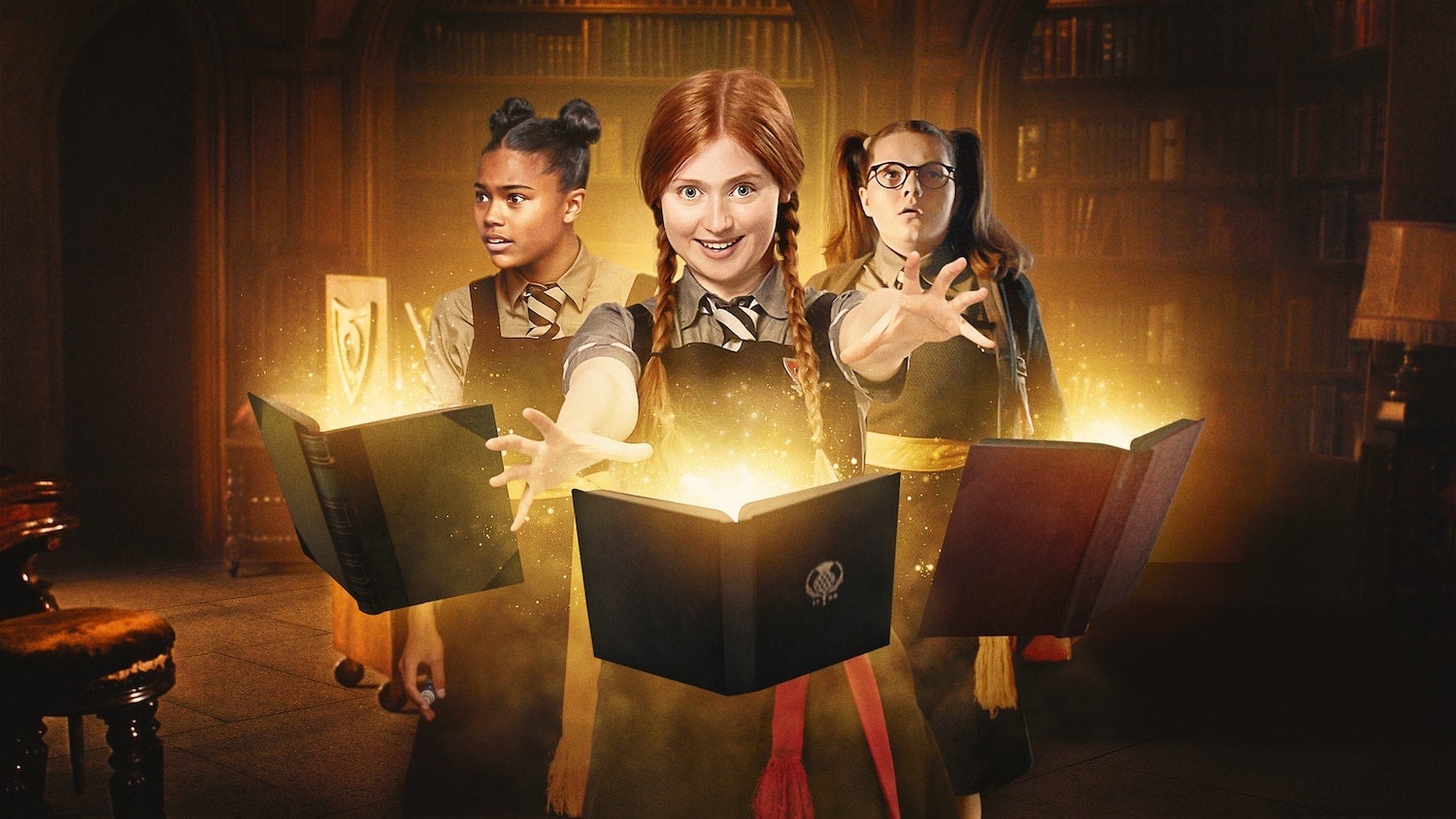 Synopsis: A series of challenges push Mildred and Ethel’s magical powers to the limit as they compete for the honor of being named Head Girl. 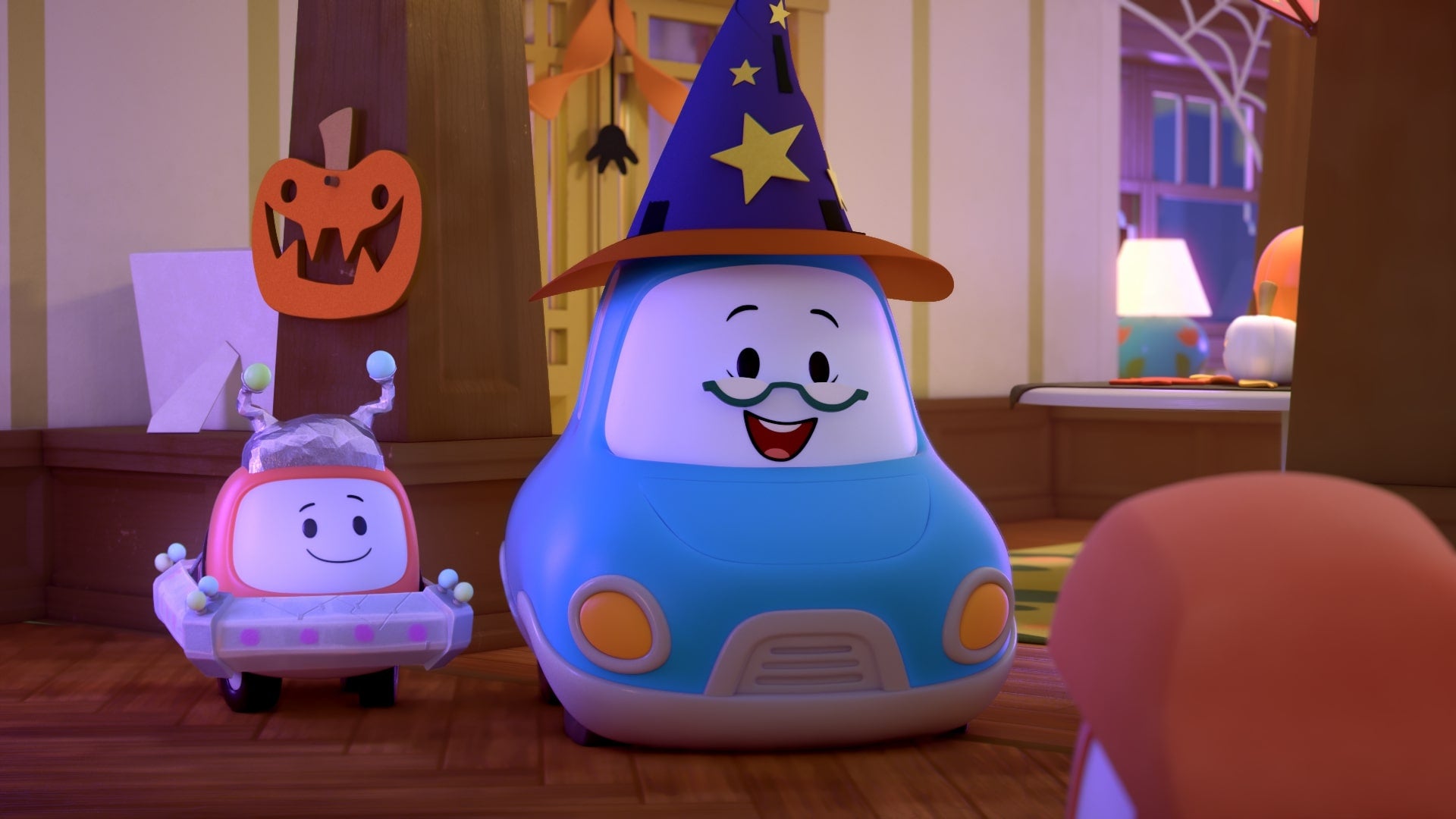 Synopsis: Cory, Chrissy, and Freddie are on the hunt for king-sized candy bars this Halloween! But are all the treats worth the trek to the spooky side of town? 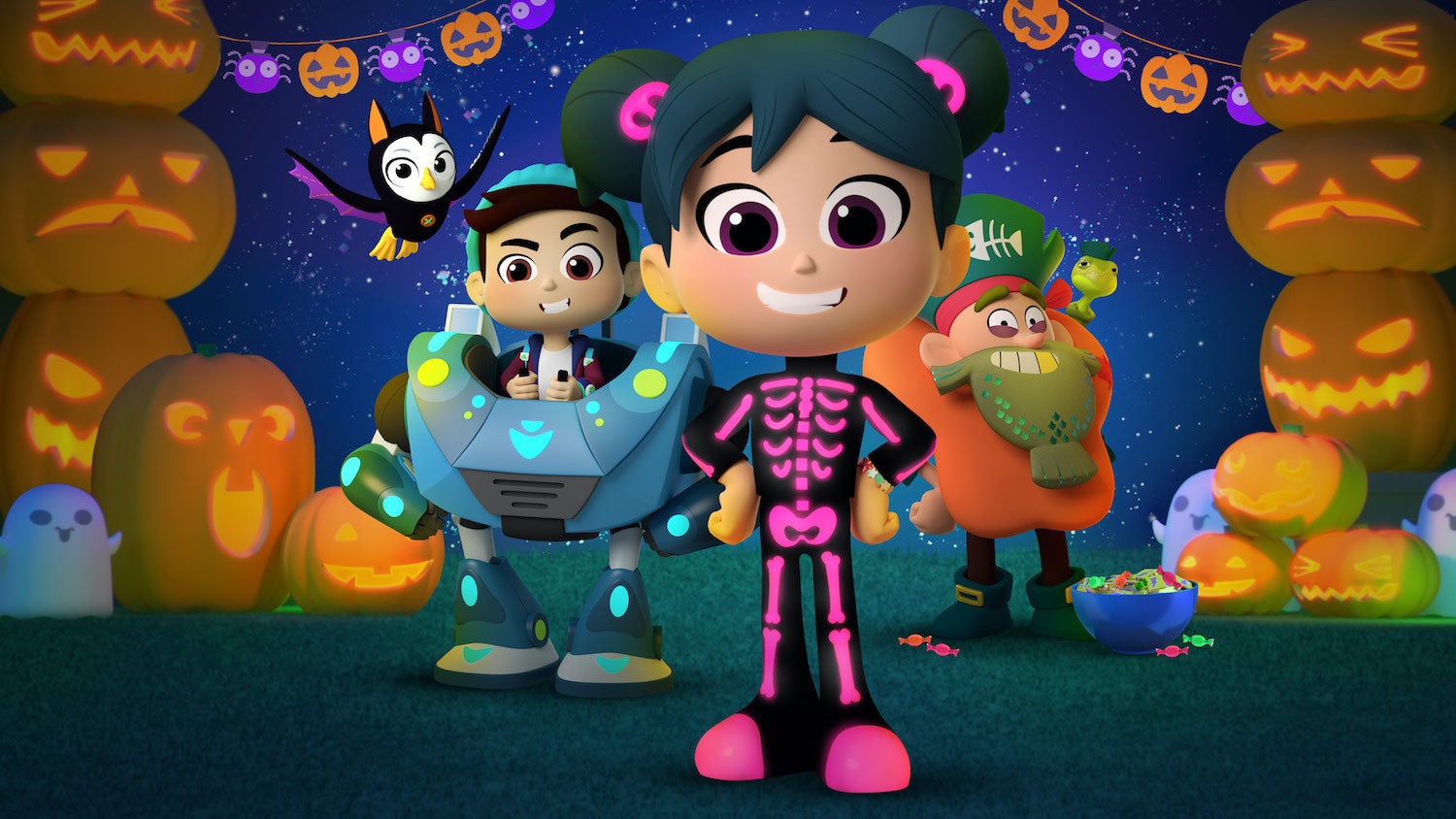 Synopsis: Greedy Captain Fishbeard is stealing everybody’s Halloween treats for himself, but StarBeam and Boost have some tricks up their sleeves to save the day! 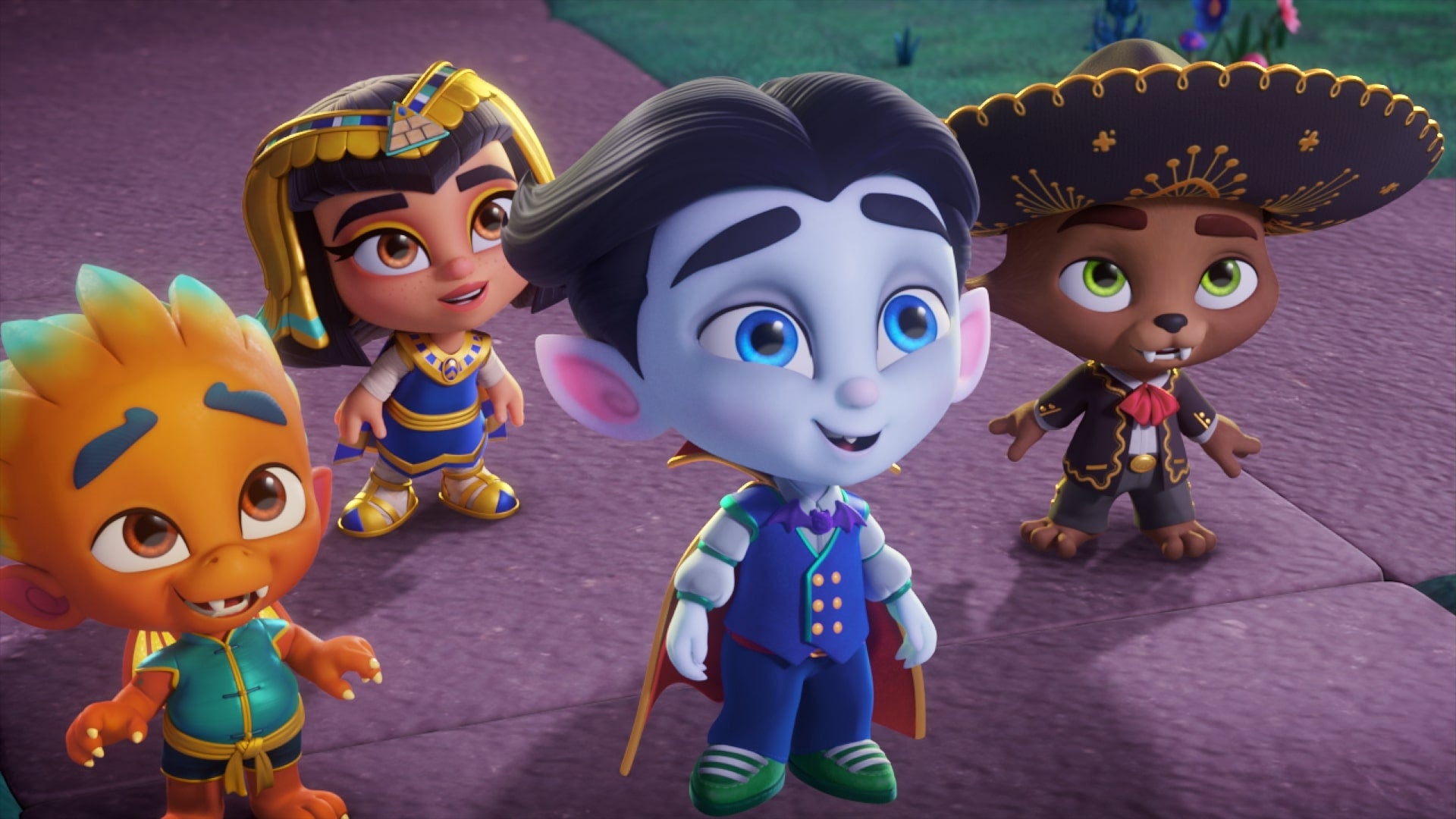 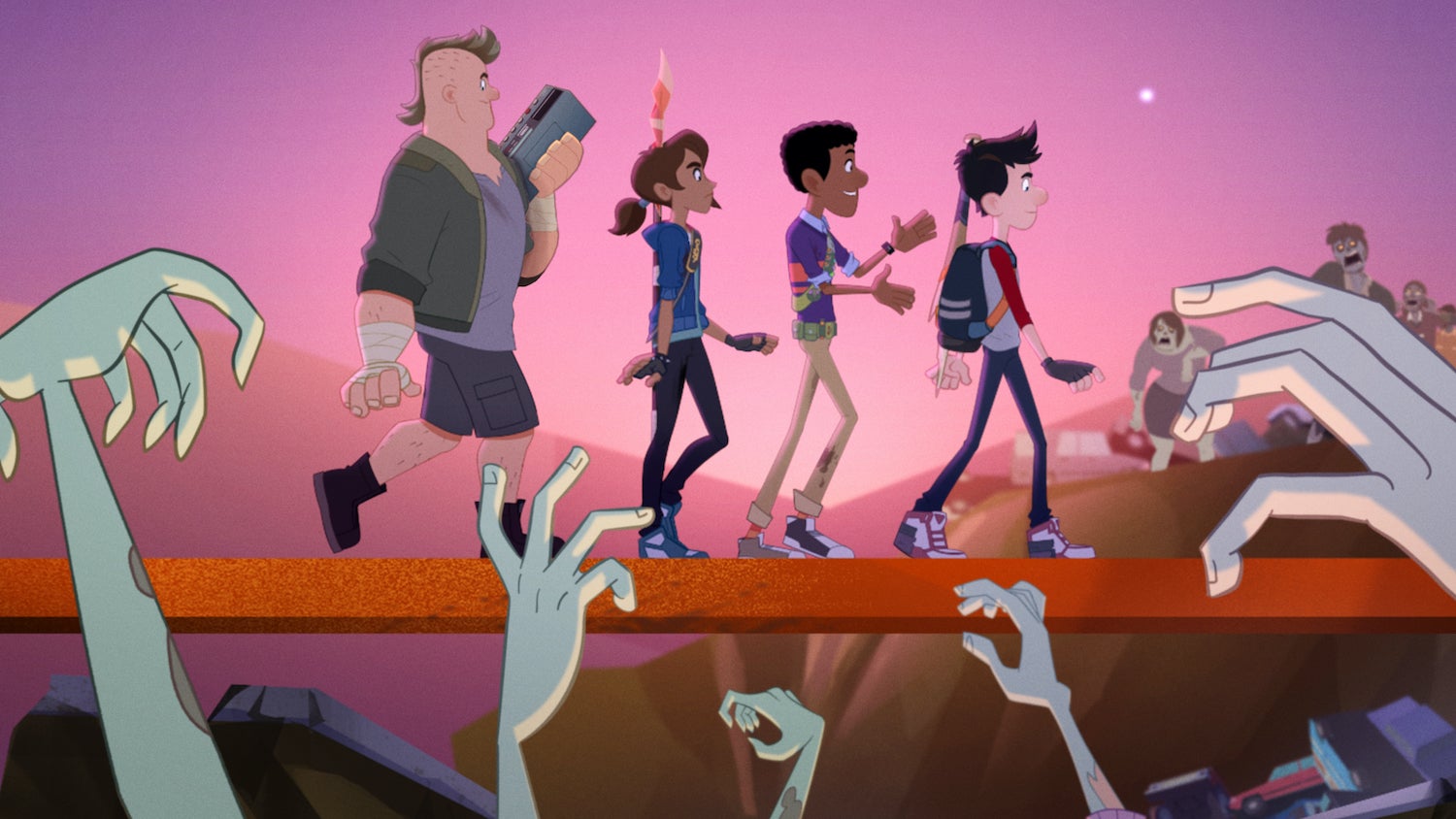 Synopsis: As the four pals continue to live it up with their monster allies, Jack worries a newly discovered radio transmitter may put an end to the fun.