Here at IGN, we’re always looking for new ways to bring our community together to embrace what we’re most passionate about. That’s why we launched Watch From Home Theater, a weekly live show where we unite some of your favorite IGN personalities and special celebrity guests to watch some of our favorite films and shows together.

For this installment of WFH Theather, we’ll be watching two episodes of the show — “Ghosts” and “Brain Scramblies.”

Want to tune in to IGN’s WFH Theater? Here’s what you need to know! 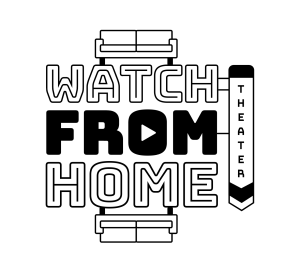 How: Participate in the chat by joining us in IGN’s Discord server or tweet along using the hashtags #ShadowsFX and #WFHTheater

IGN won’t be able to show the episodes in the live stream watch-along, so if you want the full WFH Theater experience, sync up the show on your devices and watch with us when we press “play” together! The episodes can be watched on Hulu. If you don’t already have a Hulu subscription, the service is currently offering a 14-day free trial for new users.

Watch From Home Theater isn’t just a show or an opportunity to watch a movie or television series; it’s a hangout with passionate people who share one thing in common — their love of film and TV. Each week, we’ll invite our viewers to join in the conversation using our WFH Theater Discord channel to chat with our host as well as our celebrity guests. With running commentaries that range from insightful to silly, each viewing will take on a life of its own based on what we’re watching.

Check out highlights from our previous episodes of WFH Theater below!

Source: IGN.com Watch What We Do in the Shadows With the TV Series Cast – WFH Theater