Celebrating Pac-Man’s 40th anniversary this Friday, Bandai Namco has announced that the iconic yellow gobbler will come to Minecraft as a new DLC. Bandai Namco also announced Pac-Man Live Studio, a free version of the game that you can play literally on a Twitch stream. 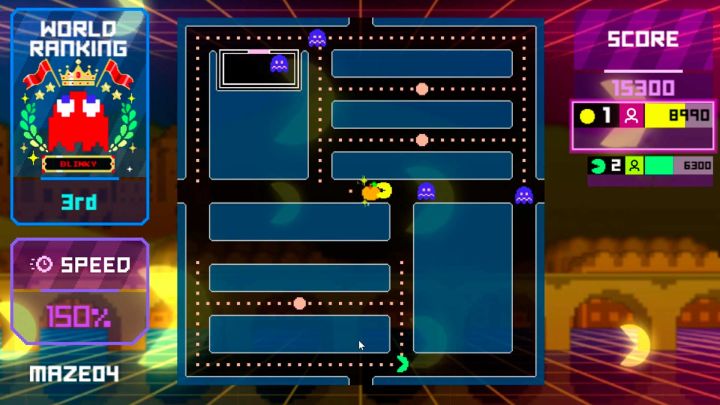 Bandai Namco worked with Amazon Games to bring Pac-Man Live Studio to life. The game allows up to four players to compete in one maze to eat the most pellets while surviving. Pretty standard Pac-Man stuff, but Live Studio will also let players create and share their own mazes, or just play the original Pac-Man map if they choose.

Every public maze will go into a leaderboard which can be used to discover popular mazes from other streamers and creators.

The Pac-Man Minecraft DLC shifts things to a more modern perspective, with ten 3D mazes to explore, and some seriously oversized ghosts hunting you down. Players can compete for high scores, or create their own maps, too.

Some of Minecraft’s familiar items will also be usable in these new Pac-Man mazes, like a stick of TNT, which blows ghosts and the surrounding maze walls to smithereens. That’ll show Blinky. Check out the trailer at the top of the page.

As if all that weren’t enough, GPU company Nvidia has developed something called GameGAN, a “generative adversarial network trained on 50,000 PAC-MAN episodes.” Basically, Nvidia used AI to develop a playable version of the classic Pac-Man game without using an actual game engine. The AI watched 50,000 playthroughs of Pac-Man and was able to replicate it in a fully playable form without actually understanding the rules of the game, generating new visuals for every bit of player input.

“We were blown away when we saw the results, in disbelief that AI could recreate the iconic PAC-MAN experience without a game engine,” said Koichiro Tsutsumi from BANDAI NAMCO Research Inc., the research development company of the game’s publisher BANDAI NAMCO Entertainment Inc., which provided the PAC-MAN data to train GameGAN. “This research presents exciting possibilities to help game developers accelerate the creative process of developing new level layouts, characters, and even games.” 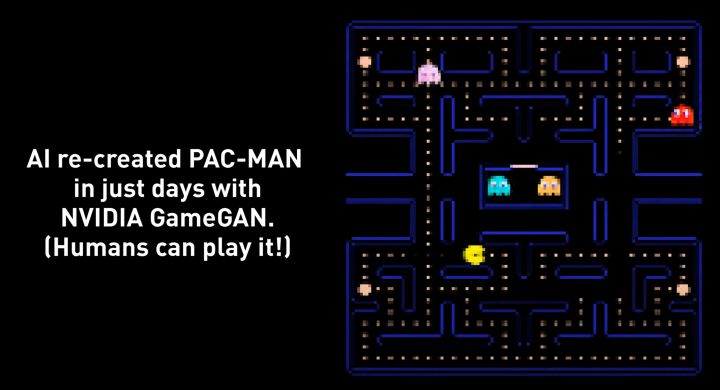 You can check out a video of the GameGAN version of Pac-Man here.

Bandai Namco has plenty of other stuff in store for Pac-Man fans, and you can find details on their official Pac-Man site.

Source: IGN.com Pac-Man Celebrates 40th Anniversary With Minecraft DLC and a Game You Play on Twitch