If you’re looking to read the greatest stories featuring Spider-Man nemesis Venom that are available on ComiXology Unlimited, then you’re in the right place. The digital comics subscription service offers over 25,000 comics for a monthly fee (and as of this writing, you get the first 60 days free when you sign up for ComiXology Unlimited), so we’ve combed through the offerings to find the very best Venom comics and graphic novels for you to sink your eyeballs into.

Venom is a tricky character to get right, which is why there are not as many top tier Venom stories as there are for characters like Batman. (Speaking of Batman, here are the best comics on ComiXology Unlimited featuring the Dark Knight.) But when a creative team truly cracks what makes the duality of the man/symbiote relationship so fascinating, and pits them against villains that provide both a physical and philosophical challenge, all while maintaining the character’s anti-hero vibe, the result is always something unforgettable… and a little disturbing, in just the right way.

These are those stories. 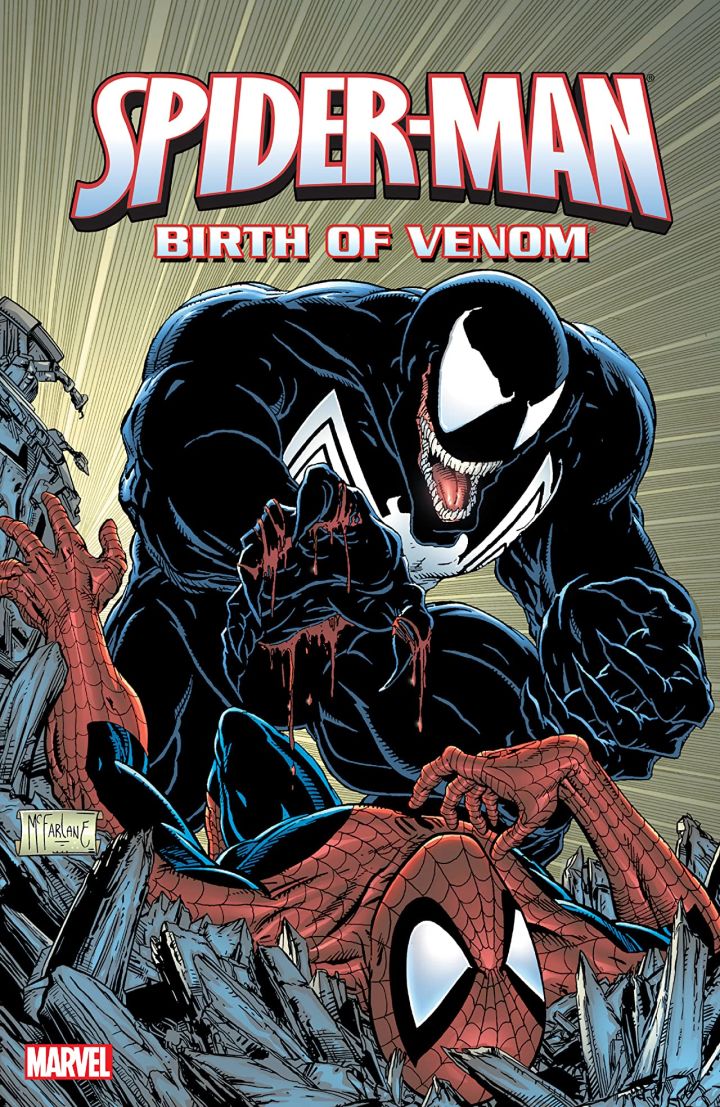 By various artists and writers

This is the one to read for the classic origin story of the symbiote, Spider-Man in his black costume, and the first appearance of Venom proper. The story began in the Secret Wars crossover event, where Spider-Man found a strange new black costume, and spread across several different Spidey titles, eventually leading to the creation of what would become a toothy, slobbering Marvel Comics icon. The various plot threads are all collected here to tell one singular story. Take yourself back to a time when nobody knew what the black costume would become and enjoy watching the characters explore its mysteries and dangers for the first time. 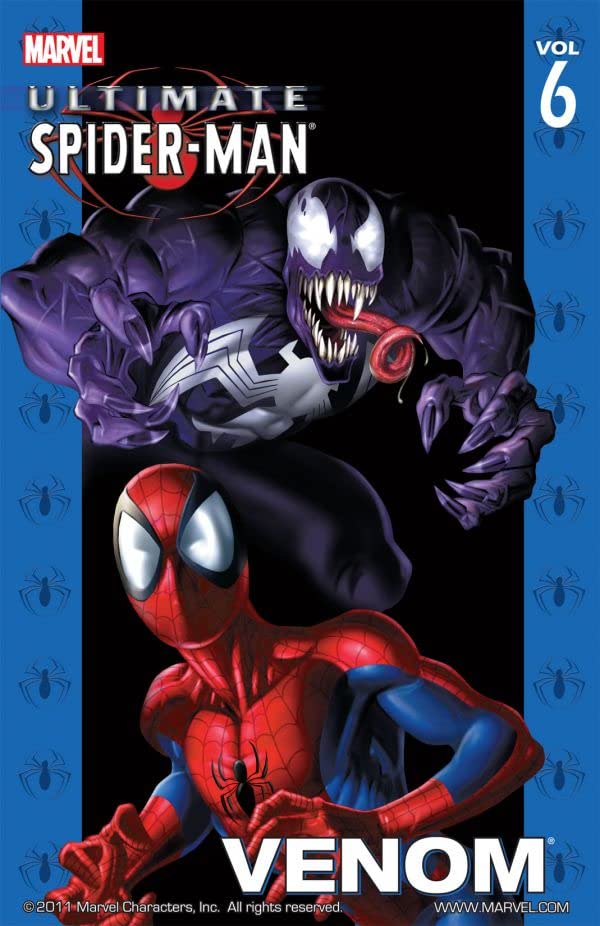 Venom has been around so long that we’ve seen many takes on his origin. The one in Ultimate Spider-Man is especially interesting because it throws out the whole alien host aspect in favor of creating a more personal tale between Peter Parker and Eddie Brock. In this modern reboot known as the Ultimate Marvel Universe, the symbiote was a cure for cancer created by Peter and Eddie’s fathers. As they discover the shared work of their parents, the story shows the two young men form a bond, only for the experimental symbiote to create a rift between them when it becomes a waking nightmare. It’s an emotionally rich tale that mines the symbiote for all the horror and drama it’s worth. 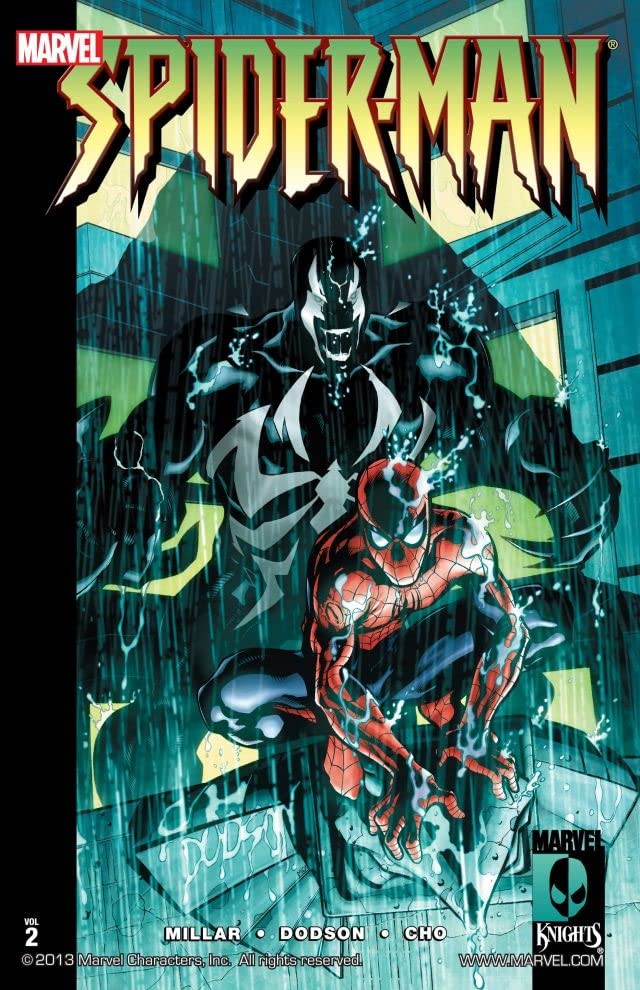 While this is the middle chapter in a three-part Marvel Knights Spider-Man arc, it’s something any dedicated Venom reader will want to pick up. (Although, Mark Millar’s full Marvel Knights Spider-Man story is available on ComiXology Unlimited if you want to read it.) This story is notable for doing something a little different with the symbiote, including starting the trend of the symbiote switching hosts to someone other than Eddie Brock, so if you feel like you already know the Venom basics and want to be kept on your toes, this one’s for you. 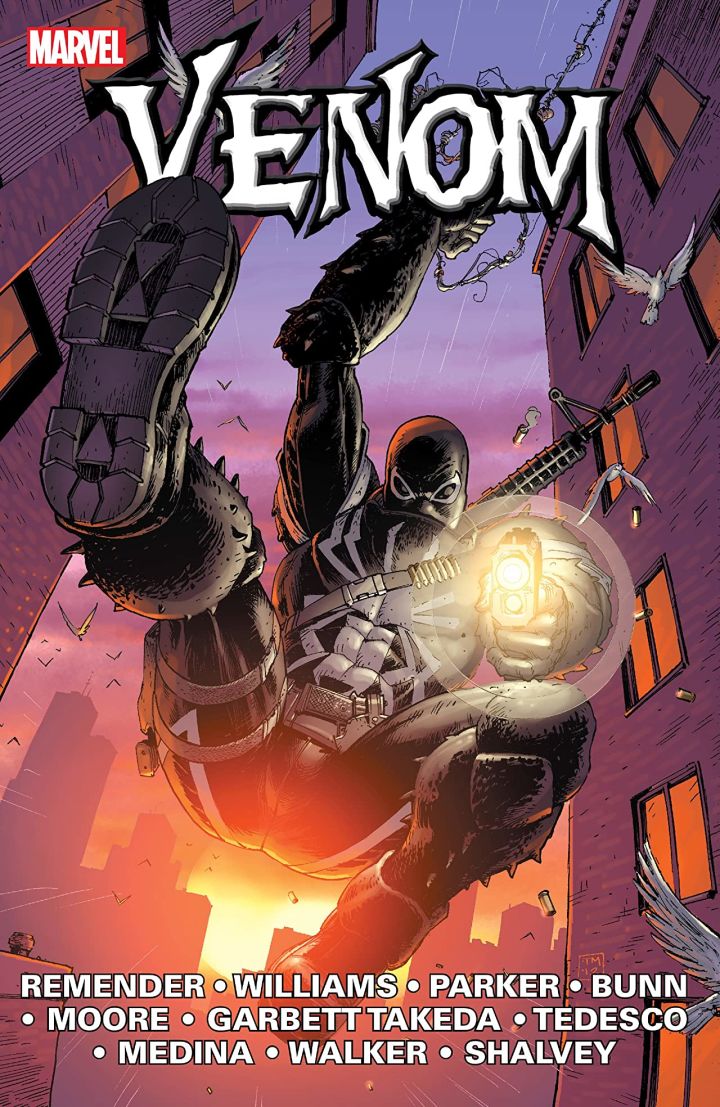 By Rick Remender and various artists

Speaking of swapping hosts, Rick Remender’s saga starring Flash Thompson in the symbiote is hands down the best Venom story ever told. ComiXology Unlimited offers the complete run spread across two volumes for your reading pleasure, and they’re some of the hardest hitting comics around. The US government is in control of the symbiote and they offer disabled veteran (and old pal of Peter Parker) Flash Thompson the chance to get back in action by bonding with it to become Agent Venom. It may sound like a cheesy ‘90s gimmick, and in a way it kind of is, but watching Flash battle his personal demons while dealing with an actual space-demon that encourages his worst behavior makes for one hell of a comic book. 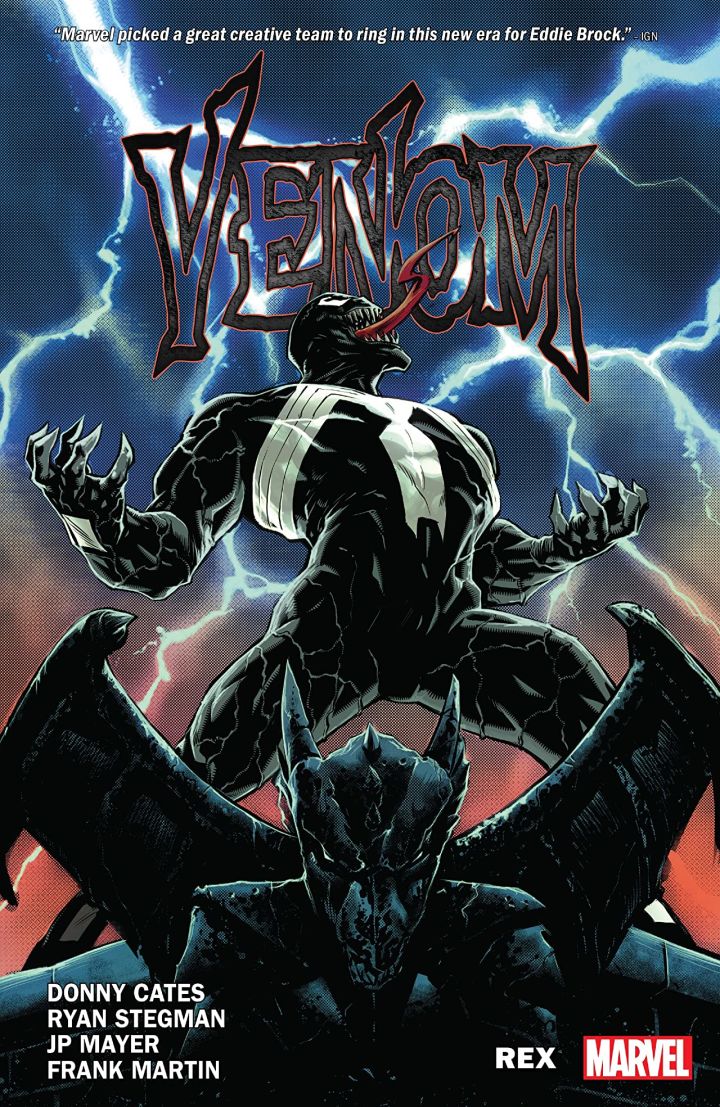 By Donny Cates and Ryan Stegman

While Remender’s Venom is more grounded with its espionage angle, Donny Cates goes in the opposite direction. His Venom run embraces the cosmic aspect of the character to weave a new mythology for the symbiote that is grand in scale… and actually pretty confusing if you think about it too much. But the story moves from one bonkers beat to another so fast that it’s best to enjoy it like you would a wild roller coaster ride.

To get even more out of your ComiXology Unlimited account, check out these longer comics perfect for binging: